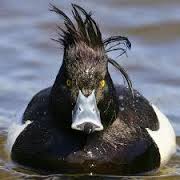 This week’s stories have no unifying theme other than they kind of capture the end of term mood, a certain grumpiness on the part of the writer (Bjorn Lomborg’s tsk tsking of clean energy advocates, Paul Collier’s screed against immigration) or not altogether pleasant images (an elephant run amok in a wedding, modern conflict with bows and arrows). Happy grading! Or dissertating! Or turning in those final papers! Enjoy. (My wife pointed out a hopeful Iranian “Yes We Can” video of Rouhani so all is not bleak!).

Get off My Lawn: The Written Version

THERE’S a lot of hand-wringing about our warming planet, but billions of people face a more immediate problem: They are desperately poor, and many cook and heat their homes using open fires or leaky stoves that burn dirty fuels like wood, dung, crop waste and coal.

Many on the left, for their part, don’t like to recognize that we’re taking away fairy godmothers. They prefer to believe that they’re helping poor people flee difficult situations at home. But we might be feeding a vicious circle, in which home gets worse precisely because the fairy godmothers leave.

Get off My Lawn: The Photographic Version 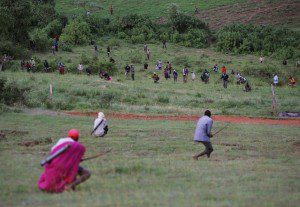 This Week in Conservation Bad News

In a paper last year, he [Lincoln Brower] cited three major factors: Deforestation in Mexico, recent bouts of severe weather, and the growth of herbicide-based agriculture destroying crucial milkweed flora in the Midwest. Source: Washington Post – The total annual area occupied by overwintering monarch butterflies from 1994 through 2013 has declined significantly, with the all-time smallest area reported during the 2012–13 overwintering season. (Source: Brower et. al 2012 updated with data from the author for the past two years)