Its World Cup season again.  That time a year when I start getting interview requests about soccer/football, fandom, and loyalty.  The assumption for many seems to be if you are a citizen of a state, you must give a certain amount of loyalty to said state.  Fixed nationalism for many is an assumption.  With global immigration patterns and international connectivity, these sorts of ideas can no longer be assumptions.

This leads us back to the mythical test of national loyalties.  Can you pass your local cricket test? It’s a simple proposition, basically, do you support your national team above all others. Developed due to Lord Tebbit’s famous cricket test, the contention by the politician was 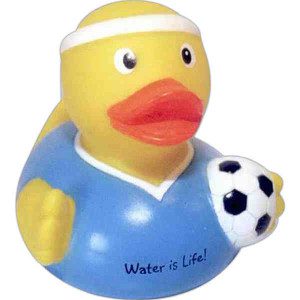 that new British immigrants were disloyal to the country and evidence for this was that the immigrants support their former home’s national team over the English cricket team.  The claim continues to be made especially in light of the influx of those of Latin American decent into the United States.

Loyalty is a difficult question.  American audiences are always amazed to see Latin American teams descend on American cities by the tens of thousands to see the Mexican National Team, Bolivian, or any other prominent Latin American team play in the US.  The reason these teams do so is simple, they are ready avenues to revenue given the relative affluence of the market and the loyalty of the audience to the nation of their birth.

For some this is shocking.  For someone like me, it is certainly understandable.  Why is it that we do not question loyalties developed at birth to political parties, religions, or even cars, yet we question it when Latinos continue to express an attachment to the teams of their birth.  This development makes a lot sense from the perspective of a political protest.  Rooting for a sports team can be a safe place to protest.  It is an allowed expression of nationality.  This practice is not necessarily a challenge to the state, just an expression of pride.

As I lay out in this recently published article, there is also a large element of disappointment in the state for many.  These expressions or forms of protest would be unnecessary if the state could adequately incorporate minorities into the system.  Their rejection and exclusion by the dominant culture makes it likely that they need a place to vent these disappointments.  Sport is certainly one avenue to do this.  Music is another.

The question of the cricket test still comes up often.  It will arise in the build up and coming of the World Cup.  And it will arise on certain occasions of national threat as it did during the terror attacks in London in 2005 and the brutal butchering of a British solider in the streets on London.  No one needs a cricket test, what we need is more cultural acceptance and understanding in a concrete manner.  I would propose a reverse cricket test, how many Latinos (given the large size of the population) are on the US National Soccer team?  Certainly on this statistic the US quite often fails to pass its own cricket/soccer test.