Public Opinion in the Midst of the Syrian Civil War

I have been an admirer of Sam Whitt’s work for some time.  He has always done interesting research, being one of the first to study and publish on Katrina and run surveys/experiments on divided post conflict societies.   Whitt and his colleague Vera Mironova, conducted a survey of civilians and rebels in Syria during the Civil War. 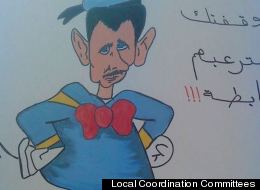 This fascinating study points out many problems and issues the international community will face as it tries to push for a peaceful solution to the Syrian Civil War.  Moving beyond the civil-military gap and also the more modern socio-military gap, Mironova and Whitt identify what might be called the civilian-rebel gap.  In Syria, most rebels are focused on revenge and removing Assad from power while the civilians are tired of the fighting, starving, and want the conflict to end now.  These growing divisions are important to understand as the international community pushes for a solution to the violence.  Often scholars fail to investigate the within group preferences of a domestic population and avoid examining active war zones, Moronova and Whitt attempt to do both.

The first bit was published in an op-ed in the Chicago Tribune and we will see more work float out as time goes on.  I will try to update this page as more information and work is released.  Mironova and Whitt kindly supplied a summary of their work so far.

Expectations of Peace in Times of War: Evidence from Syria

In this research, we address individual preferences for war termination and negotiated settlements for peace as a conflict is still unfolding. We focus on the case of Syria. Our query is to what extent ordinary civilians and low level combatants have heterogeneous preferences to negotiate with adversaries or fight until victory? Most studies view conflict termination from a standpoint of decision-makers in international relations, paying less attention to the voice of ordinary civilians and low level combatants who are often most directly affected by violence. We argue that civilians and low-level combatants could have an influence on both when and what type of negotiation settlement will be implemented and how long peace will last. While it is true that peace agreements are signed on an international level by the highest ranking government officials, we think it is important to take into account ordinary people’s preferences and concerns, as noted by the literature on two-level games (Putman 1988, Levendusky and Horowitz 2012).

In August 2013 we began to track public opinion from inside the Syrian civil war, focusing on Syrian civilians and Free Syrian Army (FSA) soldiers in the rebel controlled territories (including frontlines of Aleppo in 8-9/2013 and Idlib in 11-12/2013). Using cluster sampling methods, we ask civilians and male and female rebel fighters to complete a series of behavioral experiments (dictator and risk games) followed by an extensive survey on a broad range of issues including views on democracy, attitudes toward the United States and any possible Western military intervention, support for the FSA, willingness to negotiate peace with Assad, and prospects for Syrian unity after the war. We are currently conducting new rounds of data collection inside Syrian and with refugees and displaced persons outside the country. Our research has IRB approval.

To our knowledge, this is the first opinion data collection effort to be publically acknowledged since the beginning of the conflict. We faced many challenges in the process of collecting these data, but we hope that our efforts will provide scholars with insights into civilian and combatant preferences and behavior in real-time as conflict is unfolding. 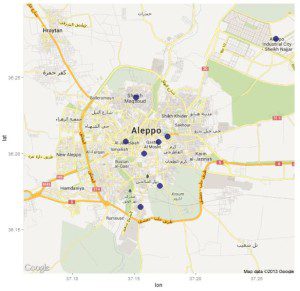 Are CIA Drone Pilots Likelier to Comply With International Law?