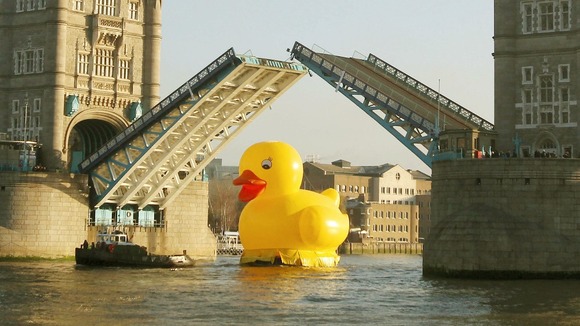 Your humble blogger (I like saying that. Now that Dan Drezner no longer has a blog [sniff], I will say it for him)…Your humble blogger is in London, and after a red eye flight, a noon presentation, ten hours of a sleep coma, another presentation, I’m ready to provide you with your latest in belated Thursday links. Themes this week (surprise!) – HIV/AIDS spending, conservation, pollution, GDELT lives!

I believe there was a slight kerfuffle about blogging and the ISA, though I can’t be sure, though my colleagues Amanda, Jon, Charli, and Steve have had a little something to say about the topic. Tsk, tsk, short-sighted ISA people, whoever you are. Trying to silence or discipline the mighty blogger with your rules, oh that can’t be a good idea.

And I was just saying, the ISA is so great, right? I know. But, blogging is unprofessional, unless its done under the official aegis of the journal overlord for which you serve. The choice between journal editorial board and blogging is easy; it’s like choosing between a faculty meeting and ice cream. More ice cream please! Not like this story has legs or anything (Hello, Guardian. Why hello, Chronicle of Higher Education).

I was sickened by this because poachers are killing animals for stuff that is made out of keratin, the same substance in fingernails. I’ve been to both Nairobi National Park, just on the outskirts of the Kenya capital, as well as Kruger National Park, which is just a magnificent place. In the latter, we spent four days on a walking safari which is about the most awe inspiring thing one can ever do.

Unique photo of Nelson Mandela on a walk in the Kruger National Park. His guide was (and photo by) William Hlatshwayo pic.twitter.com/VnoF31cQhH

The bottom line is that GDELT is one of the very few event datasets in existence today that actually has all of the necessary permissions. The concerns that have recently been discussed were raised by two faculty members at the University of Illinois and were examined by a panel of faculty experts convened by the University of Illinois’ Vice Chancellor for Research. That panel formally cleared GDELT on behalf of that office stating “the Panel finds that it was not able to conclude that GDELT is founded on misappropriated … data or software.” With respect to concerns raised regarding the open source TABARI software that GDELT makes use of to create its CAMEO event records, the same panel explored concerns raised regarding its ownership and similarly found that “TABARI … has well known antecedents at another institution dating back to at least 2000 and therefore is not attributable to the [University of Illinois]“. While this whole situation would have been easily avoided with just a little communication and avoided a lot of unnecessary angst, the silver lining is that it has demonstrated just how widely-used and important GDELT has really become over the past year and we are tremendously excited to work with all of you in 2014 to really explore the future of “big data” study of human society.

How Do You Change a Policy That Doesn’t Exist?: the combat exclusion one year later