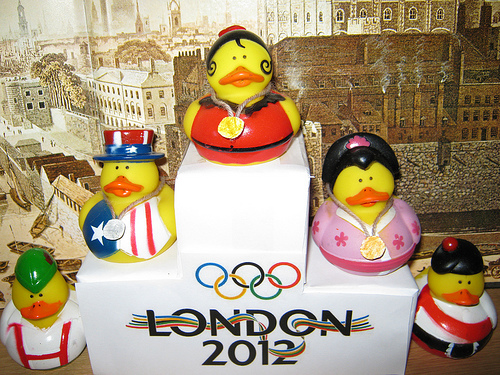 This Duck spent the day in the car en route to the Brazilian consulate in Houston to get visas for a summer field course so I’m running behind in my linkage for the week. In the car, I had the amazing experience of listening to an audioversion of The Idealist, Nina Munk’s magisterial account of Jeff Sachs and the Millennium Villages Project. I’m moderating a conversation with Ms. Munk on Monday. For those of you who follow debates in international development, I found her take on Sachs to be quite measured, far more nuanced than the media accounts I had read. At times, I found myself admiring Sachs and at other times was amazed by his naivete. Throughout, I was enthralled by the access Munk had to pull off the enterprise. I’ll have more to say about it after Monday…

In the meantime, the Winter Olympics have started! Here is some news to accompany what promises to be a weird sporting event, given the live tweets of journalists who found their rooms in disarray, the campaign to kill stray dogs, a blockade on U.S. yogurt, the anti-gay laws, and the specter of terrorism. On top of that, the U.S. ambassador to Russia announced that he is done after Sochi. More curious, a call by the Deputy Undersecretary of State and  the U.S. ambassador to the Ukraine was leaked on YouTube. At least the skiing and snowboarding tonight was fantastic.

I have a room! No heating or internet, but it has a (single) bed at least…

Why are Russians denying the US Olympic Team its @Chobani? #Sochi2014 https://t.co/BjmzmkPx1M