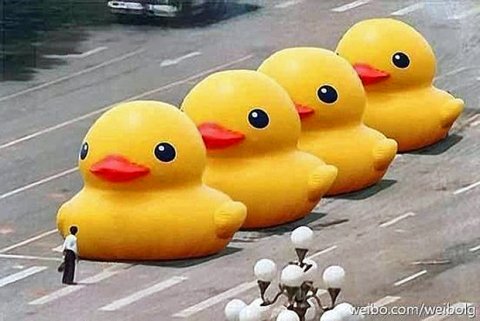 I came across this news story which underscored to me the challenges that the Chinese government has in confronting their air quality problem, what I previously likened to rapidly turning a supertanker. An official Chinese study described Beijing air as “barely suitable” for living, the second worst of 40 global cities.

In response to last year’s “airpocalypse” and on-going concerns that pollution may constitute a threat to regime stability, the Chinese government is rolling out a series of measures to come to grips with its pollution problem and deal with the oft-reported weakness in the center’s capacity to enforce regulations (see work by Liz Economy, Ken Lieberthal, Trevor Houser among others). In addition to stories of China’s efforts to deal with pollution, the government may also be taking a more serious role in addressing poaching and the trade in ivory by its citizens. The following round of links address these issues.

China Gets Series on Air Pollution

China could grant its undersized environment ministry new powers over resources, possibly allowing it to veto projects, and more muscle to punish polluters as part of a government shake-up next month.

These are contracts are significant because they tie leaders’ performance directly to salaries and promotions, signaling the top leadership’s commitment to tackling air pollution. However, not meeting the targets does not necessarily mean that a government official would be fired. In fact, according to the official announcement, failure to pass annual assessments toward targets results in an MEP inspection of the organization’s department, demerits reported to department supervision, interviews with responsible parties, and suggestions for rectification. Most importantly, these contracts have the backing of the State Council, the chief administrative body of the People’s Republic of China.

If the Party stays on this course, it will be a victory beyond simply cleaning up the air – it will help repair the perceived rift that has emerged between the Party and the people of China. In the eyes of the nation’s leaders, the credibility of the Party is the nation’s single most important asset. The disparity between the air pollution readings released by the U.S. Embassy and the readings released by the Chinese government has challenged such credibility. Another reason for the limited transparency was to protect coal producers, oil refiners, and manufacturers who, as a bloc, have prevented meaningful controls from taking effect. The government eventually released the data because the interests of those must be subordinate to the interests of the Party as a whole, creating an alliance between the Party and the people of China against those interest groups.

China, the world’s biggest solar market, set a national limit of 14 gigawatts for solar power capacity addition this year to be eligible for subsidies….China added a record 12 gigawatts of solar power in 2013, almost matching the amount being generated in the U.S.

In Other News: China and the Ivory Trade

As a high-level summit to combat wildlife trafficking and poaching opens in London on Wednesday, hosted by Prince Charles and the Duke of Cambridge, shifting Chinese attitudes towards ivory will be one of the most important goals, given that it is the world’s most populous nation with a strong appetite for elephant tusk.

It will not be easy, as Fu Junjun, who works at her father’s ivory shop in the 11-floor market, testified.

“The price of ivory keeps going up, and the government’s decision to destroy that ivory stockpile actually helped us,” she said, referring to the recent crushing of six tons by the Chinese authorities.

“The smaller stores now find it harder to get a good supply, but bigger stores like us have hardly felt any impact and it helped put the price up.”