You Think You Have a Facebook Problem? The IDF and Social Media

Dan Levine sent on this great write up of the Israeli Defense Force’s (IDF) problems with social media.  A few highlights:

“In 2010, a soldier in the artillery corps posted this status: “Cleaning up Katana and home on Thursday.” Katana is a village in the West Bank. The status revealed the time of the planned raid and the unit involved. The other soldiers in the unit, also apparently glued to their screens, saw the update and, feeling imperiled, let the authorities know.” 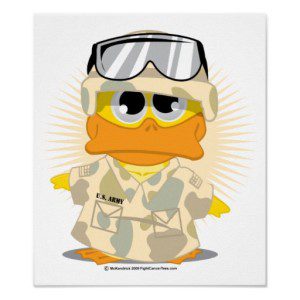 “Later that year the IDF Military Intelligence Directorate sent out a bulletin to soldiers featuring photos of drones and other sensitive IDF equipment. The photos were from an official Hamas website, the bulletin said; all had been downloaded from IDF soldiers’ personal Facebook pages.”

“In October 2012, Walla News revealed that several generals in the IDF General Staff had joined a WhatsApp group in order to streamline unclassified communication and to gossip”

Mirroring our own organizational problems in IR (ahem…), the IDF has banned those in specialized and secret units from maintaining Facebook accounts. After rampant abuse, the only recourse for some is to ban the use of the social media because locations, movements, and intent can be determined by any hacker able to work a computer.

To me, this sort of report is becoming a trope.  By this I do not mean that our digital freedoms are being restricted but that our main enemy online is not the opposition, it is ourselves.  People do stupid things online all time, our vulnerabilities are often of our own making.

Overreacting and banning online engagement is the worst reaction to such problems.  The first step should be teaching about safe and correct online practices.  When on a mission, don’t post anything.  When in a sensitive office location, don’t log into any of your online accounts.  Save it for home.  In overreacting to digital infractions, we make ourselves paranoid and cut off avenues to digital collaboration.  Maybe the IDF generals using WhatsApp had a point, an online, quick, social platform to communicate could be really useful, it is just probably best not to do it through WhatsApp or Facebook.  Their Terms of Service (TOS) are scarier than most armed forces.