Nuclear weapons wouldn’t have fixed what was wrong with Ukraine 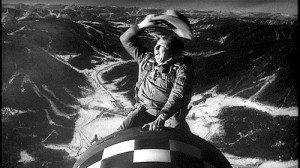 Tyler Cowen discovers John Mearsheimer’s seminal 1993 Foreign Affairs article “The Case for a Ukrainian Nuclear Deterrent”. Since I know I won’t be alone in teaching this piece the next time I put together an Intro to IR reading list, let’s take a moment to see whether, as Cowen wrote earlier, “the expected rate of return from denuclearization has fallen”.

International relations scholars disagree about a lot when it comes to nuclear weapons, and the belief, which I mostly share, that nuclear weapons mitigate the outbreak of interstate wars is not the only view. Even Mearsheimer in his article points out that “nuclear proliferation does not axiomatically promote peace and can in some cases even cause war.” But more than a few IR scholars would agree that nuclear weapons are not in themselves causes of war and may even pacific effects on the international system. Sometimes, of course, pacific properties aren’t desirable from a Washington-centric point of view. I suspect that the lesson quite a few leaders that American officials find to be distasteful or threatening took away from the examples of Iraq and Libya was that nuclear weapons can deter U.S. intervention. We should also be mindful that the more nuclear weapons exist the likelier it is that one of them will be used inadvertently. Nevertheless, although I have great respect for the work that Scott Sagan has done on nuclear accidents, the fact that Pakistan and India have been able to coexist since their declarations of nuclear arsenals has gone a long way toward convincing me that the risks are more remote than the pessimists have feared. (As a friend reminds me via email, the non-nuclear Kargil War is an important piece of process evidence in this regard.)

Instead of asking whether nuclear weapons matter in general, as Cowen does, we should ask whether they matter for Ukraine in its current situation. The answer is almost certainly not.

What, after all, is the counterfactual? If Ukraine possessed nuclear weapons, it is probably unlikely that Russia would have moved so precipitately in the Crimea. But it’s not clear at all that nuclear weapons would have made any of Ukraine’s recent governments more stable. After all, the Mearsheimer hypothesis is that nuclear weapons will deter Russian intervention and “a Russian reconquest of Ukraine” (a probability much dimmer today, when we know better what prolonged occupations by great powers look like, than it was when he wrote 20 years ago). Ukraine’s decade of political instability, however, has had domestic roots, and it is difficult to see how nuclear possession would have changed Russia’s behavior in trying to bring Ukraine back under its political umbrella or paved over the ethnic and linguistic fault lines in the country.

We know very little about how a nuclear-armed country faces domestic unrest. Indeed, of the major nuclear powers, only the USSR, post-USSR Russia, and the PRC have faced massive domestic demonstrations on the scale of the Independence Square protests. In neither case, as far as I know, does anyone think that the possession of nuclear weapons mattered for the outcome of those demonstrations (even though it surely kept the rest of the world on tenterhooks). This matters because the motivation for Russia’s intervention is (probably) not the sort of almost atavistic territorial expansionism Mearsheimer ascribes to Russia in his article (written, again, less than two years after the fall of the Soviet Union) but instead a relatively comprehensible and limited attempt at partition or Finlandization (see Dan Nexon here and here).

Mearhseimer was definitely right that “abuse of [an ethnic] minority by the local majority could be a flash point for crisis” in Russo-Ukrainian elections. Yet his prescience on that point, and the persuasiveness of the more nukes, less wars argument on other grounds, should not lead us to condemn Ukraine’s leaders (and the U.S. government) for seeking to de-nuclearize the former Soviet Union. The events that led us to Independence Square and Crimea don’t involve the sorts of political relationships that nuclear weapons would have affected.