Russia, Ukraine, and a New Era of International Relations 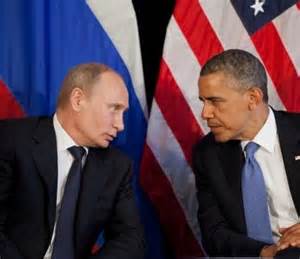 The U.S. and Russia are not engaged in a new Cold War, but Russia is clearly playing the geopolitical menace du jour. The U.S. and Europe are going to need to up their game to keep Vladimir Putin’s hands off the rest of Ukraine. Beyond this crisis the West needs a new defense posture, as the world just entered a new era of international relations.

Just weeks ago numerous observers dubbed the opening of the Winter Olympics in Sochi “Putin’s Triumph,” when it was anything but that. Russia may have barely edged the U.S. in total medals, but the price for Putin’s orderly Olympics was serious repression, severe environmental damage, and seismic corruption. Then came Ukraine.

His reputation already tarnished, Putin seemingly wasted little time in setting off the biggest East-West crisis in decades. But contrary to conventional wisdom, his abject territorial grab of Crimea has less to do with any grand plan on his part—and more to do with western miscalculation and the momentum of reactive decision-making by a country led by officials with a stark inferiority complex.

The catalyst for the current crisis came in two parts. First, Europe badly miscalculated by offering Ukraine membership in the European Union (EU) and making ensuing moves that forced Putin’s hand by making him choose to keep Ukraine in Russia’s sphere of influence or not. Second, Putin did not decide to embark on his current course until the day after former President Yanukovich fled, specifically when the Ukrainian Parliament stripped him of his powers and scheduled new president elections.

But the seeds of this crisis were sewn long before. Putin and his coterie have long been adding up sleights from the West:  NATO expansion to Russia’s border, in particular the Kosovo War and the bombing of Serbia without UN Security Council approval, the same for the Iraq War, U.S. involvement in the Ukraine and Georgia revolutions, an intention to install radar stations in Poland and the Czech Republic, and NATO’s coming close to offering both Georgia and Ukraine membership.

Russia is not “back” so much as acting out again in its own region of the world. Its 2008 invasion of Georgia, notably, came after the end of the Kosovo War when NATO and Russian troops raced to be the first to occupy a former Yugoslav Army base on the outskirts of Pristina. Russian Foreign Secretary Lavrov at the time flatly stated that the West was forcing Russian to go to war somewhere. After making good on that threat in Georgia, Russia kept troops in two breakaway regions of the country that are now considered in international limbo.

So after a period of virtual strategic irrelevance, Russia has achieved a Pyrrhic victory. Putin has gained Crimea, but he has cost Russia a great deal in both economic and reputational terms, made a mockery of future claims of any imperative for the West to gain approval of the UN Security Council for crisis interventions, and above all lost the rest of Ukraine.

Or not? Will Putin seek further Ukrainian territory in the Russian-speaking east? Already Russian troops have seized a petroleum plant across the border in Ukraine proper and Russia placed thousands of troops just over Ukraine’s eastern border for the purposes of “exercises.”  Moreover, Putin is displaying enormously risky behavior, for direct altercations could easily spiral into a prolonged battle that with reinforcements could rapidly lead to full-scale war.

It is better to deter him from even trying. To do this the U.S. and Europe need to do more than place a small number of jet fighters in Eastern Europe and kick Russia out of the G8. Putin views the West as feckless and is likely emboldened by the lack of a robust Western response thus far. Much more costly economic sanctions are necessary, plus stepped up aerial patrols, forward placement of additional ground capabilities, and staging a NATO ground exercise in Poland, in order to establish credible conventional deterrence.  Now that there are indications that part of Moldova–on the other side of Ukraine–may also be in Russia’s sights, this has become an urgent task.

At present, in conventional deterrence terms, the U.S. and Europe are not credible in the eyes of Putin.  The fact that he views the West as feckless and unlikely to intervene indicates that deterrence is low.  Western inaction in this case is more likely to lead to a massive Russian action, thus moderate action intended to augment deterrence is necessary to prevent this.  The Western preference is to keep the rest of Ukraine intact but not to go to war to ensure this, thus it needs to focus on reestablishing deterrence but it has little time in which to do so.  Directly arming Ukraine would likely backfire, but ground movements in exercise form in either Poland or Romania would constitute an appropriately measured but more forceful response.

The Bush Administration’s error in not sanctioning Russia’s Georgia invasion is even more glaring in retrospect.  Now by openly accusing President Obama of appeasement, the American political right has only reinforced Putin’s perception. Yet in the process it made an unintentional but crucial strategic point:  other countries also need to be deterred from territorial takeovers, especially China. The aborted Syrian intervention already harmed Western deterrence, and a meager response to the annexation of Crimea could easily lead to a Chinese occupation of the islands it claims from Japan.

The Russia-Ukraine case may not be identical to the China-Japan case, but would be border changers are buoyed by Putin’s getting away with Crimea fairly cost free.  Japan is more powerful than Ukraine, but until very recently has been averse to using force and has little experience doing so.  Thus, if China does not view the U.S. as credible in conventional deterrence terms, it may be emboldened to occupy the disputed islands despite the US-Japan defense treaty.  The lack of action in the Syria and Ukraine cases has degraded this deterrence; it now needs to be reestablished.

The fallacy of those advocating a buildup in Asia and drawdown in Europe is now clear. The U.S. commitment to its alliances in both the Asian and European spheres must be sufficient to achieve its simultaneous security interests. But with economic austerity and a decreased defense budget, the U.S. cannot build back up in Europe AND pivot fully to Asia. As a consequence the U.S. needs to rely on partners to a greater extent than in the past.

In addition to NATO, the most capable and like-minded bilateral partners are France, the UK, and Germany. Despite reduced defense budgets, they have made their military forces more capable and shown an increased willingness to act even when the U.S. is reluctant to lead. This new “lead nation” model calls for rotating which country spearheads a particular crisis intervention, with the others playing support roles by providing smaller scale but vital assistance.

On-the-fly uses of this yet to be fully developed model were on display in the interventions in Libya and Mali, as well as the near intervention in Syria. It is time to put this model fully in place, including in the Pacific theater by partnering with Australia and an increasingly activist Japan under Prime Minister Abe.  Meanwhile, this crisis is NATO’s to handle.

If the Post-war era after World War II gave way to the Post-Cold War era, that in turn gave way to the Post 9-11 era which has been with us for just over a decade. The new era–call it for now the Era of Incessant Conflict–may not be welcome, but with the Middle East in pieces and the forceful posturing of Russia and China we are going to have to get used to it and make the necessary adjustments.

It no doubt is too early to deem this a completely new era of world politics, but there nonetheless is something distinctive about this emerging period of international lawlessness.  In the past several years, since the advent of the Arab Awakening or perhaps back to the 2008 Russia-Georgia war, there has been a clear shift–not a sizable power shift, but certainly a notable shift in the ability of the West to influence the behavior of states who are not like-minded.

This rise of regional powers, an increased penchant for meddling across borders, and large-scale instability in the Mideast and elsewhere together herald a new period in which western powers rapidly need to recalibrate their capabilities and how they will wield the less effective tools of foreign policy in their hands.  Wielding them in concert will increase their utility and effectiveness.  But western leaders cannot afford to be led by their increasingly isolationist publics; it is time for them to educate their people about this emerging era, and get on with leading.