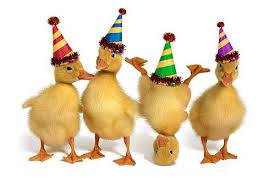 Greetings from Toronto. In advance of tonight’s OAIS blogging awards gathering at 7:15pm in Sheraton Ballroom C, the Duck non-collective collective got together for a pre-soiree soiree.  Folks were in good from. For many of us, it was the first chance for us to ever meet in person.

For me, this is a quick trip, as I’m headed back this am after a busy day of panels, the business meeting of the new ISA section on global health, and a lovely dinner sponsored by Bridging the Gap. With a toddler at home and a busy spring of travel, this Duck is needed to tag team on the toddler front before my wife heads to Midwest next week. Before I go, here are a few reads that caught my eye. Bob Gates on Ukraine, expats fleeing Beijing’s bad air, new WHO report on deaths from air pollution, debates about the climate coverage at the new 538, and more.

“@BillGates #TED asked me to share one chart there. Here’s my pick: pic.twitter.com/biZdBVXAny” – and with #opendata: https://t.co/lkilYkJDra

How Should We Study Energy and Climate Policy? Critical Insights from an ISA Roundtable