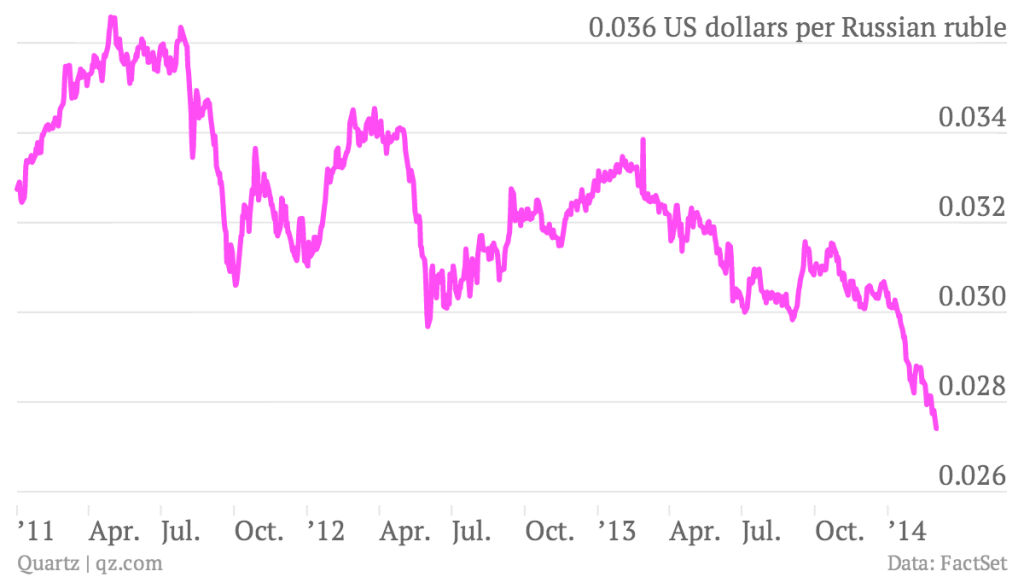 Will the markets tame Russia?

I don’t have an answer for this, as I’m not sure how globally integrated Russia is in to the world economy at this juncture or vulnerable given its fossil fuel resources, but I see that the Russian stockmarket declined this morning as has the value of the ruble.

I know Russia experienced significant economic crises in the 1990s after the breakup of the Soviet Union that made it dependent on IMF support, but my sense is that the resurgence of the country’s petro economy bolstered its international economic position. That said, I wonder if the markets can tame Putin in a way that politicians can’t. My bet is that if Putin is willing to tolerate high costs, then no, but I’d welcome our readers with more regional knowledge to weigh in.

For US folks just waking up, this will open your eyes – Russian stocks down 11% today: pic.twitter.com/reFBjktNo8

The two main Moscow stock markets, the Micex and the RTS, have fallen by more than 10% at the time of writing, in a broad-based selloff. Big Russian companies like Gazprom and Sberbank saw their share prices plunge as traders dumped their shares.

Here’s another tweet from a BBC journalist that put it in perspective.

We know that interdependence prior to WWI did not deter a war then. Maybe Norman Angell wasn’t right then, but maybe he will be now.

Ukraine: A Tale of Dueling Humanitarianisms?