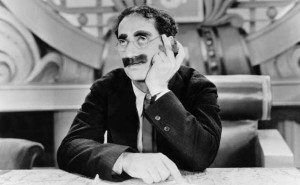 Dan Nexon argues that efforts to have Ukraine join NATO could be self defeating:

Moscow’s greatest fear is that Ukraine winds up a member of NATO. The more that NATO suggests it views Ukraine as worthy of military confrontation, the more Moscow will become convinced that an autonomous Ukraine — rump or otherwise — will someday become a member of the NATO alliance. The net result: escalating efforts by NATO at military deterrence actually increase the pressure on Moscow to take decisive action in the near term.

The whole post is worth reading, and those few Duck readers who don’t follow Dan’s blog should do so as soon as possible.

But there’s still something puzzling me about Russia’s adventurism in its near abroad: Who cares who joins NATO? Or, to be more precise, what role should NATO membership have in international relations theory?

I write with more disclaimers than usual. I’m not an expert on NATO, on Russia, on Ukraine, or on alliance systems in general. So my questions aren’t just rhetorical maneuvers to justify a blog post, but actually sincere motivations to think through some problems.

The hypothesis that many people seem to intuitively support is that NATO membership credibly commits the United States to defense of NATO members. This, however, is not all that convincing upon reflection. Sure, during the Cold War, the United States was as credibly committed to the defense of West Germany as it was to any of its allies, but alliance membership in itself was obviously not sufficient to motivate that commitment. Schelling’s argument about using forces as tripwires was motivated by the Berlin brigade, after all. Putting troops in harm’s (potential) way made the U.S. commitment credible in a much more meaningful way than signing the North Atlantic Treaty.

Nexon’s worries that a NATO committed to the defense of Ukraine will be a NATO over-committed and hence not credible at all reflects the notion of NATO as credible commitment mechanism:

At the same time, a botched commitment to Ukraine poses significant downsides. The worst-case scenario? That NATO emerges looking like a paper tiger. In fact, NATO and the United States do have legal and consequential security commitments to Estonia, Latvia, and Lithuania. This is where the alliance needs to draw its “line in the sand” against future Russian adventures, and where it needs to do so with as much credibility as possible.

But if countries really do make judgments about their interlocutors’ credibility on a current basis (as Daryl Press has argued), then treaty commitments shouldn’t affect Russia’s behavior one way or another. Regardless of how many signatures are on how many treaties, Moscow should evaluate U.S. commitments to Germany differently than U.S. promises to Ukraine.

Maybe, though, signaling concerns trump these objections. Perhaps alliance membership do serve as useful “lines in the sand”, as Nexon writes. Yet to whom are alliances meant to serve as signals? Potential adversaries? Other alliance members? The U.S. public? The last seems plausible, given that NATO has a fairly good brand name with elites. Given that relatively few Americans would opt to defend Turkey or Latvia in the absence of information that both countries are U.S. allies through NATO, it might be that Washington policymakers view a NATO commitment as valuable as a way to communicate to the public that they should take certain countries seriously. Joining NATO does, after all, put a country in the same category as the United Kingdom or France. In this case, a NATO-level commitment by Washington would indeed carry too many risks, both of conflict were the Russians to pursue a hostile course and of devaluing the best U.S.-run club were the United States to fail to live up to its credibility.

All of this fails to address why the subject of NATO membership for former Warsaw Pact members is so neuralgic for Russian foreign policy opinion, or why the threat of NATO membership might (as Nexon writes) prompt more activist Russian foreign policy initiatives. One line of argument that seems to explain both the U.S. and the Russian debates on the subject, as far as I am acquainted with them, is that membership in a formal alliance is a declaration of identity as much, or more, than it is a military commitment. Joining NATO, like joining the EU or the OIC, would then be an expression of a state’s self-identity (or, more accurately, of the role conception of the foreign policy elites who happen to be running that state at a given time). Having Ukraine join NATO would thus be a severe embarrassment for Russian policymakers, one that might pose such a threat to their understanding of the world and the role they play in it that it could in fact justify precipitate action. This explanation has some advantages, since it treats NATO membership as a question of social status first. It is also potentially flawed, since it doesn’t itself explain why these sorts of questions only seem to come up with regard to NATO and not (to my knowledge) ASEAN, the AU, or other international organizations.

As I mention above, I’m really not an expert on these issues, and a quick Google Scholar search shows that there’s a lot that has been written on “NATO membership”. On the other hand, one of the few easily accessible (non-gated) articles available is a 2001 Washington Quarterly piece by former secretary of state James A. Baker, arguing for the expansion of NATO to include Russia on the grounds that doing so would reduce Russian expansionism. The piece is an interesting viewpoint into policy-relevant work, but it is most interesting because of the imagery Baker seems to employ: “Putin has now played the NATO chess piece,” Baker writes. This leaves me with one final puzzle: Is there nothing that Putin can do that won’t leave Western observers thinking that he’s a brilliant chessplayer?