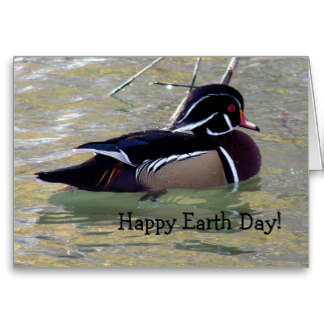 Johannes gave a spirited and optimistic take on Earth Day, which was Tuesday April 22nd. I think as an advocacy strategy that an optimistic call to arms strikes the right tone. One of the core findings from some framing studies carried out in the early 2000s suggested that overwhelmingly negative messages on issues like climate change leave people feeling fatalistic. This fatalism was on display this week when I advertised a yearlong MA class I’m teaching next year on global wildlife conservation. I only had 3 students sign up in an open registration where my class was up head to head with four others. One of my colleagues asked one of the students with an environmental bent why she didn’t sign up, and her response was that it was hopeless, that saving rhinos or elephants was like the war on drugs. I can’t tell you how disappointing and dispiriting that is, all the more odd because she identified climate change and water scarcity her preferred issue (talk about a hard issue to solve!).

Don’t Give in to Fatalism

In terms of the global wildlife crisis, my answer is that we can’t afford to give in to fatalism. I refuse to admit that allowing poachers to kill the remaining rhinos and elephants is inevitable. There have been major poaching crises before, and though, as Elizabeth Kolbert’s new book argues, we are in the midst of an era of human-induced mass extinction, political activity and study of the issues we care about is pointless if the world cannot be changed. I’m not blind to the challenges, but I wouldn’t be in this business if positive change weren’t possible. So, to that student, I say take my class and do one better, get involved. The environment is due for a mass movement again. Here are my set of links of stories that ought to get us off the couch. The news isn’t good, but it’s no time to throw in the towel.

In 1972, Anthony Downs wrote about the cyclical nature of issue attention in his article “Up and Down the Attention Cycle.” That was the first year for Earth Day, and twenty years later, environmentalism witnessed a similar emergence during my college years in the lead up to the Earth Summit.

In the early 1990s, I was an activist  in the Student Environmental Action Coalition (SEAC), and we held annual gatherings with tens of thousands of young people. 350.org is perhaps rekindling that kind of activism on college campuses, and I’m hopeful that this movement can find its footing to push for positive change, rather react negatively to developments it doesn’t like, like the Keystone XL pipeline.

In the meantime, here are the stories this week that pissed me off and got me motivated.

Up to 32 percent of imported wild shrimp, crab, salmon, pollock, tuna and other catch is poached, according to the study.

Conservation and Pollution in Asia

Where are the free-market, conservative ideas? The science is settled. Instead, we should have a legitimate policy debate between the center-right and the center-left on what to do about climate change. If you’re a conservative – half of America – why would you take yourself out of the debate? C’mon, don’t be stupid. Conservative people want to conserve things. Preserving the climate should be high on that list.

Here are some rousing end of semester songs to celebrate this week of Earth Day and hope the rest of 2014 yields some better news and a renewed sense of purpose about addressing global environmental challenges.

Sadly for Ukraine, The West Does Not Have Important Interests There