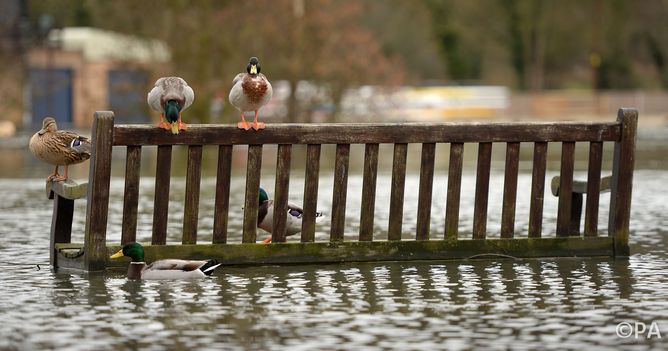 While Amanda is a glutton for punishment with both ISA and Midwest appearances, my wife and I are tag-teaming it – ISA for me and Midwest for her. In between diaper changes, Finding Nemo, and oatmeal, here is what I’m reading. Cambridge refuses to publish book on Putin for fear of libel, the IPCC Fifth Assessment report on climate change impacts is out, Japan cancels a whale hunt after ICJ ruling, China bags clean mountain air, no climate change at this year’s G20, and more.

This is a problem of English libel laws and a reasonable decision by CUP given those unreasonable laws https://t.co/x2TtFmEGBH

#IPCC#5AR reconfirms the dire risks for #Asia. #Water is new frontline in the battle against #GlobalClimateChange. . pic.twitter.com/frHwsU5FoP

A Whale of an International Court Ruling Against Japan https://t.co/nIMxQu5OgZ

China’s Air Quality is So Bad: How Bad Is It?

A Response to 538 and Pielke on Climate and Disasters

Suppose observations showed conclusively that the bear population in a particular forest had recently doubled. What would we think of someone who, knowing this, would nevertheless take no extra precautions in walking in the woods unless and until he saw a significant upward trend in the rate at which his neighbors were being mauled by bears?…One would be foolish to make plans that have to deal with U.S. hurricane risk without accounting for the evidence that the underlying risk is increasing, whether or not actuarial trends have yet emerged at the 95 percent confidence level.

Australia, Abbott, and the G20: No Climate for You

Happy #80th Birthday, #JaneGoodall. An inspiration as a #scholar, a #teacher, a #humanbeing. pic.twitter.com/4n9wop4R9b