Polio and the International Politics of Eradication: CIA Vaccination Ruse, Vaccine Trust, and DNA as a Tool of War 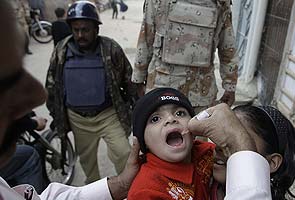 [Please note: this is a guest post by Alison Howell, Rutgers University- Newark]

The recent WHO designation of polio as a ‘global public health emergency’ has reignited debate as to whether the spread of polio is the result of reduced vaccine trust due to the CIA vaccination ruse in Pakistan. The vaccination ruse in Pakistan was part of the CIA’s apparent aim to get Osama bin Laden’s family DNA. In 2011 the Guardian first reported on the ruse and global health experts began to express concern that this would lead to vaccine refusals in Pakistan. There, major efforts were underway as part of the Global Polio Eradication Initiative, which was launched in 1988 and inspired by the success of the eradication of smallpox (a campaign very much tied up with Cold War politics, but that’s another story…). The Taliban opportunistically seized on the moment to ban polio vaccinations until the US stopped its drone strikes, and in 2013 at least 26 polio workers were killed.

With the WHO’s report of a rise in polio, the worst fears of a link between the CIA ruse and polio seemed to be confirmed. Yet, as reported in the BMJ, the WHO previously asserted that it did not expect the ruse to have a major impact on polio eradication. Despite the inconsistency, some media outlets have made a direct link between the CIA activities and this rise in polio. These arguments are understandable not only because they draw our attention to the serious and growing problem of the spread of polio, but also because they seem to point us to yet another major cost of the post- 9/11 wars. This is a tempting association, but there are at least three problems with it:

First- It is unclear that the issues at stake best captured by the frame of ‘vaccine trust.’ One of the problems with this emphasis is that it positions the Pakistani population (and especially women, who are generally understood as the ‘gatekeepers’ to children who are the targets of vaccination) as easily duped. It assumes that women have lost trust in vaccines, and that this is a wholly irrational position to take. To be clear, ‘vaccine trust’ is a perfectly reasonable way to frame things in the Global North where celebrities like Jenny McCarthy, who -despite all scientific evidence to the contrary- erroneously insist on a vaccine-autism link, for example.

But the framework of ‘vaccine trust’ makes less sense in contexts of war and poverty, where there is a serious lack of access to healthcare. An alternative way to think about this is in terms of global health priorities: who sets them, and how do they have an impact on people’s lives? In the case of polio vaccination it is of course too simple to say this is just a priority for the Global North (though some commentators have argued that ‘Americans could one day be at risk again from re-imported polio’ – as though that is the only reason we might take an interest). The question is: does it make sense for people in communities that are repeatedly vaccinated for polio but are not offered healthcare for health concerns that have higher mortality and morbidity rates (think: basic sanitation, maternal health) to ask questions about how their health and their bodies are being targeted by all the actors in this picture (whether western military/intelligence interests, Taliban, or global health initiatives)?

Second- it may be time to re-think the goal of eradication. This is what has been argued by researchers associated with Medecins Sans Frontieres’ CRASH institute, among others. They claim that, despite GPEI’s and Bill Gates’ assertions to the contrary, polio eradication is far from a neutral practice. The pursuit of eradication has meant that the lives of those in contested areas get positioned as strategic ends in conflicts (as in the Taliban’s ban). It has also led to the use of military escorts for vaccinators, which can have complex negative consequences, for example relating to the militarization of humanitarianism. Further, the goal of eradication is caught in a binary logic wherein anything short of eradication is considered a failure. This is despite the astounding gains made in fighting polio, and despite the risk that it may become ‘irremediably unpopular if the GPEI and its partners refuse to consider any other option than finishing the job, whatever the cost.’

Third- it lets the CIA off the hook too easily. When all of our attention is focused on the effects of the CIA’s actions, we lose sight of some fundamental empirical questions that we could be asking about the use of science and medicine in intelligence gathering, security, and war. Questions like: Where and under what circumstances was bin Laden’s DNA analyzed when his corpse was reportedly sent to Afghanistan? In what other ways has DNA been used in the post-9/11 wars, for example in Joint Expeditionary Force Forensic (JEFF) labs, alongside other biometric and forensic sciences? Does this connect to the increasing militarization of domestic policing, and the use of police sciences in war? And how does this connect to the uses of medical counterinsurgency techniques in winning hearts and minds, or, put differently, why are medicine and medical sciences seemingly so useful in contemporary wars?

“Robot Soldiers Would Never Rape”: Un-packing the Myth of the Humanitarian War-Bot