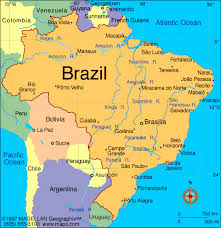 So, at this point, I’ve been all over Brazil, though that’s like saying I’ve toured the United States in five weeks. That said, I’ve been in five or six cities all over the country (I’ll load a better map soon), and the internet speed has invariably been crap, even in pretty expensive hotels. I’m not sure what that tells you about the country’s fortunes in the 21st century, but it does mean access to information and commerce in Brazil is limited, let alone the ability for people to watch streaming video of Game of Thrones or Orange is the New Black or local soccer. It also makes it so much harder for Brazilian voices to get their stories heard outside of official media.

I’ve been waiting to post some stories of our class visits to trash pickers in Brasilia, among other stories, but it is simply too time consuming. It’s taken me like forty-five minutes to write a couple of paragraphs and try to upload a photo. I did a quick search on average download speeds, and the average global download speed is 18.6 megabytes per second (though I have no idea if that is a population weighted average or what), but Brazil’s is 11.2 mbps, about on par with Chile, Mexico, and Saudi Arabia.  The U.S. average is 24.7 mbps and Brazil’s download speed is about twice as fast as South Africa and India (though I seem to remember better connectivity in Cape Town than what I’ve experienced here in Brazil).  In any case, for more thoughtful and extensive prose, I’m going to have to wait until I get back next week, after I catch one more World Cup game. 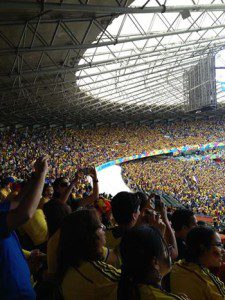