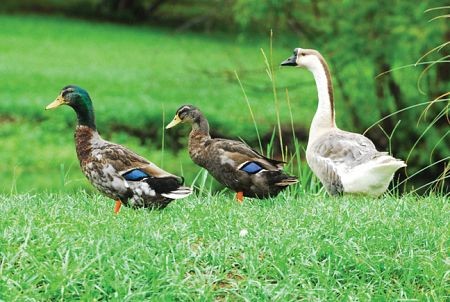 This past week has been a doozy for awful international news, and I’ve been thinking about a post on Gaza, another on Russia, possibly a third on immigration, or staying in my lane of expertise by commenting on wildlife conservation, the environment, and public health.

Well, Thursday is upon us, and I’ve taken the path of least resistance for now. There are far too many good pieces out there worth a read on all fronts. So, read on for links and comments on the long TNR piece on the failed Israeli-Palestine peace negotiations, Joshua Rovner’s optimistic take on Putin’s self-defeating actions, and a mix of other stories, South Africa’s possible desperate relocation of rhinos from Kruger before they are hunted to extinction.

Gaza, Israel-Palestine
This is another difficult period in Israel-Palestine to say the least.  As an American, I’m inevitably implicated because Israel is such a large recipient of U.S. foreign assistance, and U.S. tax dollars help finance Israel’s military capabilities.

That set of facts leads me to think more about the events unfolding in Gaza and what the appropriate policies should be to end the violence.

Israel and the Court of Global Public Opinion
Whatever rights of self-defense the Israelis have in the face of rocket attacks, how could you not be moved by the images of children being killed on the beach in Gaza last week? As a father of a two year old, those images are just very, very difficult to handle.

As this campaign goes on and the civilian casualties in Gaza mount, Western public opinion is becoming more and more concerned and less and less sympathetic to Israel.

Israel’s successful deployment of Iron Dome anti-missile defense has largely immunized the country from large-scale casualties (at least from rockets) while it is able to exercise substantial offensive military capabilities. The high population density in Gaza means that almost any military offensive is bound to kill civilians. As a consequence, the casualty count is largely one-sided as the International Business Times reported:

The confirmed Palestinian death toll reached 729 on Thursday, the majority were civilians, Palestinian officials said. 32 Israeli soldiers have been killed in the 17-day campaign, while three civilians have died in Israel.

Whatever the strategic benefits Israel has in going after the tunnels that Hamas has dug, they need to step back and figure out if killing large numbers of civilians who are inevitably going to be in the line of fire is worth it.

The Unraveling of Israel-Palestine Peace Negotiations
While the killing of three Israeli teenagers and the reprisals by Israel are part of the immediate triggers of the recent upsurge in violence in Gaza, there is a wider story of a U.S. led peace process that was already on its last legs when violence exploded.

If you haven’t already seen the lengthy fly on the wall reportage of the failure of the Israel-Palestine peace negotiations in The New Republic, I highly recommend it. John Kerry comes across better than I would have imagined. Both the internal politics in Israel and among the Palestinian Authority make compromise difficult. The commentary about the piece has almost been as important and helpful as the piece itself.

Perhaps the main issue that the TNR piece and the commentary raise is whether or not a two-state solution remains at all viable any more. If not, what solution should the world be advocating as a permanent Palestinian protectorate inside Israel seems like a recipe for disaster.

Should Palestinians Adopt Non-Violent Civil Disobedience?
In the midst of all this violence, which appears to be self-defeating for all sides, what’s the appropriate strategy going forward, at least for one subset of actors, the Palestinians? Peter Beinart has this extended riff on Facebook that is worth a read in its entirety. He picks up the theme Jon Western raised here a week or so ago on whether non-violent civil disobedience is likely to be a more potent strategy by the Palestinians (implicitly picking up the findings of Erika Chenoweth and Maria Stephan on the power of non-violent civil disobedience).  Ultimately, Beinart is not sure that even a Gandhi-esque campaign would work.

I consider Hamas’ rockets to be war crimes. And I consider Israel’s occupation of both the West Bank and Gaza (Israel controls access to Gaza by air, sea and jointly with Egypt, by land) to be unjust. So, naturally, I want Palestinians to pursue nonviolent protest….I want that because I deeply oppose Hamas’ way. And I want to believe that Israelis, and Americans, would react differently if Palestinians protested in the spirit of Ghandi [sic] and King. The problem is I don’t have any evidence for that. If asked for examples that Palestinian nonviolence and acceptance of the two state solution works, I have none.

Russia and Ukraine
Well, outside of Gaza, the big news of course was the crash of the Malaysia Airlines MH-17 passenger jet, shot down most likely accidentally by pro-Russian separatists in Ukraine who were given anti-aircraft equipment by Russia. The gruesome photos of the dead and their belongings was just another set of awful images from last week. The international community’s has since made fitful attempts to step up pressure on Russian President Vladimir Putin, to come clean on his country’s role in supporting the separatists and the plane crash, to rein in support for them. Joshua Rovner on the Monkey Cage writes that Putin’s grand strategy is already failing:

Russia is also suffering for its intervention-by-proxy in Ukraine. Its economy has been in deep distress since the annexation of Crimea this spring, with tens of billions of dollars exiting the country during a stock market and currency crisis. U.S.-led sanctions have worsened Russia’s economic outlook, as investors fear returning to a country that increasingly looks like an international pariah. Washington announced tougher sanctions the day before the MH17 went down, and it is now likely that these will remain in place indefinitely.

Already, some of Rovner’s assessment appears to be validated. There are increasing fissures among the Russian elite who are unhappy with the way things are going:

Still, it’s just not clear to me what will move Putin and how strong his grip on power is. I asked Rovner the following question on Facebook: “If you’re right, Iwonder how soon Putin will realize the error, if ever. Does the balance depend on Western policy or will markets and missteps by proxies be enough to tilt the cost-benefit equation against Putin?” It’s a tough situation because as we have seen from Cuba and North Korea, leaders of despotic states with even fewer resources than Russia have long been able to resist international isolation.  Perhaps Putin will be most moved by efforts to isolate Russia reputationally:

I’m not sure either will happen or even if they did, if that would further estrange Putin or bring him back to his senses.

Rhinos
While a far cry from the big international news of late, for those of concerned about global wildlife conservation, these are also difficult times. International demand (read: Chinese and Asian) for rhino horn (which is incorrectly thought to have medicinal properties) threatens the species with extinction, as rhino horn is now valued at $100,000 per kilo. In South Africa alone:

More than 1,000 animals were killed for their horns in 2013 — that’s about 4 percent of the population and roughly four times as many as those poached cumulatively between 1980 and 2007.  This year, more than 400 had been brought down by June.

Why Do Peacebuilding Interventions Often Fail?