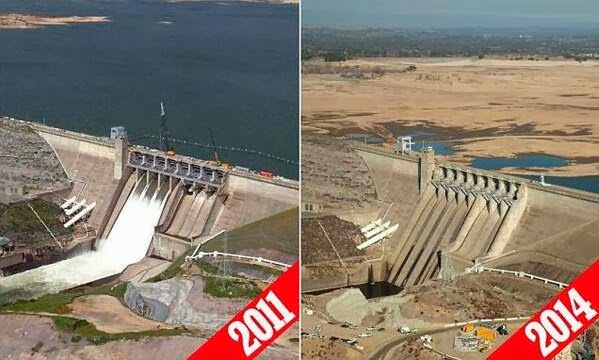 I’m ready to move on from Brazil and football/soccer news. Really I am. Here are some links related to climate change and I’ve thrown in a link to Will Moore’s post about using satellite rain data rather than rain gauge data to track rainfall (the latter may be subject to variation due to conflict. Hard to collect rain gauge data in conflict zones!). In other news, Australia votes to repeal carbon tax, while lots of action afoot to deal with emissions from autos, HFCs, impacts, etc.

Will Moore writes on satellite rain data (which doesn’t go very far back in time, late 1990’s earliest) and rain gauge data (which may be hard to collect in conflict periods).

It turns out that, if a district experienced some insurgency related conflict in the previous year,  it is less likely that this district has an active rain gauge reporting data in subsequent years. While it is a no-brainer that places with severe conflict do not have functioning weather reporting, these results suggest  that reporting may also be systematically affected in places with relatively low intensity of conflict – as is the case of India.

While I do not want to overstate the importance of this, it provides another justification of why it makes sense for economists to be using  remotely sensed weather data.

Reminds me of some earlier work Brad Lyon at Columbia showed me on rain gauge numbers in the DRC over the last half century, the number of which have declined dramatically, not just conflict but state capacity as well.

Meanwhile in Cambodia: The Detention of Mu Sochua