What I’ll Be Reading While Off The Grid 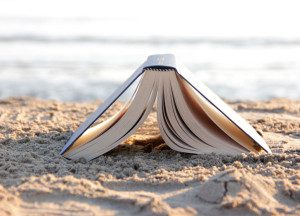 As of tomorrow I am turning on my “vacation” auto-responder, ceasing blogging for a bit, and hitting the road for some combined business/leisure.

Between all this I’ll drag along various bits of light reading, among them the following, in case you’re interested in reading along:

1) Assholes: A Theory by Aaron James. I’m halfway through this little treat already and can’t wait to finish. Written by a philosopher and inspired by surfers, this might appear to be satire but is actually a serious sociological study of a ubiquitous phenomenon: “What does it mean to be an asshole? The answer is not obvious, despite the fact that we are often stuck dealing with people for whom there is no better name… asshole management begins with asshole understanding.” James’ wide-ranging typology and phenomenology of assholeism delves into sociology, gender studies, Marxism, existentialism and game-theory and as such is the kind of cross-cutting scholarship that makes me want to hire him as a UMass colleague. And, as Slate points out: “James makes us confront a crucial question: how much of an asshole am I?”

2) Eight World Cups: My Journey Through the Beauty and Dark Side of Soccer by George Vescey. You couldn’t time a book release any better. On the eve of the 2014 Men’s World Cup, veteran sports writer George Vescey released a decades-long ethnography that seems part travelogue, part sports commentary, and part critical globalization studies. Mostly I need it in order to understand the sociology of the game well enough to listen to my 12-year-old, while understanding the politics of FIFA as an institution well enough to talk to him.

3) Stephen Pressfield’s “The Warrior Ethos”: One Marine Officer’s Critique and Counter-Point, by Edward Carpenter. I need to read this because it was written by my big brother and is getting rave reviews from folks like David Axe, and I want to read it because it would appear to be a much-needed voice of reason challenging out-dated conceptions and misogynistic assumptions plaguing our armed forces – written not by a feminist scholar but by an active duty Marine. Looking forward to seeing how the argument is developed and what he proposes.

4) Dan Drezner’s The System Worked: How the World Stopped Another Great Depression. Because I have never really understood international political economy, so why not read about it from a moderate who can write clearly and has a reasonably optimistic view about the role of global governance? Here’s hoping to be more prepared to teach when I get back from sabbatical.

Ensign Andrew Dahl has just been assigned to the Universal Union Capital Ship Intrepid. It’s a prestige posting, with the change to serve on Away Missions alongside the starship’s famous senior officers. Life couldn’t be easier… until Andrew begins to realize that 1) every Away Mision involves ome kind of lethal confrontation with alien forces and 2) the ship’s captain, chief science officer and handsome Lieutenant always survive 3) a least one low-ranking crew member is invariably killed…

Germany: Beyond Its History, Again