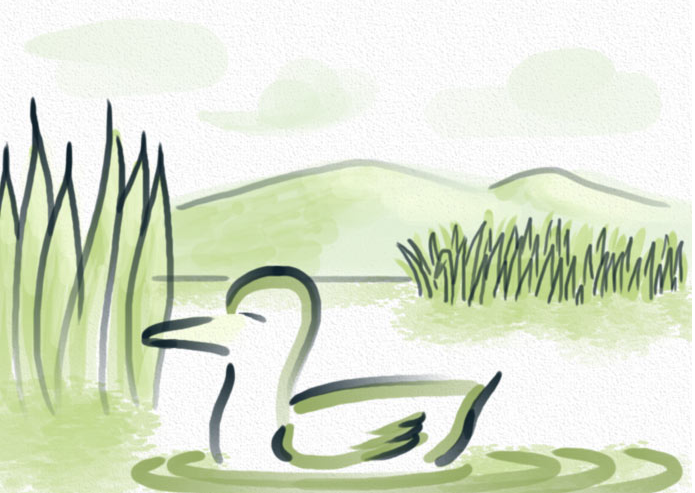 “Zen” and U.S. Foreign Policy in A Time of Disquiet

What with Gaza, Ukraine, Syria, and other events, this has been an awful few weeks/months for international news and is a profound challenge to the world community, such as it is, and, if you are care about this sort of thing, U.S. foreign policy. While similar screeds from John McCain and Dick Cheney are likely to be dismissed as partisan hyperbole, Fred Hiatt in today’s Washington Post lambastes the Obama Administration for its failures and may be harder to waive off summarily. He compares Obama’s foreign policy to a natural experiment in disengagement and suggests the results have been a disaster, as the U.S. missed the occasion to cement a democratic transition in the Middle East and rivals have taken advantage of the U.S. retreat:

Obama’s determination to gear down in Europe and the Middle East, regardless of circumstances, guaranteed that the United States would not respond strategically to new opportunities (the Arab Spring) or dangers (Putin’s determination to redraw the map of Europe).

[As an aside, Hiatt’s blast echoes the critique from the left by Peter Beinart on Obama’s Iraq policy, which he describes as having allowed Maliki to run roughshod over Sunni Muslims, with administration policy driven by a desire to have Iraq off the front pages in time for the 2012 election.]

I think both Hiatt and Beinart raise fundamental questions about U.S. agency to shape the world in its image. Hiatt explicitly says that the U.S. should have mobilized a Marshall Plan-like aid package to the Middle East and North Africa after the Arab Spring, implying that it would be have been effective.

When ordinary citizens in Tunisia, Egypt, Syria and elsewhere in the Arab world unexpectedly began agitating for democracy, the West might have responded as it did after World War II (with the Marshall Plan) or the fall of the Berlin Wall (with a commitment to a Europe whole and free). If the United States had taken the lead, Europe and America together could have offered trade, investment, exchange and cultural opportunities to help bring the region into the modern, democratic world.

Given the parlous state of the economy in late 2010/early 2011 and the U.S. record of foreign assistance in Iraq and Afghanistan, I’m not sure the U.S. either had the capability to mobilize a dramatically larger aid program or, even if it theoretically did, whether or not the funds would have been well-spent had we tried. I think the record in Egypt, Libya, Iraq, and Afghanistan all re-affirm the notion that state-building is hard and that U.S. does not have a really adequate grasp of how, as Frank Fukuyama wrote, to get countries to be like Denmark. I’m not saying that the policy couldn’t have been better, but I wonder whether the specific options Hiatt endorses were either available or wise.

Room for Maneuver?
Walter Russell Mead, who is equally critical of U.S. foreign policy under Obama, has also debated whether outcomes none of us like are mostly a function of policy or the United States’ limited influence:

As the world continues to writhe in the fires of sectarian hatred, great power competition, and economic distress, there are now two leading schools of thought about President Obama’s foreign policy: People who think Obama is irrelevant—that his foreign policy is failing because nobody can do anything about where the world is headed so nothing that is happening is really his fault—and people who think Obama’s responses are making things worse and indeed, in some cases, that they are are the causes of at least some of the problems around us.

Impotence Mead argues is cold comfort to politicians, but he goes on to say that nobody outside the administration is really asserting that Obama’s foreign policy is working at the moment, but Dan Drezner provides another view that suggests there are some folks taking the long view who remain more sanguine that the current situation will work out well for the U.S. and the world.

The Art of Zen
Responding to Hiatt’s piece, Drezner suggests beyond partisan divisions, there is a more important subtle rift between “Reality Creators” and “Zen Masters,” essentially between those who imagine the U.S. has great agency to change the world and others who see structural factors as hemming in both the United States and rivals.

Reality Creators like Hiatt look at what’s happening in the world and attribute the instability in part to what they perceive as a dangerous retreat by the United States from the world stage. “Zen Masters” are more optimistic and suggest that the long-run structural fundamentals favor the United States and that other actors like Putin will be punished by the international system (Josh Rovner’s take on Putin’s self-defeating moves in Ukraine is in this vein).

Here Drezner includes among Reality Creators GOP critics of foreign, the WaPo columnists, most of the foreign policy community, a minority of the public, and possibly Hillary Clinton:

Reality Creators looks at what Russia, China and various Islamic actors are doing around their borders, and they are wigging out about it.  They see Russia having successfully changed the facts on the ground in Crimea, and trying to do the same in eastern Ukraine.  They see China doing an awful lot to change the facts on the ground in the East China Sea and South China Sea.  They see the Sunni jihadists and Iran carving up various parts of Syria and Iraq.  What they worry about is that each of these moves enhances the power of anti-American actors and reveals a United States that chooses not to stand up to revisionist actors.

On the Zen side, Dan includes most Obama officials and the Democratic establishment, Rand Paul types, most Americans, and maybe Hillary Clinton:

The Zen Masters, on the other hand, belong to what Suskind’s source would label the “reality-based community.”  These people think that the long arc of history is bending in their direction — that the fundamental strengths of the United States and its key allies are more robust than any potential rivals on the global stage.  The worst thing to do, therefore, is to overreact in the short run to things that will balance out in the long run. They don’t believe in getting riled up too much, and that, in the end, the universe tends to unfold as it should.  It’s not that they’re unaware of what Russia or China or the Islamic State is doing — it’s that they believe that these actions are short-sighted, counterproductive and very likely to fail.  They believe that actors that try to forcibly revise the status quo will pay a serious price.

Just because there are lots of global challenges doesn’t mean you have to overreact on one just to make a point. They each have to be managed carefully in their own right. We have longer run plays that we’re running. Part of this is keeping your eye on the long game even as you go through tumultuous periods.

Clearly, Zen Masters look like structural realists, while the Reality Creators encompass both the dominant strands in U.S. foreign policy, both neoconservatives and liberal internationalists, all of whom are likely looking at the current state of play and wish for a more vigorous U.S. response to Syria, Ukraine/Russia, and other emergent threats. I would hasten to add that most IR academics are in the Zen Master camp, some of them structural realists and others, like me, chastened liberal internationalists disenchanted with what overreach during the George W. Bush Administration did for U.S. foreign policy (see below for poll results).*

Agency and Structure
I think there is room between the agency and the structure folks, between the Creators and the Zen Masters, to debate whether particular Obama administration steps were the right ones. In general, I’m not sure if there was a right answer on the trajectory in the Middle East and North Africa, trying to be on the right side of history by toppling a dictator in Libya hasn’t worked out well nor has not toppling a dictator in Syria.

One combustible claim I haven’t addressed is how much Putin inferred about America’s resolve from Obama’s decision to step back from air strikes on Syria. Academics like Daryl Press tend to dismiss such connections, suggesting that policymakers tend to assess the stakes the in particular circumstances and act in their interests, that the lessons they draw from different crises are attenuated. Since Putin was actively involved in those efforts to move U.S. policy from air strikes to arms control, I’m not sure if we can be sure that he did make connections.

Even if the U.S. had bombed Syria, I don’t know if Putin would have inferred our resolve in his near abroad where the Georgia experience might have been more apropos. In any event, if this post is any indication, I’m still working through these differing perspectives. It may be wishful thinking to believe that the long view will be supported in time if policy is calibrated correctly. However, as Drezner reminds us:

For now, however, I’ll simply note that from a Beltway perspective, it stinks to be a Zen Master.  Even if the American public currently supports the Zen Master approach to the world, they’re still not thrilled with the short-run outcomes.  On the other hand, the compelling thing about being a Reality Creator is the profound belief in the will to act, to do something to alter the tides of history.  The optical bias in politics always favors action over inaction.

* The latest TRIP Snap poll from May 2014 speaks to this queasiness by academics on the U.S. force in Ukraine:

Of course, that poll was taken before the MH-17 plane was shot out of the sky, but I think there is a general weariness on sending use of troops or even arms in the wake of Iraq and Afghanistan by academics whose views largely mirror those of the general public pre-MH-17, according to a March Pew poll.