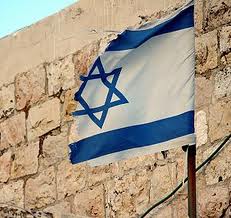 The New York Times recently reported that unidentified Israeli officials claimed that Israel is looking to unilaterally end the conflict with Hamas in Gaza. After more than 1800 Palestinian casualties in three weeks of fighting, international pressure to cease hostilities appears to be working. However, this strategy of the “silent treatment,” rather than a negotiated settlement may not be right course of action. In fact, there may be no morally right way forward, given the complexity of this case.

The anonymous Israeli officials told the Times that they did not want to “reward” Hamas with negotiations or a ceasefire. Thus Israel would merely wind down operations, since it has destroyed many of the tunnels it claimed were its primary objectives. The logic, reportedly, is that officials hope that a slow truce will take hold, as it did after hostilities in 2009.

Yet such a strategy is clearly unstable. It is not a negotiated peace, and beyond that, it does not even begin to address the causes of conflict, nor the restoration of the status quo ante bellum.   We ought to stop, then, and think about whether this conflict can even attain jus ex bello, given that it is impossible to reach a jus post bellum if one side refuses to address grievances.

Just war scholars traditionally focus on the two sides of the just war tradition: jus ad bellum and jus in bello. Ad bellum considerations dictate whether there are just conditions to resort to war, whereas in bello dictates the considerations of just conduct during war. The tradition is not without its own debates, but for our present purposes lets take the relatively uncontroversial principles of each. Ad bellum requires that a party have a just cause, is likely to succeed (or necessity), satisfies proportionality (balancing evils of going to war against the good to be achieved), and last resort (that is all other options short of war were sought out).   In bello looks primarily to the principle of noncombatant immunity, or distinction, and proportionality (that the force used is not excessive in relation to the military objective obtained).

Clearly looking to the current conflict it is up for debate as to whether either side had a just cause and satisfied any of the ad bellum principles.

What is also apparent is that neither side abides by principles of in bello.   One might argue that Israel’s targeting of Hamas militants is done discriminately, and that the killing that results from those strikes is collateral and unfortunate, but this position is increasingly difficult to sustain. Three strikes on United Nations schools used as shelters cannot sustain the in bello proportionality calculation.

What I am interested in, however, is the how the conflict is going to end. Darrel Moellendorf (2008) and David Rodin (2008, 2014 forthcoming) argue that the principles that govern how one exits a conflict also matter, just as much as the initiation and prosecution of a war. In Moellendorf’s terms it is jus ex bello, in Rodin’s terms it is jus terminatio. (I will follow Moellendorf.) As both scholars agree, sometimes it is just to continue an unjust conflict, and sometimes it is unjust to continue a conflict that satisfies ad bellum considerations of justice.

Jus ex bello basically states that one must be sensitive to the changing landscape of conflict. That one might begin a war with justice on one’s side, but continue to fight it may be morally impermissible. Contrarily, one might start an unjust war but be morally required to continue fighting if the situation deteriorates to such a condition where withdrawing one’s troops leaves the target country in a morally worse condition than fighting.   In other words, the proponent of jus ex bello takes the jus ad bellum principles with her, and she continually updates them during the course of the conflict.

As Moellendorf explains, “if war is presumptively wrong, albeit justifiable, because it harms persons, property, and institutions, then the termination of a wrongful war should seek not to increase these very evils” (134). Thus terminating a war must “mitigate the injustices that are the basis of the just cause claim” (135). However one finds oneself in the conflict, (either initially satisfying ad bellum principles or not) the principle to mitigate harm seems to still apply.

What we have in the current crisis, however, is a presumptively wrong case on all sides. There is no readily apparent just cause for either side – both are presumptively wrong in their actions – and both sides have acted indiscriminately and disproportionately. That the Palestinian people in Gaza suffer far more than the Israelis is, however, clear. The destruction wrought upon Gaza is now expected to cost upwards of $6 billion to remedy. Yet given the sanctions already in place, it is unlikely that such reconstruction will be forthcoming. How can one rebuild when one does not have access to building material.

On the one hand, then, terminating the war appears to not satisfy any principles of jus ex bello (just cause, proportionality, likelihood of success or last resort) because the destruction that has already occurred and the conditions likely to worsen once Israeli forces withdraw to “the border” will leave the residents inside Gaza even worse off than the status quo ante bellum. However, on the other hand, continuing the war is also not morally acceptable because of the way in which both sides, but particularly the militarily superior forces of Israel, are fighting. Clearly, the presumptively unjust nature of the conflict yields a call to cease and desist all hostilities.

Yet to cease and desist must be a decision by both sides. Israel’s current decision, then, to unilaterally cease does not address the ad bellum considerations before the war. Nor does it offer an opportunity for a negotiated settlement post bellum, which would presumably allow at least an opportunity for both sides to reach a sustainable peace.   All this tactic can do is to kick the can, further ignoring the grievances of the people of Gaza, and entrenching and solidifying further cause for future fighting. Thus while we might breathe a tentative sigh of relief that the Israeli Air Force is not dropping bombs on any more schools, the current response to unilaterally ignore Hamas and “end” hostilities is, in fact, just as immoral as continuing to fight.

The Cost of Spying