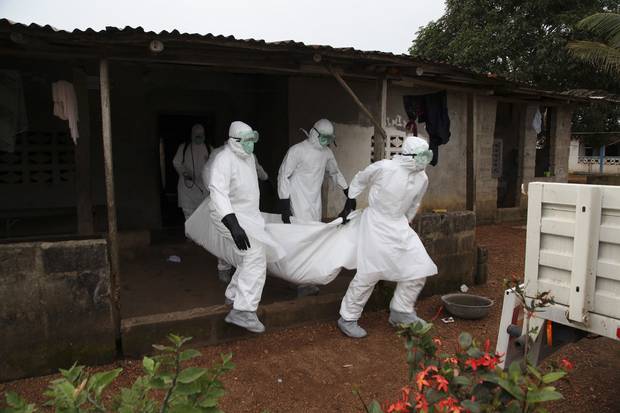 The death total of the Ebola viral outbreak in West Africa now exceeds 900, leading the World Health Organization to declare it a “global health emergency.” Urbanization and weak states in the region, coupled with rural practices of bush meat consumption, appear to be some of the problematic drivers of the epidemic. Local populations skepticism of health workers and attachment to traditional practices of care and burial are making the situation worse. The army is being deployed in Liberia to contain the spread and be able to enforce quarantine policies. The potential spread to Nigeria by a Liberia American official is especially worrisome.

Ebola spreads only through bodily fluids (i.e. saliva, urine, blood) and appears to have a low transmission rate (1 to 1.5 people per infected person on average) but high lethality (killing about 70% of those it infects). At present, there is no vaccine or treatment, other than palliative care, though there are some promising possible therapies. Two American aid workers who were infected received an experimental treatment and appear to be on the mend. They are now back in the United States for continued care, which has spurred a spate of public and media interest and irrational fear. In the midst of this crisis, the weakness of the international community, the World Health Organization in particular, loom large. It’s unclear if the topic will be added to the margins of the agenda of the on-going African leaders summit in Washington. Links below.

Ebola is a difficult disease to contain under the best of circumstances. Its origins remain uncertain; it appears to spread to humans from animals, though the exact animal reservoir for the disease is not definitively known. Once it enters a human population, Ebola spreads from person-to-person through contact with blood or other bodily fluids. Within 2 to 21 days of infection, symptoms like fever, weakness, and muscle pain appear. From there, the infection progresses to vomiting, bleeding, diarrhea, and eventually multiple organ failure. There exist no treatments or cures for Ebola, so health care workers can only attempt to manage symptoms as they appear. Upwards of 90 percent of those infected die from the disease. [4]

The doomsday scenario of Ebola being brought to the U.S. and spread via passengers on airplanes is very unlikely, unless an infected and symptomatic person is allowed to board and then swaps spit with or bleeds on fellow passengers.

The Politics of Artificial Intelligence and Automation