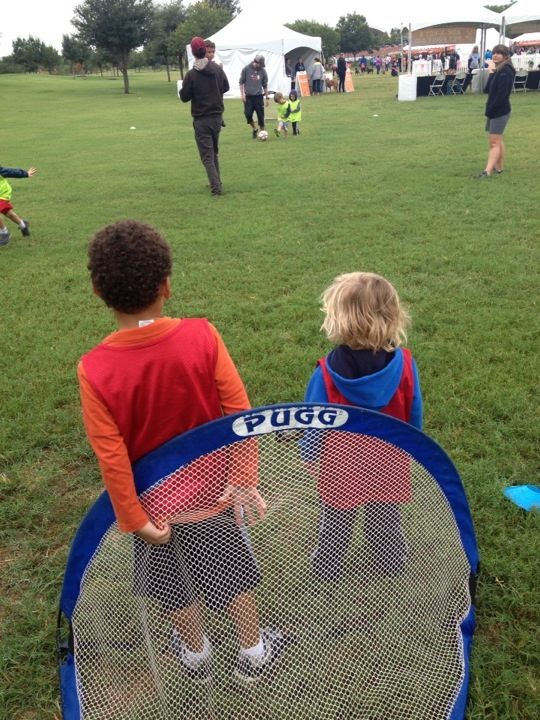 Bad Evals: Further Thoughts on Having it All

So, I got some bad teaching evaluations from last semester (bad by my standards at least. Hell, by anybody’s standards). It’s kind of thrown me for a loop because I pride myself on being a good scholar, a good teacher, and a good husband/father. But, sometimes it may not be possible to pull off all three of these things well simultaneously, especially if you’ve got an ambitious research agenda, equally challenging and risky courses, and a toddler at home. That wasn’t my immediate reaction when I read the students comments, but I’ve kind of gravitated to that conclusion, if only to stave off admissions of being a lousy professor or thinking ill of my students.

I’ve written before about Anne-Marie Slaughter’s powerful essay and the problematic label of “having it all.” Coming back to the idea here doesn’t make it any easier to think about what to do about it.

For one, it is unclear that I need any extra institutional support from the University of Texas. We’ve got a fantastic daycare, and my teaching load isn’t all that onerous.

What To Do About It?

That means that the onus is on me to think about how to improve my teaching evaluations. As my wife reminded me, you need to separate teaching outcomes from teaching evaluations. Perhaps the students got more out of those courses than they liked me or the courses. It is certainly possible. Both were at the upper end of the workload so it would be understandable if students thought the courses were excessive and took it out on me. But, that wasn’t the only thing going on. There were problems in their minds of execution of the courses and other things that gave me pause about the persona I have adopted as Professor Busby who is a version of myself but not me. I’ll come back to that.

So what do you do with bad evaluations? Well, you can chalk it up to a one- or two-off, that sometimes things don’t work and that’s okay. Sometimes the classroom chemistry is off or things don’t go exactly as planned, for reasons that are very difficult to diagnose or anticipate. However, when you feel like or fear you are establishing a pattern, either early in your teaching experience as an assistant professor or later, then you might have to make some adjustments.

When you are untenured, the stakes are higher, particularly if your institution cares about teaching. I suppose tenured professors at research universities can and sometimes decide to accept mediocre teaching evaluations. They might teach the same classes over and over and phone it in. I have never thought of allowing mediocrity to be an option.

So, one of the adjustments you can make is putting in more time, but that’s really challenging when you have a full plate of research coupled with a kiddo at home. On the research side, I’ve made do in the past years with collaborations with fantastic co-authors and graduate students, who have enabled me to write some pieces that I’m very proud of. I know a number of papers just would not have come together without a team effort.

On the home front, men often dump the child care task on to their spouses. We are a two-body household of professors so that is not an option or desirable. That’s not the kind of marriage we wanted to have. (Now, I should say and people who know me would say, lay off the physical fitness. That’s where your time goes. And, I have pared back. No more seven hour bike rides in preparation for an Ironman).

But, there are limits to how much time one can put in to teaching and expect extra payoffs. Other people might be willing to drop their research or familial commitments (or at least reduce them considerably), but that’s not me.

Use Time Better and Get Some Sleep

I guess that leaves me with using time better, being smarter with the planning of classes and their execution. I have to say that people with kids often talk about ruthless efficiency with their time when their kids are asleep or at day care. No more crap TV or idle web-surfing for those uber-organized. Hell, they might say no more blogging.

I guess I’d just say that it is hard to find the right work routine that fits your children’s schedule(s), your partner’s schedule, and what you have going on at work. I can’t write at the office. Too much noise going on. Too many people knocking on the door. I’m a bit of a night owl, but that’s kind of hard to do when your kiddo wakes up and has to be at daycare early.

I’ve tried the strategy of staying up nearly all night prepping for classes and then getting up early, and I think I’m better served by sleeping more and preparing less. I’m more likely to be irritable and unfocused if I’m sleep deprived, and I think that makes for worse teaching days and unforced errors. Who knows how generalizable this lesson is, but going forward, I think less is more.

One thing I’m trying is to assign less reading to the students and focus less on doing elaborate Powerpoints. Many of them don’t do all the reading, but I generally re-read everything I assign before class again. I just make it harder on myself when it’s a truckload of reading. I’ve got Powerpoints for courses I’ve taught before, but when you mix things up or want to update, it can take hours. Powerpoint is a crutch. Maybe it’s not necessary. Economize and focus on what are the big questions you want to explore and be ready with the readings you have assigned. That’s what I’m telling myself.

Still, I’ve got a nagging concern that the person I project in my classes doesn’t give off the right gravitas as professor. I’m pretty informal, both in dress and demeanor. I’m young-ish, 40’s, and I probably try too hard to be cool when it comes to music. I’m willing to be a little blunt, with a few curse words here and there. I want them to like me, but I’m not a strict disciplinarian or really hard grader (these are MA students). Maybe that’s not working for me. Maybe, I should want them to respect (or fear) me more. Perhaps I need to drop the jokes, the casual talk, and put on a tie. But, I don’t want to. The guy in the classroom is closer to how I see myself than a guy in a suit, trying to establish distance and hierarchy with clothes and tone. It may work for other people, but it’s not me.

Perhaps what I wear or whether I swear or not is totally beside the point. Maybe I just need to get back to basics and just show a deeper interest in students’ goals and aspirations in the courses and beyond. Maybe that is the true failure of communication that has been going on.

So, I’ve got an elaborate new course on global wildlife conservation right now, and my hope (and my fear) is that it goes a lot better than these other ones, because no matter what anyone says, it can be really painful to read people say unkind things about you, even after tenure.

What’s Next for the Global Climate Movement?

ISIS, Syria, the Rebels and the US-Led Coalition: What Governs Who?