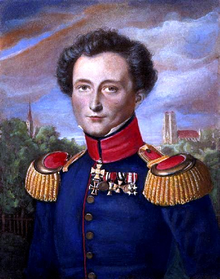 Much ink has been spilled over the last few days concerning President Obama’s speech on Wednesday evening regarding ISIS, as well as how his strategy will face many challenges going forward. Some cite that he does not go far enough, others that he has not fully laid out what to do in Syria when he has to face a potential deal with Assad. I, however, would like to pause and ask about the motivations on each side of this conflict, and whether we have any indications about how the asymmetry of motivations may affect the efficacy of Obama’s campaign. Moreover, we ought to also look to how this strategy is designed to reach the end goal (whatever that may be).

Clausewitz’s famous “trinity” is helpful here, and it is worth quoting him in full:

“War is more than a true chameleon that slightly adapts its characteristics to the given case. As a total phenomenon its dominant tendencies always make war a paradoxical trinity–composed of primordial violence, hatred, and enmity, which are to be regarded as a blind natural force; of the play of chance and probability within which the creative spirit is free to roam; and of its element of subordination, as an instrument of policy, which makes it subject to reason alone.

The first of these three aspects mainly concerns the people; the second the commander and his army; the third the government. The passions that are to be kindled in war must already be inherent in the people; the scope which the play of courage and talent will enjoy in the realm of probability and chance depends on the particular character of the commander and the army; but the political aims are the business of government alone.”

While Clausewitz is here looking only to one side of the equation, ignoring the same trinity at work on the adversary’s side, it is helpful for us today. In particular, Clausewitz’s focus on the people – the passions of the people – to wage war are a key component of the discussion about US involvement in Iraq and Syria. Without such a will to fight, the war effort will be hampered. Indeed we can see evidence of this when one looks to the scholarly work on coercive diplomacy.

As Alexander George argues, “what is demanded of the opponent, and his motivation to resist are closely related […] there is often an important strategic dimension to the choice of the objective.” Indeed, he goes on to argue that coercive diplomacy is most likely to successful when there is an “asymmetry of interests,” where the coercing power has more motivation to fight and back up his threat to fight than the target. Even then, there is a poor success rate (32%).

While it is certainly true that the “fight” against ISIS is not really a classic case of coercive diplomacy, at this point it does not feel like a Clausewitzian conventional war either. President Obama’s reluctance to engage in ground combat, and his restriction of US military force to training and air power is a signal that his interests, while strong enough to engage, are not strong enough for more than “limited” war. That he will rely on Iraqi and Kurdish forces, as well as the disparate patchwork of “moderate” Syrian rebels to do the ground fighting is case in point. The asymmetry of interests, as it stands now, favors ISIS and not the US.

This leads us to the second part of the trinity: chance, probability and the commander. While Clausewitz does speak of the genius of a commander, one with a coup d’œil, this presupposes that the commander (or general) truly understands the adversary, the forces – his own, his allies and the adversary’s – and is able to augur the adversary’s strategies and tactics. John Allen, retired four-star Marine general, has been tapped to lead the fight against ISIS.  While Allen is certainly talented and experienced with coalition actions and counterinsurgency strategies (COIN), fighting against ISIS is a different game. First, the coalition in Afghanistan was a NATO-led one, meaning that the soldiers Allen had to oversee where professional soldiers who have for decades engaged in mutual training exercises together. They train together to ensure interoperability. The coalition in Iraq/Syria will not look even remotely like this. Second, fighting a counterterrorism campaign requires different tactics than regular warfare. ISIS is not wholly one or the other. In other words, the US military, in conjunction with its allies can attack the ISIS combatants and materiel, but this will not “defeat” ISIS. ISIS is an ideology as much as it is a group of brutal extremists. Allen, for all his experience in Afghanistan cannot rely on this as a heuristic when facing ISIS, for any strategy going forward will have to blend COIN, conventional and unconventional war.

Finally, if we are to learn from the Prussian strategist, we must look back to President Obama and his Joint Chiefs. The political goals must be clearly defined. Strategies without a clear objective are useless to the commanders, the warfighters, and all those who suffer under hostilities.   President Obama declared: “Our objective is clear:  We will degrade, and ultimately destroy, ISIL through a comprehensive and sustained counterterrorism strategy.” There are two problems with this perspective.   First, the only “interest” that the US has here is that ISIS (or ISIL) is a distant but potential threat to the US. It is unclear how probable this threat is, let alone how imminent. Prudence, law and morality dictate that one ought only to respond to imminent – that is temporally impending – threats. We are left wondering when it comes to this one. Thus the strategic goal is not to protect the US (this is a secondary or side-effect of the Obama’s objective). Rather, the goal is to degrade and destroy.

This brings us to the second point: there is a fair bit of daylight between degrading an adversary’s ability to act and destroying it.   The first involves a denial strategy, whereby the US and its allies would undermine or make it increasingly difficult ISIS’ ability to achieve its military (and presumably political) objectives. But denial strategies do not involve eliminating an entire force. While ISIS is certainly liable to attack, and any fighter within its ranks is a legitimate target, there are still some rules that would prohibit wholesale slaughter. What if the US begins its campaign, and deals significant blows to ISIS? What if the ISIS fighters start surrendering? They have combatant rights: they wear insignia, carry their arms openly, and are in a hierarchical command structure. Thus, the US and its allies are obligated to give them prisoner of war status. But here is the rub: destroying ISIS, because it is an ideology, would require the wholesale slaughter of all ISIS fighters. But this is clearly immoral and impermissible, not to mention it would not be a full guarantee that the symbol of killing them would generate only more fighters taking up the black flag. Thus one can never wholly destroy ISIS in the way President Obama lays out. I wrote before that one can only destroy ISIS when one takes away the need for it. What this means is that even if the US and its coalition are able to stop this atrocious group militarily, it will require post-conflict reconstruction, jobs, education, healthcare, and rebuilding the rule of law. This is a fact – if the US wants to “destroy” ISIS. The other uncomfortable truth is that post-conflict strategies are going to be increasingly difficult when Assad is still in power and a civil war still rages on. Thus if the US holds tightly to its “strategy,” it should be very careful about expanding its war aims beyond ISIS to the Assad regime, for otherwise the US and many others will end up tumbling down the rabbit hole (again).

Military Officers on Women in the Infantry: Five For, One Against