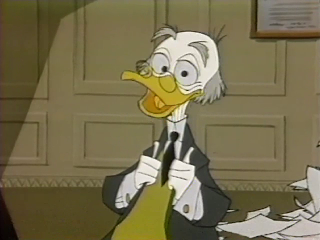 Well, this semester is off to a brisk start, and I can’t say I’m fully recovered yet from #APSAOnFire, though the subsequent events near AU added considerable intrigue to what transpired. I watched the president’s speech on ISIS tonight, and I think my wife summed it up best, he looked like he wanted to give the speech about as much as we wanted to hear it. I think Jeffrey Goldberg summed it up best when evoked the Godfather and Obama’s desperate efforts to extricate the United States from the Middle East to no avail. However pedestrian the speech, at least Obama did not hype the threat to the United States from ISIS, as many o’ armchair analyst are wont to do. As others noted, it’s kind of amazing that Russia’s transgressions in Ukraine are second fiddle to this.

In any event, I’m aiming to have something more to say on the NYTimes expose on think tanks in the service of foreign governments. In the meantime, let me link away to those who beat me to the punch as well as more on Steven Sailata’s pre-firing at Illinois (including a statement from APSA), Kissinger’s new book, more bad news on climate change and Ebola. I’m on a bit of a good global news slump, and it’s a bit hard to take respite in cool findings from political science (though this one with an experiment and aid allocation by my colleagues and collaborators with AidData is pretty cool). that said, the upcoming people’s climate march on September 21st is giving me cause for some optimism. By the way, many of you have probably got the TRIPS survey in your email so time to have your opinions counted…

Think Tanks in the Tank

You should probably pay a little more attention to the money, and the extent to which the think tanks in question are upfront about their money.  But you should also note that the systemic effect of this trend on American foreign policy is very likely nil.

– Tom Medvetz, author of a book on think tanks, thinks its more revealing of think tanks being in the service of donors:

Even putting aside the legal issue, though, the article does an effective job of calling into question the idea that think tanks operate in an environment of scholarly independence.

– Think tankers like David Roodman speak of credibility, diversity of funding, and transparency, though there is wide variation, given that as 501c3’s they don’t have to disclose. Roodman’s defense:

– This tweet captures the ho-hum view, though I suspect people may be a bit more uneasy with easy money for Qatar floating around and what they means for the intellectual agenda around think tank land

Anyone else having a hard time getting upset about Norway giving $ to @CGDev for greater @USAID funding?

– Kissinger’s got a new book, still cranking them out at 91, Kakutani reviews in the Times:

There has always been a dark, almost Spenglerian cast to Mr. Kissinger’s thinking, and he sees ominous signs today of a descent back into a Hobbesian state of nature — in the bedlam overtaking Syria and Iraq, where “no common rules other than the law of superior force” seem to hold; in the spread of weapons of mass destruction and “the persistence of genocidal practices”; and in the Wild West of cyberspace, which has “revolutionized vulnerabilities.”

As hard as this situation is on me personally, the danger of the University’s decision has further reaching implications. Universities are meant to be cauldrons of critical thinking; they are meant to foster creative inquiry and, when at their best, challenge political, economic, or social orthodoxy. Tenure – a concept that is well over a hundred years old – is supposed to be an ironclad guarantee that University officials respect these ideals and do not succumb to financial pressure or political expediency by silencing controversial or unpopular views. I have devoted my entire life to challenging prevailing orthodoxies, critiquing architectures of power and violence in the US and abroad and surfacing narratives of people – including Palestinians and Native Americans – who are subject to occupation, marginalization, and violence.

Against this backdrop, we ask for a thorough, transparent, and publicly accessible review of the procedural irregularities and their implications for future academic contracts, and Professor Salaita’s offer of a tenured faculty position. The issue is complex, and our concerns are twofold. The failure to follow one’s own stipulated procedures in this one instance would in itself be of concern. But the failure to follow established procedures especially in a context where the speech acts at hand are considered both uncivil and deeply political tests the premise that academic appointment decisions be made without regard to candidates’ political beliefs.

– Brad Plumer bums me out

– The September 21st People’s Climate March aims to be the biggest climate march of its kind:

Hundreds of thousands of people are expected to take to the streets of New York, London and eight other cities worldwide in a fortnight to pressure world leaders to take action on global warming, in what organisers claim will be the biggest climate march in history.

With 2,000+ confirmed dead, this crisis appears to be getting worse not better.  Obama may send the U.S. military to assist. Sounds like some pretty desperate stuff happening on the ground.

[MSF] The medical group has long ­opposed military involvement by governments, but its international president, Joanne Liu, said the situation had become so desperate that it was now appealing for military assets to provide critical logistical and operational support. Priorities include the mass expansion of isolation centers, air bridges to move personnel and equipment to and within the most affected countries, mobile laboratories for testing and diagnosis, and building a regional network of field hospitals to treat suspected or infected medical personnel.

Sierra Leone officials said more than 20,000 people would be deployed to make sure residents stayed indoors. Sidie Yahya Tunis, the health ministry’s communications director, told the BBC: “We don’t expect them to refuse. You follow or else you’ll be breaking the law. If you disobey then you are disobeying the president.”

– This video of a man’s attempts to flee a clinic was truly horrifying, and I can’t really judge whether the actions were appropriate or not as there are new reports out of Nigeria that people they were monitoring for exposure to Ebola fled to another part of the country and took the virus with them

– A case of Ebola appeared in Port Harcourt, Nigeria, testing the government’s successful efforts to contain the spread thus far

– Laurie Garrett, who got a lot of guff for hyping the danger to the U.S., makes a plea for more action with what I took to be a very sober and sensible column

The take-home message of the road map boils down to this: Stopping Ebola is going to require a great deal of money, thousands more skilled health workers and logistics experts, massive communications efforts, huge food and nutrition support for the people of West Africa, and “coordination, coordination, coordination.”

The First Year on the Tenure-Track: Wanting to Give the White Whale Back