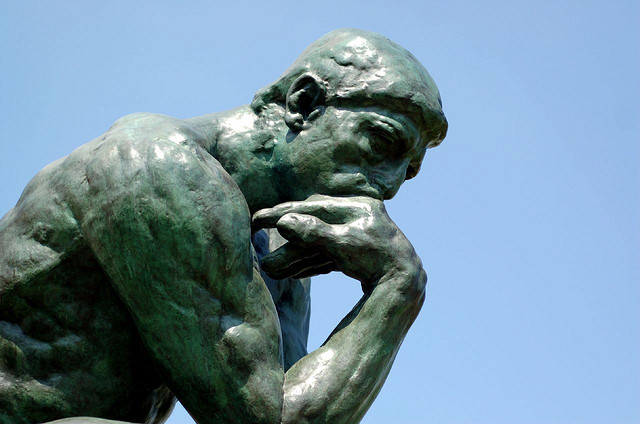 Recently a friend and colleague wrote me to say:

“The SS piece is actually really useful to me as a model for dealing with Political Science post paradigm wars.”

Which prompts me (as if academics ever need such a prompt) to revisit an issue I raised almost a year ago: the role of theory in policymaking. In that long ago post, I mentioned that Patrick James and I had an article under review that addressed the relationship between theory and policy from a fairly novel perspective, and I am happy to say that article—entitled “Theory as Thought: Britain and German Unification”—came out earlier this year in Security Studies.

In the piece, we derive inspiration from analytic eclecticism in an effort to develop a more nuanced and useful understanding of how theory interacts with the real world. In pursuit of that agenda, we make a simple but potentially controversial claim: rather than represent objective descriptions/explanations of the world, theories of international relations represent different modes of thinking about the world. These different modes are intersubjective structures and discourses that enable shared efforts to understand and explain the world. Thus, theories are actually shared logics embedded in society that enable policymakers to make sense of the world. As such, IR scholars are embedded within and develop their theories from broader currents of social meaning-making.

To make the argument work, we distil the core operative logics underlying realism, liberal institutionalism, and constructivism. Rather than derive explanatory building blocks from theories and apply them to empirical sources, we analyze policy-makers’ modes of thought to investigate whether they contain patterns of IR theory. We realize that doing so is part of the controversial nature of the article, as scholars operating within these traditions may reject the simplifications we undertake, or in the case of constructivism that it has enough coherence to have a unifying logic. We spend some time justifying these decisions in the article, so I leave it to readers to look there for our defense.

After establishing the logics, we apply them to our case study—British policymaking toward German unification. We find that, contrary to claims that these theories only explain the international system, they actually represent modes of thought that shape how actors see the world. Moreover, all three logics play a critical role in the British policymaking process, interweaving to produce a complex constructed social reality. The logic of realism clearly played an important role in shaping the perceptions of top British leadership, particularly Thatcher, of German unification as a problem. This foundational assessment played a crucial role in shaping how the British understood the events of 1989 and 1990. But it did not play an important role in how the British responded to the process of German unification. By turning to NATO, the CSCE, and the EU to integrate an expanded and quasi-hegemonic Germany within the existing network of institutions, the logic of neoliberal institutionalism played a critical role in how British policymakers constructed their policy response. Why did the logic of neoliberal institutionalism prevail over the logic of realism in directing British policy? Here the power of the logic of constructivism is evident, particularly the role of identity and rhetorical entrapment. These logics constrained British policymakers to cooperative policy options.

A range of implications arise from our argument, and we spend considerable time in the conclusion talking about them so I only present a couple highlights here. One of the implications that comes out of our argument is that no theory of international relations is consistently applicable across space and time. Rather, the applicability of theory to events depends on the particular mix of theoretical logics in a particular time and space. These logics, like other socially constructed systems of meaning and relation (e.g. identity) may come to be sedimented (in strategic culture for example) and thus relatively stable over the short to medium term. But scholars would be well served to problematize what theoretical logics constitute the dominant discourses and narrative in the times and places they are interested in studying.

Another implication addresses the divide between material and ideational approaches to IR. Material versus ideational analysis emerges as what Brecher calls a “flawed dichotomy.” Regardless of the approach under consideration, it is not possible to comprehend how policymakers understood German transformation without both. The most convincing account is one that recognizes the contributions of multiple paradigms to understanding complex international events with intertwining logics. For such reasons, frameworks ranging from the streamlined realism to the more intricate constructivism should be regarded as complementary rather than competitive in resolving the mysteries of IR.

A final implication regards the separation between theory and reality, and the gap between academics and policymakers. If we are right about the basis of theory, that means that theoretical development corresponds with changes in the world and how state leaders and societies come to terms with those changes. But the influence is not unidirectional. Theories also shape the world, providing systems of meaning that are taken up and integrated into shared logics. Thus, at a fundamental level there is no gap between academics and policymakers even if on a day-to-day basis such a gap seems yawning.

Theory is thought, both in the minds of scholars as well as actors in the ‘real’ world. Incorporating that simple observation into research on international relations holds the potential of greater illumination—from theory development to analytical veracity to bridging the gap between IR scholars and practitioners.

The Danger In "Leading From the Front"