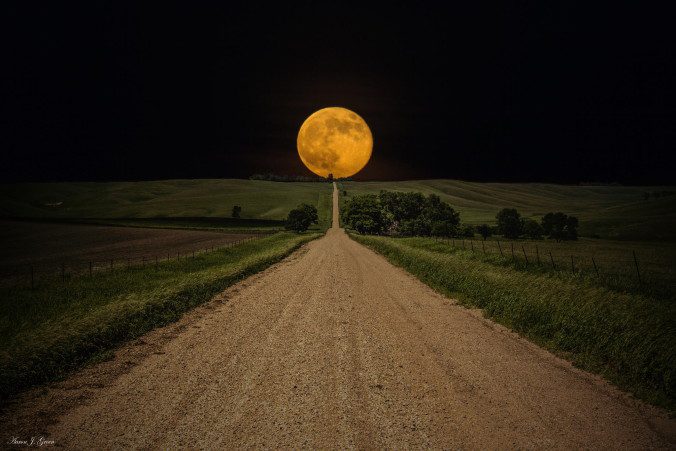 Roads. Who can be against them, right? They allow us to get from A-to-B. And as anyone who has been to a place where there were no roads can attest, their absence is a real impediment to the modern political economy. The construction of roads is thus a central feature of the international development agenda. The World Bank publishes analysis of road investment by developing countries. The World Trade Organization claims ~30% of all overseas development aid ($25-$30 billion) is spent on trade related development—central to which is road construction and maintenance.

Which is why a recent study released on the ecological impact of roads is so depressing. The abstract:

We conducted an analysis of global forest cover to reveal that 70% of remaining forest is within 1 km of the forest’s edge, subject to the degrading effects of fragmentation. A synthesis of fragmentation experiments spanning multiple biomes and scales, five continents, and 35 years demonstrates that habitat fragmentation reduces biodiversity by 13 to 75% and impairs key ecosystem functions by decreasing biomass and altering nutrient cycles. Effects are greatest in the smallest and most isolated fragments, and they magnify with the passage of time. These findings indicate an urgent need for conservation and restoration measures to improve landscape connectivity, which will reduce extinction rates and help maintain ecosystem services.

In a New Yorker piece on the study, Dr. William Laurance at James Cook University in Australia is quoted as saying “Roads scare the hell out of ecologists.”  In the context of arguments about a human-driven sixth mass extinction, the news about roads highlights the increasingly relevant tension between development in the model of Western-style industrialization and the capacity of natural systems to cope. None of this, of course, is news to scholars in development or in environmental policy. But for generalist IR scholars it is yet more evidence that the environment needs to be a factor in our analysis.

Women’s Integration into Combat Stuck in a Physical Stalemate