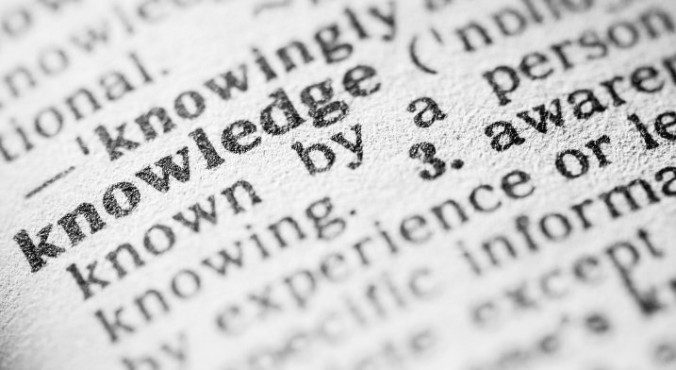 How do we know?

In her review of my 2012 IO article on identity and security in democracy, Charli asked a very important question: how do we know other states are democracies? I think this question, writ more broadly, is something IR scholars overlook to a detrimental degree. Perhaps because of the objectivist ontology that underlies much of IR scholarship (and is perhaps an extension of human psychology) I think there is a general reluctance to problematize collectively held knowledge of the world.* But, as events playing out today show, the question of ‘how do we know’ in the context of states and societies is crucially important.

I am currently teaching on my department’s 10-week EU study abroad and recently the students were confronted with an argument linking knowledge to a looming challenge for the EU. Specifically, the challenge is the potential that the UK may exit the EU. During the course of a briefing by a British MEP, some of the students asked about ‘Brexit’ and specifically why the UK, alone among the EU member countries, was confronting voluntary exit from the Union. His response focused on the role of the media in the UK. He pointed out that a substantial portion of the print press in the UK is controlled by three corporate groups: News International (Rupert Murdoch), Hollinger International (formerly headed by Conrad Black), and the Daily Mail. All three are Euro-skeptic, albeit for different reasons (Murdoch chafes at the regulatory obstacles put up by the EU while Black once urged the UK to join NAFTA).

As a result, for years major media outlets in the UK have published a constant stream of claims challenging the competence and merits of the EU. This long-term misinformation and exaggeration, according to the MEP, eventually changed what Britons know about the EU. While any given story may be dubious, or at least obviously politically slanted, over time the political agenda of those media outlets has seeped into collective British consciousness, giving rise to a relatively high level of eurosketicism. It strikes me that if the MEP is correct, there is a powerful dynamic at play here that has the potential to produce a dramatic shift in international relations, and scholars can engage theoretically and empirically.

There are other examples that as well. Russian media control and manipulation of social and traditional media throughout the Ukraine crisis has in part prompted the rise of a new term, hybrid warfare. Manipulation of media and knowledge in the security context is nothing new of course. States have used propaganda to manipulate public knowledge during times of war for a long time. But the fact that Russian manipulation surprises us should serve as a warning that perhaps we have gotten too complacent the nature of shared knowledge and the question of how we know.**

**Dan Nexon points out that knowledge is social for social scientists, too.

The Latest in the Data Fraud Scandal