The “Future” of “Global” “Security” “Studies” 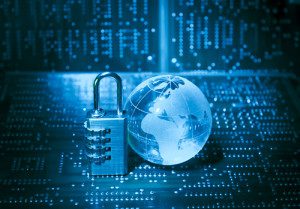 Last Friday, I had the great pleasure to attend a workshop on “The Future of Global Security Studies” at University of Denver’s Sie Center for International Security and Diplomacy.

The event brought together authors for the inaugral special issue of ISA’s new journal, the Journal of Global Security Studies, which promises to showcase new research and new thinking in security studies, but also to bring diverse perspectives into dialogue. As such, the workshop was one of the most engaging I’ve ever attended: realists, big data proponents, feminists, and securitization scholars all in the same room for a day is (no pun of any sort intended) a blast.

My role was to discuss papers, and as one of several discussants I’ll be participating in the first JOGSS “Forum“* along with Stephen Walt, Joshua Goldstein, Jon Western and Alex Montgomery.  Our job in the “Forum” will be to pontificate on the special issue theme.

In an effort to both get my ideas moving for this contribution and crowdsource ideas and feedback, here are my initial thoughts / observations after the discussions I heard Friday. I’ll organize them by thinking about the thematic buzzwords “Future” “Global” “Security” and “Studies” in reverse order:

Studies: Thematic Theorizing Builds Bridges.  In thinking about security studies as a community of somewhat disparate sub-communities, and the journal’s mission to bring them under a big tent and get them talking to one another, it struck me at this workshop that the pathway to doing that is to focus on thematic questions going forward. Security studies has been fractured by substantive emphases on (say) great power politics or human security or arms control. Instead, these papers suggest that if we begin thinking about concepts like “power” or “death” or “fear” or “violence” or “territory” that underpin and tie together various research traditions in security studies, we may begin to have more meaningful conversations.

Security: Gender (and Race) Remain Marginalized as a Security Issue. I was delighted when white, male, senior, conventional security studies scholar Joshua Goldstein pointed out the absence of gender in the workshop. Two papers addressed or built on feminist theory, but few of the other papers incorporated gender in meaningful ways despite some obvious opportunities: body counting is innately gendered, for example. So are power, spatial dynamics, neurobiology, and ethical traditions. Goldstein is right that attention to gender – and race – should not be limited to a token feminist theory paper in the special issue or any issue but ought to be mainstreamed throughout the way we do security studies going forward. The good news is that both the spirit and institutional processes at JOGSS will help incentivize this, as the workshop dynamic demonstrated. At one point, Joshua asked attendees to pause for ten seconds and think about how gender as a category of analysis could be applied to their argument. I encourage all readers of this post to do the same, whatever you’re working on. Do it for gender, and then do it for race.

Global: Local and Planetary Security Should Be Included. There was a sense at the conference that “global” could mean lots of things, and that substantively it included at a minimum the interplay between national, international and global security traditions both in terms of threats and policies. I’d go beyond that though and push the discipline to consider localized security issues as part of the global security mosaic – in a globalized world, everything from children’s experience in gangs to community militias protecting civilians to reforming the US security sector’s approach to campus rape should be considered fair game. Simultaneously, we need to expand our reportoire of substantive issues beyond the existing “global” agenda and think truly globally, about planetary security. Climate change, ecological security, developments in geo-engineering, outer space policy, institution-building around asteroid protection and governance of the oceans should be at least as relevant to the security agenda as subjects that dominated this workshop: war, diplomacy, great power jockeying, and violence.

Future: Future Studies Meets Security Studies?
Aside from Mike Ward’s paper on the use of prediction in security studies, very little time was spent at this workshop really engaging future studies. Yet if we are mapping out a future security studies agenda it bears thinking about where we are going as a species. A recent survey asked laypersons and experts to predict what might cause the world to end – perhaps the worst global security outcome imaginable. Laypersons mentioned topics like those that preoccupy security studies scholars: nuclear holocaust, climate change, disease. Experts predict technology poses the worst threats going forward: artificial intelligence, nanotechnology, synthetic biology. Surely remaining abreast of policy development in these areas should be part of the security studies agenda; and we need some serious scholarship on the drivers of threat perception around the future.

__________________________________
*Forums are thematically clustered essays of about 3000 words  each. The journal wants “high quality, short essays by different authors that reflect on varied aspects of a theoretical or empirical question related to global security. A forum allows articles that are conceptually compatible but methodologically different to appear side-by-side, thereby encouraging conversation among different parts of the sub-field.” Submit here! :)