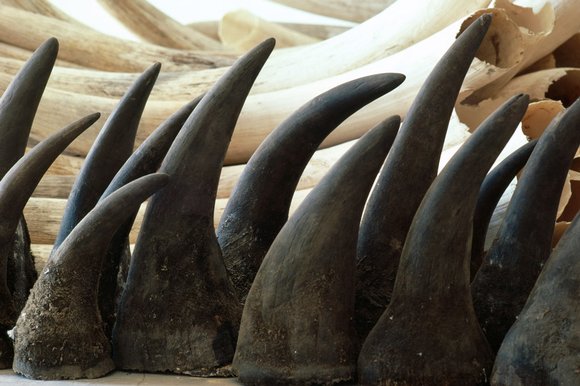 Additional Arguments Against Legalizing the Trade in Rhino Horn Pt. 3

In my last two posts (here, here), I wrote about a recent Foreign Affairs piece that proposed lifting the ban on trading rhino horn and the political and substantive reasons why such an idea is problematic.

Save the Rhino International is generally in favour of sustainable use, believing that conservation efforts must, as far as possible, be income-generating in order to avoid over-reliance on international donor support (and any undue strings attached to funding support by those donors). In reality, we recognise that some rhino conservation field programmes have very few options for income generation (unlike, for example, government wildlife departments that derive income from National Park fees), so we accept that there will continue to be a need for donor funding in many cases. However, we have not yet reached a position on the debate over a (semi) permanent legalisation of the trade in rhino horn.

On the demand side, South Africa (if it is to propose a legal trade at the next CITES CoP in 2016) still needs to establish a credible trading partner. Neither Vietnam nor China nor any other country has yet come forward. Being a credible trading partner will entail a much higher level of law enforcement and political will to combat the illegal trade in rhino horn than has been evidenced so far. Who knows how rising affluence in other Asian countries will affect the demand for rhino horn? And who knows how many more Vietnamese or Chinese will want to buy rhino horn once the stigma of buying illegal products is removed.

Will either regulated trade or a one-off sale of rhino horn incentivize demand?

Most of Save the Rhino’s objections are to a one-off sale like the 2008 ivory sale. As I wrote about in my 2013 book, that sale turned out to be a disaster.  Instead of flooding the market and lowering prices for elephant ivory as intended  (and hence lowering the incentives for poachers to kill more elephants),  prices spiked because the Chinese government ended up hoarding the ivory and then doling it out in small amounts at a time, thus increasing ivory’s value and the incentives for poaching.

Alex Kasterine, the author of the Foreign Affairs piece that proposed lifting the ban, said that, according to a study by Elephant MIKE (one of the main monitoring groups for elephant populations) there is no evidence that the one-off sale of ivory incentivized demand for ivory.

I’ll come back to the relevance that this has for rhino horn in a minute, but the authors in that 2014 piece in the journal Pachyderm  – Michael ’t Sas-Rolfes, Brendan Moyle, and Daniel Stiles – make some pretty interesting arguments against the fashion of destroying stockpiles of ivory, which they fear may be incentivizing stockpiling by traders. They note that demand for ivory surged in China in the 2000s as demand for luxury goods of all kinds increased. Most Chinese consumers were unaware of the one-off sale. They conclude:

MIKE (CITES 2013b) concluded after analysing the PIKE and associated data, ‘The MIKE analysis has therefore not found any evidence to suggest that illegal killing of elephants increased or decreased as a direct result of the CoP decisions. If the decisions had any effect on poaching levels, that effect was not discernible from the available data.’

Does that mean new one-off sales of either ivory or rhino horn should be blessed? I can see the logic here. It’s the same logic behind ecotourism and sport hunting. Create use value for local populations through some commercial activity, and they are more likely to protect the species from extinction. I suppose it really comes down to whether or not demand in Asia is elastic or inelastic. The paper in Pachyderm looks at both demand for carvings and stockpiles. On carvings, they note:

If buyers are relatively insensitive to higher prices and tend to sustain their consumption, demand is price inelastic and trade bans face significant hurdles.

In terms of traders, they make the case that: “Traders are willing to hold large stocks of ivory if storage costs are low and they expect the price of ivory to increase.” An argument against destroying stockpiles is threat of flooding the market with ivory to drive down prices. If you read the whole piece, it’s mostly an argument against crushing or burning ivory stockpiles. The piece is agnostic on legalizing the trade:

Existing attempts to change consumer behaviour (and therefore reduce ivory prices) employ both coercion (trade bans) and moral suasion (demand reduction campaigns). However, reducing supply via bans and stockpile destruction may exert upward pressure on prices, thereby offsetting gains from demand reduction. Attempting to reduce supply and demand at the same time is akin to simultaneously turning up the heating and turning on air-conditioning; it does not make good sense. Demand reduction alone may make short-term sense, but it ought to precede supply reduction to pre- empt the conflict.

I think the key thing that proponents of legalizing the trade in rhino horn have to make is how would it work so that the adverse effects, of being used as a cover for the illegal trade and for de-stigmatizing demand at a critical moment. Kasterine makes the comparison with cigarettes, where you it can be legal and heavily regulated with revenue pumped back in to demand reduction, but I’m not convinced that this can be administered properly. As Sas-Rolfes and company note:

The common risk associated with legal trade is laundering (Khanna and Harford 1996; Bulte and Van Kooten 1999). Illegal ivory has a long history of being laundered as legal and concealed within the legal trade…

Another conjecture is that legal trade results in lowered enforcement effort or makes enforcement less efficient (Bulte and van Kooten 1999).