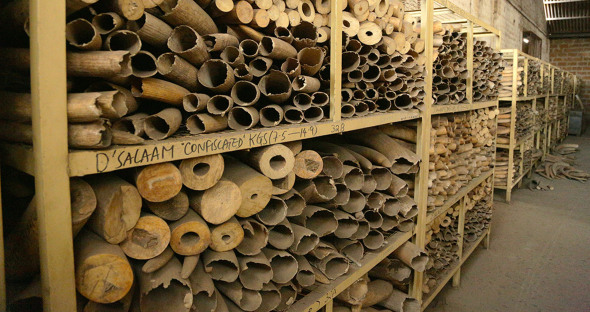 Two weeks ago, I came cross a provocative piece  (paywall, free version here) Foreign Affairs published earlier this year by Alexander Kasterine from the UN/WTO International Trade Center on legalizing the trade in wildlife, namely for rhino horn, but conceivably for other species that are currently illegal to trade under the Convention on the International Trades in Endangered Species (CITES). Indeed, South Africa, host to the 2016 CITES meeting and home of the majority of the world’s remaining rhinos, is angling to legalize the trade in rhino horn in the face of an unprecedented onslaught of poaching that the current is facing. Is legalization of the trade in these species a good idea? In the first of several posts, I’m going to begin to analyze this question. My initial take on this question is that legalizing the trade is not a good idea, but I’m using these posts to try to work through the arguments for and against the idea, beginning with rhinos but then I’ll assess some other species.

Kasterine’s main argument is that the ban is failing Africa’s wildlife:

Just as taxes on cigarettes fund education and health programs in the United States, similar levies would also provide ample funds for campaigns to combat poaching and reduce demand. Meanwhile, regular de-horning of the animals would increase the global horn supply, lowering prices and the attraction of poaching. Rhinos produce nearly one kilogram of horn each year, which can easily be harvested through a simple veterinary procedure. Farming the animals ethically, moreover, would allow consumers to demand horn products from sustainably managed sources.

He likens the trade in wildlife to the drug trade:

But policymakers should heed the lessons of the drug wars. Bans fail because borders remain porous and officials corrupt. There is no wall high enough to counteract enormous financial rewards for breaking the rules to feed a voracious market.

Rhino horn grows back and thus one could conceivably have a renewable resource of rhino horn (though at current prices, rhino horn is so valuable that poachers will hack every last bit out of an animals’ face).  While the piece focuses on rhino horn, I believe the implication and intent is to object to wildlife trading bans in general.

I had a Twitter exchange with Kasterine about the idea that I’ve put in to Storify and embedded below. Given recent experience with one-off ivory sales, I’m very skeptical of this idea but am aware that there are certain parallels with the drug trade for which prohibition has not worked well at all.

As I said, I’m skeptical that a regulated trade will work in this space. In my next post, I’ll summarize the main arguments against the idea.