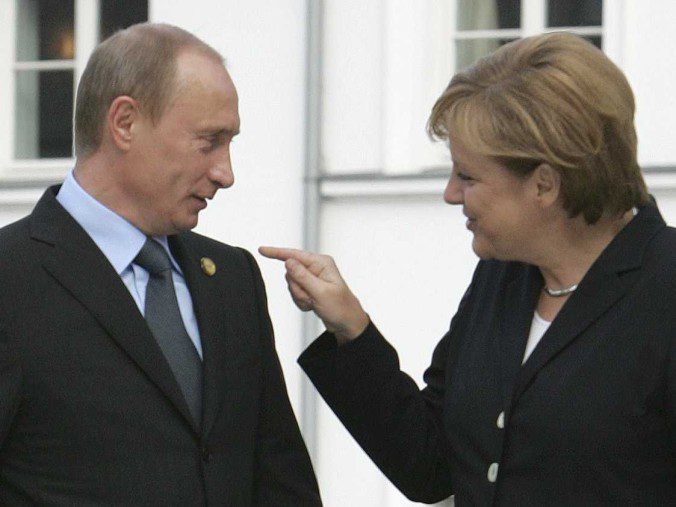 Partly Missing the Point: Rethinking US and EU Sanctions on Russia

Recently, Suzanne Nossel published a piece critical of US and EU sanctions against Russia. A number of her points make sense. For US-EU sanctions to really isolate Russia and thus have a chance to change Russian behavior in the short term, they need to have the participation of other major states in the system like China and India. Without those states, the isolation effort is doomed to fail. Moreover, the effect of US-EU sanctions will fade over time as Russia deepens economic interaction with non-participating states. The marquee example is the May 2014 deal for Russia to provide $400 billion in gas to China over 30 years (Russia and China announced a second deal in November 2014, but as one analyst notes, that second deal is not a deal on price or timelines, but rather a agreement to discuss further). Nossel also rightly notes that sanctions did not prompt Putin to change direction but rather to impose counter sanctions. And as the continued violence in East Ukraine suggest, Putin has not dropped his military support for separatists or changed his mind about implementing the Minsk II agreement. The sanctions, at least in the short term, has also lent superficial veracity to Putin’s narrative that the West seeks to prevent Russia from regaining its national greatness.

So sanctions are not the panacea that they are claimed to be. But I wonder who makes that claim? Nossel points to statements by the EU and the Obama Administration that the sanctions are meant to change Russian policy. But those statements and the sanctions themselves do not really hold out the possibility of sanctions as a panacea. More importantly, I think Nossel misses some of the more important impacts of sanctions that may not change Russian behavior in the short term, but will certainly have long term impacts.

First, and perhaps most important, the sanctions are providing a political basis for reorienting European energy infrastructure. As Nossel notes, Europe relies on Russia for about 60% of total gas use, but that dependency is very lumpy. Eastern European countries are far more reliant on Russian gas than those in the West. But more than the total gas reliance, Europe is reliant on Russian favorable infrastructure. Much of the pipeline infrastructure is designed to flow from east to west. Eastern EU members are also tied into the Russian electrical grid. The sanctions and the unity that have made them possible have given EU members and the EU institutions the political space to pay the high cost of reorienting European energy infrastructure. The EU is funding gas interconnectors and liquefied natural gas (LNG) terminals are coming online. Lithuania is laying seabed electrical lines to Sweden to tie it into the European electrical grid. There is new urgency to discussions of a European Energy Union. These efforts promise to weaken the Russian government’s ability to extract capital from Europe, which in turn weakens the ability of Russia to modernize its military. There are indications that these European energy reforms are having an impact in Russia. Russian military vessels are harassing contractors in the Baltic Sea laying the Lithuania-Sweden electrical lines. Putin complains in an interview with Corriere della Sera about efforts by the Baltic states and Ukraine to join the EU energy system and the costs to Russia.

Second, the sanctions are not targeting conventional Russian energy industries, but they are targeting the ability of Russia to grow extractive capabilities by denying access to Western technology. Eventually, these sanctions will put Russia further and further behind in terms of the economic capacity of its major hydrocarbon firms. And since roughly fifty percent of Russian government revenue comes from the hydrocarbon sector, this has significant future implications.

Third, by forcing Russia to deepen reliance on China the sanctions are limiting the scope of Russian action in the future. Nossel notes that Russia has sought to divide members of the EU by meddling in their internal politics. That effort is undoubtedly aimed at creating political space for Russia to act, with possible secondary benefits of weakening the EU generally. But China would not be vulnerable to such manipulations. Moreover, the decreasing reliance of EU on Russia means that those manipulations will have less force in the future in Europe. All this means that it would be more difficult for Russia to create the political space to take actions like those it has in Crimea and Ukraine.

In short, my argument is that Nossel, and those like-minded, miss part of the point of the sanctions on Russia. The sanctions have political effects on the EU (and perhaps the US as well) and are spurring changes that decrease Russia’s leverage in the long term. So yes, Nossel is right that sanctions will not reverse Putin’s malfeasance in Ukraine but in the long term they have the potential foster the conditions to limit Putin’s ability to re-enact his actions in Ukraine elsewhere. Perhaps that is only a partial solution, but it would be much better than the alternative.