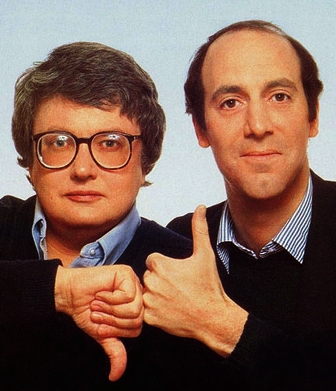 PETA calls for Walter Palmer to be hanged.  Offensive?  Yes.  But it is doing what we expect groups like PETA to do.  The PETAs of the world play a very important role in the world of global activism and international nongovernmental organizations (INGOs) – they make some outlandish statements, they embark on ambitious (perhaps even wacky) projects, but these actions mark clear distinctions between types of INGOs: even if INGOs are a class of actor, they often adopt very different means to approach the same concern.  PETA’s role is to stay outside of the mainstream, to do what other INGOs won’t do.

What is it that INGOs actually do?  In general, we can say that they advocate and act in the service of a social or political cause that revolves around a set of principles.  While we tend in the political science (and sociology) academy to study those on the political left, there are certainly a wide variety of groups that fall under the INGO category, including sporting groups such as the National Rifle Association.

One way that INGOs can generate traction for their causes is to take to the media and make statements.  Some INGOs back their statements up with careful research, but this is not necessarily always the case.  So PETA’s call, while extreme, is not necessarily “bad.”  The Humane Society of the US calls Palmer a “morally deadened human being.”  To contrast, Ted Nugent, who is on the board of the NRA, has written that the whole story about Cecil is a lie and says “God people are stupid.”  Ouch all around.  But the point stands: INGOs are not immune from hyperbole and shakily-based statements designed for sound byte and 140-character culture.

Talking aside, INGOs actually take on issues that others leave to lie fallow.  The early days of the human rights movement were characterized by “fringe” actors (e.g. Amnesty International) holding states accountable to the very treaties they signed.  Greenpeace became famous after its “Rainbow Warrior” ship engaged in all kinds of confrontation on the high seas.  Recently, its activists have scaled oil rigs and more to protest Arctic drilling.  Other environmental INGOs have pursued less media-seeking but nonetheless dramatic non-state alternatives to the global warming problems since international solutions, such as the Kyoto Protocol, have stalled.  In short, INGOs tend to take things on that other actors (such as states or corporations) don’t.  Sometimes, what they do seems fringe, but these fringe activities may lead to outcomes that otherwise would not happen.  Eilstrup-Sangiovanni and Phelps Bondaroff recently published an article in International Studies Quarterly that explained the importance of direct enforcement by NGO Sea Shepherd, including enforcement of existing laws around whaling.  A New York Times piece explored illegal fishing by a notorious boat, stating,

“No government had been willing to dedicate the personnel and millions of dollars needed to go after it.  So Sea Shepherd did.”

PETA’s statement, while reprehensible, is the land-lubber’s equivalent of Sea Shepherd’s dangerous, sometimes questionable activities that emphasize the importance of an issue.  It forces others to contend with a problem (albeit, likely in less dramatic ways).  States with lax hunting laws (i.e. Zimbabwe) are being shamed; states where rich international hunters come from (i.e. the USA) have to think about its current endangered species policies.

Finally, PETA’s stakeout of one end of the continuum of statements regarding Cecil the lion’s killing reflects an implicit “division of labor” in the INGO universe.  Sawicki and Simeant discuss the segmentation of the activist organization market, with activists needing to match their commitments to the right organization.  In research that Sarah Stroup and I have been working on, we show how INGOs differ dramatically in the amount of authority they have before different audiences, and these differences affect what they can do in global politics.  INGOs do a variety of things, and not all INGOs are good at everything, even those working in the same issue area ostensibly struggling for similar things (see Jennifer Hadden’s fantastic book on the tensions between various environmental INGOs and coalitions). 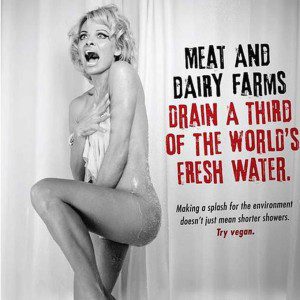 PETA’s role as a provocateur and bullhorn, its fearlessness in its statements and its tendency towards shock is part and parcel with the INGO universe working on rights-related issues.  I agree with Maryam that calling for the death of another human being is pretty unethical.  But where does impact end and unethical begin?

If throwing up scantily-clad, suggestive posters of Pamela Anderson draws more people to the cause of animal rights and awareness of animal cruelty, has PETA achieved its goal?  Even if its stomach churning videos of industrialized meat production haven’t made the world vegan, can we say that they haven’t contributed to the ethical consumption of animal products that corporations such as Whole Foods promote?