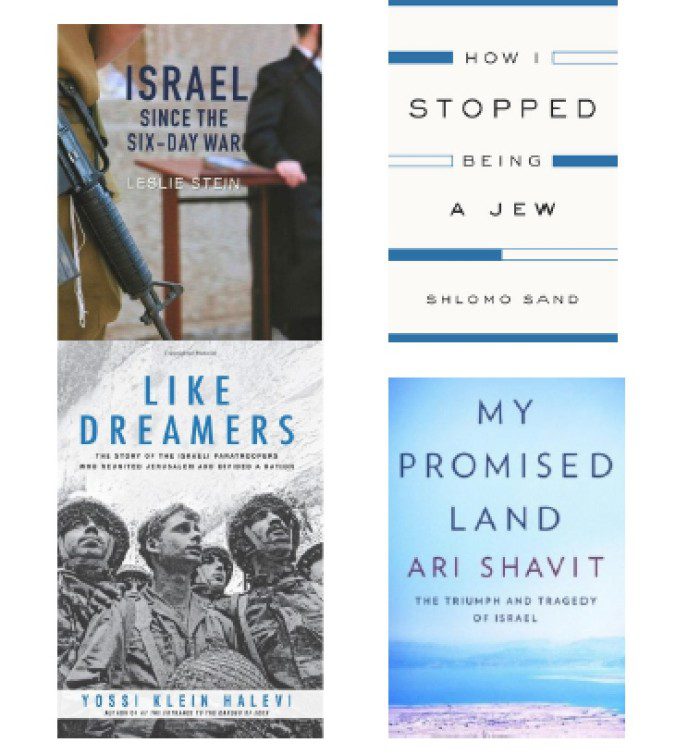 Thoughts on Subjectivity in Writing about Israel

This is a guest post from Mira Sucharov, an  Associate Professor at Carleton University.

Particularly in areas of contested politics — controversial policy issues, protracted conflict, clashing narratives, and the like — how much responsibility do authors have to remain unbiased? It’s a problematic word, bias. It’s almost always used either in the context of accusation or in ingratiating self-deprecation. But what if we shift from the term bias to the more encompassing — and less value-laden term — subjectivity?

I recently reviewed four books on Israel and Israeli-Palestinian relations for International Politics Reviews (ungated access here). Each book deploys what some would call bias — and others would call subjectivity — in varying ways. Partly because of the respective narrative voice of the authors and partly because of the differing goals of each work, the effectiveness of the subjectivity tool varies in the hands of each writer. And if I’m going to take subjectivity seriously, I would be obfuscating if I didn’t say that their effects on me, as a reader, are no doubt partly a function of my own values and viewpoint — in short, both my own subjectivity and my subjective preference to see it used in the hands of my peers.

The most conventional of the four, Leslie Stein’s Israel Since the Six Day War is the one that, to my mind, is most problematic, partly stemming from something rather prosaic: his tone. In seeming to bolster Israel’s image at many turns, Stein is often, in a word, snarky. It’s the typical discursive mode for the unfortunate style of medium that sites like Twitter have popularized, but in a long-form book it’s off-putting. In the review essay, I provide a handful of examples. The effect is to bring the author’s subjectivity forward, but without any attempt at grappling with it self-consciously. It’s an awkward writing position with which to engage the reader.

Given Stein’s attempt at scholarly objectivity and his desire to dismiss other perspectives too quickly, I’m left unsatisfied. To wit: is the Israeli-Palestinian conflict at root an anti-colonial struggle? As a scholar, I happen to agree with Stein that it’s not, but I do think that the anti-colonial interpretation needs to be taken seriously as an alternative, if only because that’s how the Palestinians as people have often experienced it. In other words, the Nakba of 1948 and the ongoing occupation since 1967 certainly lend themselves to the experience of being controlled by a colonial (European) power, even if a careful reading of the colonial example would render it rejectable.

In short, an author’s political and intellectual commitments — particularly in areas where scholarly debate has already been contentious — are simply more palatable when surrounded by the deployment of subjectivity. And if coming clean about one’s own commitments isn’t an author’s bag — there are various views on this, after all — we should, as social scientists and humanists, at the very least pay close attention to the experience of the subjects we’re writing about.

For example, Yossi Klein Halevy’s book — Like Dreamers: The Story of the Israeli Paratroopers who Reunited Jerusalem and Divided a Nation — about the 1967 generation and the rise of the settlement project —is not explicit about the author’s own subjectivity. But his careful attention to the subjectivity of his principals — various individuals from all parts of the political spectrum — draws the reader in. In a conflict full of criss-crossing narratives, this kind of work — though not scholarly in the conventional sense, and by its title, easily interpretable as a celebration of Israel rather than an analytical journey — nevertheless fills an important gap.

The other two books deploy subjectivity to great effect, whatever one’s views of the political conclusions advanced therein. And I think that is precisely the point: it’s harder to be frustrated by an opposing argument if the author has done the work of exposing his or her own identity and experience. Shlomo Sand’s How I Stopped Being a Jew  is as subjective as it gets. And though readers sympathetic to Zionism will be irked by his conclusions, generous is the writer who offers his own experience — particularly one that goes against the grain — as a baseline for a political argument. (One can debate whether ethno-national arrangements should be based on the group’s historical and dominant identity or whether outlying voices should be heard more prominently; in my own narratives-based work I tend to side with the former, which is why I appreciated the opportunity to be challenged by Sand.)

Similarly, Ari Shavit’s My Promised Land takes subjectivity — his own, as an Israeli who descended from early Zionists, and that of Israel’s founders — as a starting point. Readers on both the right and the left have taken issue with Shavit — the right pilloried his account of the massacre at Lydda; the left has criticized him for not rejecting Zionism.

For my part, I think that one can quibble over issues of fault and responsibility, and whether mantras like the two-state solution are possible or even desirable, but one cannot fault a writer for laying bare his or her own hopes and dreams, particularly in an area where we are often urging conflict stakeholders to move from the past into the future.