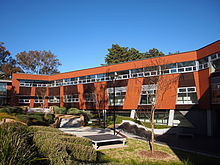 So, in another installment on the job market front, I thought I’d weigh in with some thoughts on possible differences of job postings and hiring  processes at policy schools. Admittedly, this is an idiosyncratic take having just worked at one of them, but I think there may be some generalizable aspects from my own experience. I have also passed through two others as a post-doc. If my institution is any indication, policy schools tend to be heterogeneous interdisciplinary places which can make faculty coordination and hiring processes even more fraught than in a disciplinary department. So, here are some thoughts on what to look out for if you are aiming for a job at a policy school.

First, policy schools are often eclectic, inter-disciplinary places  which makes internal coordination on hiring goals potentially even more difficult than disciplinary departments. You not only might have sub-field differences, but political scientists might be a small minority of the faculty with economists, sociologists, historians,  practitioners, public management, public administration, lawyers, all on faculty. In those circumstances, hiring an additional political scientist has implications for intra-school disciplinary balance. That doesn’t mean policy schools aren’t hiring political scientists, but you should know what the lay of the land is.

Searches might be discipline specific or it might be hard to tell from the job description. That might be because there is no internal consensus so the school will defer the fight over what candidates to invite and who to hire until after the job has been posted. You might not see job listings on the normal political science timetable, but that could be a function of ambiguity over what discipline they want to hire in so they start when they get their act together. Less likely, some places may lack of awareness of the early fall listings for new jobs in poli sci.

What Kinds of People Do Policy Schools Want to Hire?

Your research doesn’t exactly have to be topical, but it has to be policy-relevant and have important real world implications. Given that the search committee is likely to be composed of mixed fields, you need to ensure that your cover letter is of maximal interest to multiple audiences. That puts the onus on you to convey that you are not only an excellent fit for the position and the school but that you are asking and answering an important question in a sophisticated way. There might be challenges for qualitative scholars in schools populated by lots of economists, but judging from my own experience, that’s not dispositive.

Read the listing carefully and write your cover letter to emphasize your fit with the job, the school broadly and its teaching needs in particular. My school teaches graduate students only and has a small PhD program. We have two MA programs, each with core courses. We often need to hire someone to teach core courses like an Intro IR course, a methods course, a micro course, a foreign policy process course, and writing. Other programs may have core classes in IPE, finance, trade. Do your homework on the place and the people there so you can say why they should hire you.

It can help if your committee knows people on faculty at the institution. Given the interdisciplinary nature of job listings, there could be several hundred applicants from different fields for one job. It can help the committee if you have some signals that suggest your file is worth more than a cursory look. As I said before, committees will look at heuristics such as where you went to school, post-docs, publications record, who you studied with. Beyond that, they may look for what kinds of bonafides you might have in terms of actual policy experience. It’s not unusual for candidates to graduate from top notch places but also somewhere along the line to have served in the military, the executive branch, worked for an IGO or NGO, or a think tank. Alternatively, someone could have extensive substantive or regional expertise from having had another career in say consulting or from extensive periods of field work.

That observation suggests candidates fresh out of graduate school who powered through a PhD program right out of undergrad may have a tougher time landing a job at a policy school.  That’s not always the case, but I think policy schools might be more interested in seasoned candidates with a more established publishing and public service track record than many newly minted PhDs. There may be a tendency for policy schools to do some poaching of early or mid-career folks so if you are at a disciplinary home that you find confining, you might be able to make a move.

For younger folks thinking about a policy school during graduate school, there are ways to build credentials in this space by building a network, participating in the New Era conferences, going to SWAMOS, applying for Term Membership in CFR, looking for pre- or post-docs at Brookings, Belfer, or the Center for Global Development.  I would encourage people to apply for overseas travel opportunities such as GMF’s Manfred Woerner seminar, its Marshall Memorial Fellowship, and similar efforts run by other policy institutions in other cities and regions. You can try political campaigns as well, but those are tough to break into, particularly in graduate school.

I also think building a network of practitioners through elite-interviews can give you rich substantive knowledge of particular policy fields. There may be policy-oriented conferences that you want to attend to get a handle on your subject area, who the right people are to talk to. This can take the form of participant observation. While blogging can be a distraction during graduate school, I used blogging in the mid 2000s as a way to build expertise and a voice on HIV/AIDS, an issue that I wanted to write about for academic purposes but had not yet.

You Got the Talk – Now What?

Let’s say you get the talk. What to expect? You might find the institution has different norms about job talks. Ours, for example, are an hour all inclusive with questions. That means talks at our school are shorter than what I’d been accustomed to in graduate school. Some places have a lot of economists who tend to break in and interrupt speakers mid-presentation. That’s consistent with econ norms but that happened to me at a place and threw me off my game. You should be mindful of different norms in different places, though you can certainly suggest that people defer questions until the end.

Be mindful of your audience, including the students. We solicit feedback from the students, both MA and PhD who have separate side meetings with the candidates right after the talks. I’m sure similar things happen elsewhere. While it might not kill your candidacy, you can’t treat those meetings with students as mere time fillers since your enthusiasm and interest in them (or lack thereof) will be communicated to faculty.

Coming back to the job talk audience, you will have an even more challenging struggle than an IR talk in a room full of comparativists, theorists, and Americanists. You might have some of those but also other fields with their pet take on the issues and methodological preferences and prejudices. Here, having an important question that addresses a significant real world problem is something that can transcend and engage people in other disciplines. You just have to be polished (practice job talks, rinse, repeat) and demonstrate that you that you nailed it to the best of your ability.

It Comes Back to Your Research Focus

So, if you are early on in thinking about that policy route, it all starts for me with the question you choose to pursue. I think being ambitious in the choice of problems or puzzles to address will serve you well applying to jobs at policy schools. If you choose a topic that is tractable with elegant methods but covers an esoteric and substantively trivial issue, then that’s not as appealing as someone who wants to understand something like the origins of the financial crisis.  Be bold and go big because going home isn’t an option.

The Future of Deterrence?