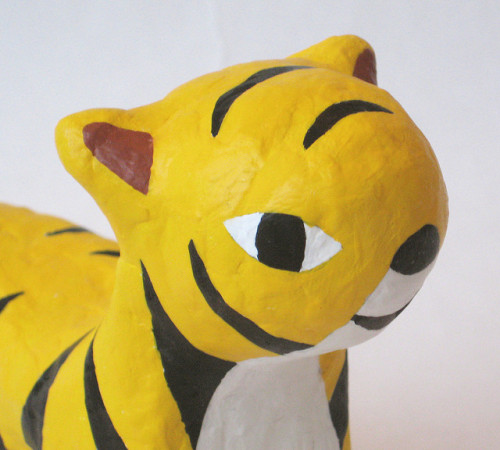 Is Russia a Paper Tiger?

Jeff Stacey has a new piece at Foreign Affairs that is basically a re-skinned version of his post at the Duck of Minerva. It should come as little surprise that I don’t find either piece particularly persuasive.

Overall, I agree with Jeff’s basic assessment of Russian moves as destabilizing. In Syria, where Moscow seeks to save the Assad regime, Russian intervention in a country that the US and its allies are already mounting military operations carries with it significant risks. Also, as Jeff writes:

Indeed, Russia has been playing a dangerous cat-and-mouse game with allied planes and ships across Eurasia for many months now. Among other things, it has been both flying in the flight paths of Western commercial and military aircraft and using ships and submarines to intermittently sail into Western countries’ territorial waters. In addition, Russia has staged a series of large-scale military exercises just across the border of Poland and several Baltic states, and its intelligence service actually seized an Estonian agent during last year’s NATO Summit and held him for several days.

I see this ‘muscle flexing’ as a mixture of ham-handed coercive diplomacy and reversion to Cold War great-power repertoires. It would obviously be better for everyone if Moscow stopped, insofar as they increase the risk of military and diplomatic incidents. But, as I noted a few days ago, these efforts have generally backfired.

Unfortunately, in the second part of the piece takes a wrong turn. Jeff engages in arguments reminiscent of what Jack Snyder describes as the myth of the “paper tiger“: the idea that an adversary is an “innate aggressor” who will nonetheless “bow to forceful resistance.” Thus, Jeff argues that:

By not confronting Putin and Russia sufficiently over its illegal invasion and occupation of Ukraine, the United States and its Western allies effectively gave Putin a green light to project force in other geostrategic hot spots.

When Putin stared down the West and the West blinked, the West lost its credibility and, with it, its ability to deter further Russian bad behavior. Most Western security experts, focused on the conflict over Ukraine itself, ignored the wider strategic ramifications.

Of course, Jeff never indicates what would have counted as ‘not blinking.’ This is pretty typical of such arguments about how lack of sufficient US resolve empowers Russia. It is easy to criticize US policy for weakness, but hard to supply plausible policy alternatives. Here, Jeff deserves some real credit, though. His Foreign Affairs piece may not provide much in the way of concrete counterfactuals, but he has been making recommendations for some time—and here at the Duck of Minerva.

It turns out, though, that  most of Jeff’s proposals involve tinkering at the margins: tougher sanctions more quickly, a military exercise in Poland, more aerial military patrols, and so forth. We can certainly have a thoughtful debate about the celerity and magnitude of American pressure on Russia over Ukraine. But it strains credulity to believe that these kinds of actions would have led Putin to fear US punishment for intervening on behalf of a beleaguered client in the Middle East. You have to believe that, on the one hand, Moscow’s policies are highly elastic with respect to American displays of resolve and, on the other, that Moscow presents a very serious threat to American security.

The only major change that I can find in Jeff’s proposals? Supplying lethal aid to Ukraine. Putting aside the inherent wisdom (or lack thereof) of such a policy, this highlights the incoherence of the “paper tiger” narrative. It requires us to believe that supplying lethal aid to Ukraine would have somehow convinced Putin not to intervene in Syria.  That is, to send military force to a conflict in which Washington and its allies already supply lethal aid to the opponents of Russia’s client and are actively deploying military force. If Putin isn’t worried about the risks there, why would he have backed down in a country he see as much more important to Russian security?*

In truth, it seems much more likely that the kind of “forceful response” necessary to deter Russia from its intervention in the Ukraine would’ve involved unacceptable risks for the United States and its allies: red lines backed by the threat of military escalation of one kind or another.

Moreover, why should we believe that more aggressive confrontation of Russia would reduce, rather than increase, the probability of Russian belligerence? I don’t think it particularly difficult to make the case that current Russian belligerence is rooted in Moscow’s conclusion that Washington has no interest in extending Russia its putatively “deserved” great-power perquisites. It isn’t at all clear that more confrontation wouldn’t breed more confrontation. If you’re going to recommend escalating every conflict with Moscow, you better be damn sure that Putin really is a paper tiger.

*And whenever I hear these kinds of arguments I can’t help thinking about the Russia-Georgia War of 2008. The US supplied significant lethal aid to Tbilisi; the Russians simply destroyed it all.

Note: I’ve significantly modified this post since it was originally published.

US, Canada, and Humanitarian Flights for Syria’s Refugees