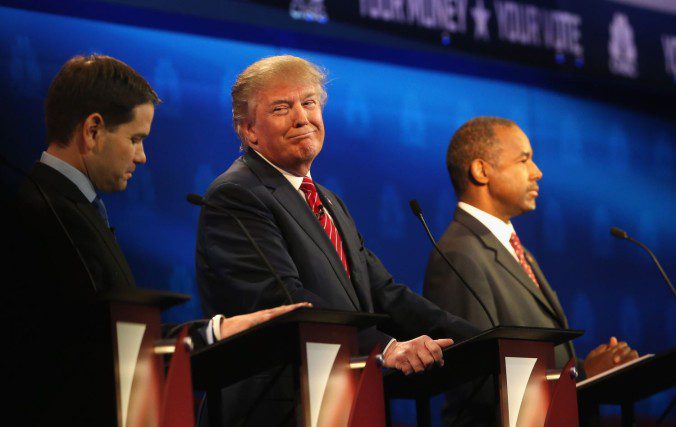 Here is the transcript. You can scour it for an odd line from Christie about “isolationism” or “ISIS.” There was a question about climate change which lasted for all of a minute where Christie fumbled something about investing in clean energy but not through the government.

There was a bit more in undercard debate, mostly introduced by Lindsey Graham who wanted to talk about defense spending, terrorism, and tie Secretary Clinton to Obama’s foreign policy. As usual, Senator Graham was hyping threats “I’ve never seen so many threats to our homeland than I do today.” There was actually a more useful discussion on a pollution tax on Chinese imports and how to deal with cyber threats. The answers weren’t satisfactory (Santorum diverted to his stump speech on trade when asked about taxing the pollution content of Chinese imports). Still, it was a relative bonanza compared to the later debate where foreign policy by my read was absent, neither something that the moderators cared to ask about or that the candidates brought up. Given that previous debates had a lot of foreign policy content, I’m not sure if this debate is at all informative about what role foreign policy will play in the election. It’s not as if the financial network CNBC asked a ton of questions about the global economy.