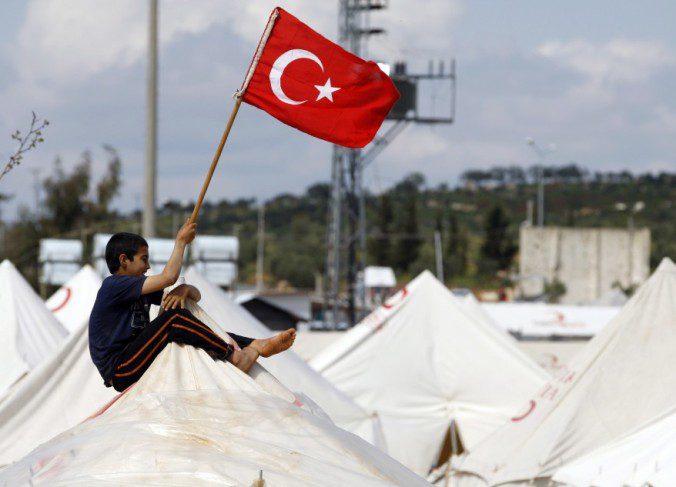 What Are U.S. Interests in Syria?

What are U.S. interests in Syria? As I wrote in a previous post,  I’m not moved by arguments that suggest reputational losses should drive U.S. policy in Syria. The costs of backing  down in Syria over Assad’s use of chemical weapons (and the likely costs of backing down in insisting that Assad must go before negotiations can begin) seem to me to be mostly domestic and political and smaller compared to the potentially high costs of U.S. deep military engagement in Syria. That said, I worry that restraintists, that is those who counsel restraint with respect to U.S. use of force, undersell U.S. interests in Syria and the region. For me, Turkish stability has to be a major concern going forward.

After cataloguing myriad Russian interests in Syria (from Mediterranean bases to balancing against Iran), Cheryl writes that U.S. interests are largely about containing instability and ISIS:

Stability in Syria. The war in Syria and the resultant refugee flows spill over into American allies in the region, including Turkey, Israel, Iraq, and Jordan. There is no obvious successor to Assad, and ISIS now holds parts of the eastern part of the country. Refugee flows to Europe pose problems there. The refugee camps in neighboring countries have the potential of recruiting more terrorists. Disease is also a potential problem; polio cases have occurred in Syria, and vaccination efforts are facing severe difficulties.

She concludes that U.S. interests are rather limited:

Because Syria has been a Soviet and Russian client, the US has no bases or other immediate geopolitical interests there. And thus no physical assets to defend within Syria.

So the only thing I think Cheryl downplays is the risk of regional contagion. Turkey appears to be on the brink of something terrible, which is no small part a function of revived Kurdish activity and counter-actions by Erdogan. The risks to Europe of wider refugee movements and the strains that puts on European unity seem to be significant, particularly if Turkey ends up experiencing internal conflict or mass repression from an anti-democratic turn. I have not seen anyone try to trace the effects of the Syria civil war on Turkey but it seems quite substantial.

All of these developments are worrisome, the bombings at the peace rally in Ankara over the weekend, which the government is now blaming on ISIS. The deterioration in the country’s democratic processes in recent years is also a major cause for concern. The revival of Turkey apparent war with the Kurds, both inside the country and in Syria. Some are openly speculating of the specter of civil war in Turkey, including Kemal Kirişci, Director of the Turkey Project at the Brookings Institution and John Hannah of the Shadow Government blog at Foreign Policy.

As Robin Wright writes in The New Yorker, the situation seems especially grim:

The country has also been sucked into regional chaos. Since civil war erupted in neighboring Syria, Turkey has absorbed some two million refugees, more than any other country. It refused for years to be drawn into the quagmire, but in July, as tensions escalated along the border, Erdoğan approved Turkish military raids and allowed warplanes from the U.S.-led coalition to use Incirlik Air Base, in the south.

“After a decade of stability, it’s pretty clear that Turkey is returning to a previous era—like the late seventies, when forty-five hundred were killed in street violence between leftist and rightist forces, or after 1984, when war began with the P.K.K.,” Cook told me, referring to the Kurdish Workers’ Party, a militant group of Kurdish nationalists.

With elections coming up in Turkey in November, I think it is incumbent upon U.S. policymakers to reflect on the wider instability that is really at stake in the region and what would happen if Turkey goes south. We are talking about a NATO ally, a population of 75 million (three times that of Syria), a gateway to Europe, and a bridge for the West to the Islamic world. At this point, ending the conflict in Syria may be somewhat immaterial to what has already been unleashed in Turkey, but it doesn’t appear we have reached bottom yet in terms of the negative spillover effects on Turkey. I’d like to see the candidates for U.S. president asked to think through what are the risks and obligations for the United States in the region going forward.