What Does it Mean to Promote Human Rights? 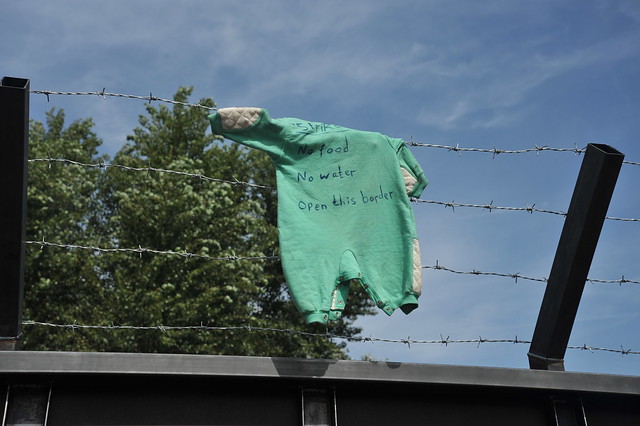 A few months ago, I began my Duck postings with an introspective on what it’s like to have grown up in the USA and moved to Canada to start my professional career. The current context in Canada is both daunting and exciting – yes people, “We the North” have an election. In two weeks. We have three (possibly four or five) parties to choose from, only one has amazing hair, and unlike US elections with the circus of personality assassinations and general chaos that surrounds the process, the Canadian one has gone on quite civilly and remained mostly focused on real issues. There are real issues at stake here in the Canadian election – and I had a chaotic but very thought-provoking week to reflect on some human rights concerns, both in Canada’s foreign and domestic policy. I had two sets of thoughts that popped into my mind as a result of being part of two human rights-related events this past week: global leadership on human rights is exceedingly difficult; and maybe we need some leadership on human rights domestically.

First, I had the honor of moderating the annual Keith Davey Forum on Public Affairs, which is co-sponsored by the Department of Political Science and Victoria University, at the University of Toronto. This year, I got to lead a discussion between The Honorable Lloyd Axworthy, who as Former Minister of Foreign Affairs led the way to ban landmines, is a celebrated name among human rights junkies in particular (like me … if you don’t know who he is, see this), and Professor Charli Carpenter, who is a colleague whose work I’ve referenced extensively in my own research. They were responding to the topic of “Is Canada Doing Enough to Promote Human Rights Around the World?” which was the topic that U of T’s political science students came up with for the evening. 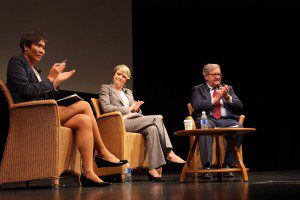 Courtesy of APSS, U of T

My major takeaway from the evening was about leadership on human rights issues. Global leaders rise and fall on the topic of human rights. Carpenter (see her talk here) cited some sobering statistics from the Center for Global Development about the contributions of both Canada and the USA on important indicators such as foreign aid, ease of immigration processes, and intervening to increase security for other countries. In some respects, Canada is doing better than other rich countries – especially on migration issues, where it ranks third after Sweden and Norway (solemn news: we’re dead last on environment). What these stats show is that no one is a clear “winner” in leadership on development issues, many of which intersect with human rights concerns. Some countries are really good at one or two things (e.g. South Korea on the technology front), and others seem pretty strong (but not the best) across the board: the Scandinavians, Denmark. Are we willing to accept that our human rights stewards are all somewhat flawed?

At different points in time, Canada and the USA were global leaders on human rights. Axworthy’s track record of leading the way for Canada (and therefore the world) in adopting the Ottawa Convention that banned the production, sale, stockpiling, and use of anti-personnel landmines was remarkable in several regards. One, it was the crossover of human rights into a “security” issue. Two, the innovation in the process was not to use established international legal mechanisms that privileged state access and allowed for powerful states with opposite interests to block the efforts of the anti-landmine coalition. Three, it showed how “middle powers” can actually have power in international relations. And four, the international coalition of NGOs that formed around this effort (the International Campaign to Ban Landmines) was successful in helping pull cooperative states together, and was recognized with a Nobel Peace Prize for its work. Canada was a human rights leader in raising and delivering new international law around munitions in the name of human rights, but has since fallen behind in advancing the human rights-security crossover it pioneered – it was a follower in the subsequent Convention on Cluster Munitions, and the Arms Trade Treaty, which just entered into force in 2014, lacks a Canadian signature.

The next evening, the Trudeau Center for Peace, Conflict, and Justice, which I direct, co-sponsored a screening of the film The Secret Trial 5. The film tells the story of five Muslim men who have been targeted under the security certificates process within the Immigration and Refugee Protection Act. I’m not a lawyer, but essentially, the Canadian government has, under extreme circumstances, the right to hold secret trials against non-citizens accused of participating in, among other things, terrorism. For years, they were held in prison without explanation until the government revised its practices, and allowed for special advocates to look at the files of the accused. Still, the procedures are largely behind closed doors and the accused are largely without information about their own charges. Two of the five men discussed in the film have since had their charges dropped (though they are not “innocent”); the remaining three remain under house arrest. The use of security certificates has been upheld as constitutional, and therefore not a violation of Canadian Charter Rights and Freedoms, which provides a set of constitutional rights for all people in Canada.

If human rights have “won” as a social and political idea (see my earlier post), we may be in a lot of trouble because of the complacency that we see around security certificates and other treatment of domestic threats in Canada (i.e. Bill C-51). But security certificates aren’t new – they’ve been on the books since 1978 – that’s right, since before the Charter, which was signed into law in 1982. According to my colleague Professor Audrey Macklin, “[e]ach [security certificate] iteration has been more restrictive and secretive than the last.” Security certificates clearly designate who can have their rights stripped – “them” and who can’t – “us.” As Macklin points out, citizens accused of terror activities are tried as criminals, and have protections that non-citizens do not.

Yet, maybe it’s how we look at what can be done for human rights, as Carpenter says. Maybe we should be happy that security certificates have only affected a handful of people since they came into law. And, state sovereignty means that a state can distinguish between citizens and non-citizens. Maybe that Canada (and the USA) are not dead last in most categories among rich countries should give us peace about our role in promoting human rights.

Still, given the tragedy of Alan Kurdi and the 13 years Omar Khadr spent in jail, including a decade at Guantanamo Bay, it makes me wonder if the right question of the moment regarding human rights is, if they have “won,” is this what victory is supposed to look like? Are we really practicing and promoting human rights?

US, Canada, and Humanitarian Flights for Syria’s Refugees