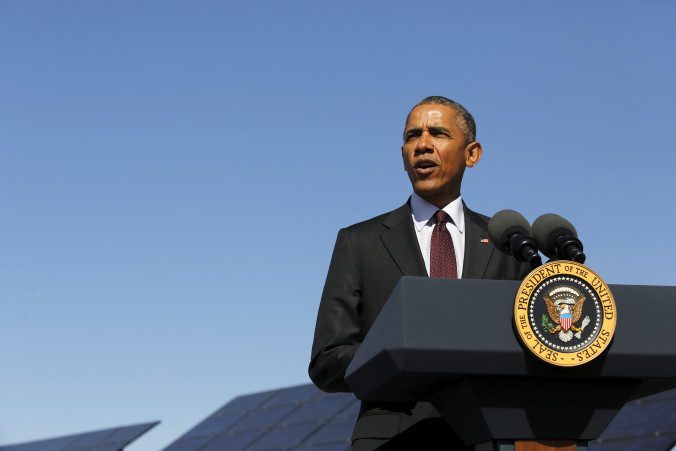 Yesterday, I posted about my canceled debate with Colin Dueck on the Obama Administration’s foreign policy. In part 1, I reflected on the Bush administration’s legacy. Here is part 2 of what would have been my defense of the administration’s achievements.  Again, it was a debate, where each of us were tasked to assume a side, and I wrote this to be delivered as oral remarks with attempts to dramatize things for a live audience. My thinking is in keeping with a number of recent evaluations of the administration’s foreign policy, notably essays that appeared in Foreign Affairs by Gideon Rose, Tom Christensen (on China) and Marc Lynch (on the Middle East).

The legacy of the Bush years informed the Obama administration’s strategic inclinations, including:

Now, on these terms, let’s ask how did the Obama Administration do? Are we better off today than we were before he took office?

Is the global economy in better shape? Did the global economic order collapse? Did the American economy recover? No one would argue it’s as good as it could be, but by the same token, we’ve had nearly 70 months of job growth and we’re now back to near official full employment, the auto industry and key sectors of the economy are healthy. Sure, some of this was started during the final Bush years, but early strategic intervention by the Obama team righted a sinking global and national ship. So, thank you Obama.

Were the wars in Iraq and Afghanistan ended? Is Bin Laden dead and is Bin Ladenism dead? Well, on that last point. Last time I checked Bin Laden was still dead. Now, as for Bin Ladenism, we have a successor creature in ISIS about which more I will say.

Obama withdrew combat forces from Iraq and intended to do so in Afghanistan by the end of his time in office, though that timeline has been extended. Conservatives will tell us that the hasty drawdown in Iraq led to the rise of ISIS. I’m certainly open to criticism by people including Peter Beinart on the left that the Obama Administration did not pay as much attention to the need to insist upon Prime Minister Maliki in Iraq on the need for power sharing with the Sunnis. However, when the Bush administration failed to conclude an extension on the status of forces agreement, the die was cast. Moreover, the die was cast when the Bush Administration broke the Iraqi state without contingency plans. That fundamental failing is ultimately the cause for today’s instability and continued danger posed by ISIS. The Sunni awakening and the Surge gave us a false sense of agency, as if the pulse of a small number of US troops really was responsible for doing the job.

What’s more, we can go through and fault the US for adventurism in Libya and inaction in Syria, but I will submit that the reason we had the Arab Spring is, at least partially, a consequence of forces released after toppling the Iraqi state. That action unleashed pent up but ultimately unmanageable aspirations for democratic progress in states that, save for Tunisia, lacked a democratic culture and civil society vibrant enough to contain Islamist pressures for theocratic rule and sectarian divide along religious lines (as in Iraq) or tribal lines (as in Libya). This inheritance has proved the most difficult for the U.S. to manage as it has a logic that is somewhat immune to foreign and US intervention.

I asked Joe Nye about this and he likened this process of the great unwinding and collapse of states in the Middle East to the French revolution, a process that at best outsiders can contain and insulate themselves from. Hence, the Obama administration is punished for action in Libya and inaction in Syria. Not to deny that mistakes weren’t made, but we have to put these mistakes in to proper perspective in terms of the consequence for U.S. national security. ISIS may be despicable actors who are further roiling an unstable region, but they do not pose an existential threat to the homeland. Let’s say you blame Obama for having been insufficiently attentive to the chaos wrought by deposing Gaddafi and for having done too little in Syria. Incoherent as these twin critiques are, how consequential have they been for the United States in terms of blood and treasure compared to the colossal blunder of imperial overstretch in Iraq? They pale in comparison.

Now, let me say something about Iran. Was a deal achieved? I believe there was. Oh yes, there was, for which all of us should breathe a sigh of relief. Yes, a nuclear Iran would have been awful but another war in the Middle East arguably could have been as bad or worse. Now, proof will be in the pudding of implementation, but on some level, I will give the Obama something of a free pass on Libya/Syria because getting this deal done with robust inspections and collaboration of its Security Council partners, including the sanctions strategy that brought Iran to the table, was a hugely consequential re-orienting of US foreign policy that in the throes of neo-conservatives could have very easily led us in to another blind alley of human misery and regime change, with unimaginable consequences for regional stability and tremendous costs for the United States. So, thank you Obama for that and god speed with implementation of the agreement. May it set in motion a more benign set of circumstances in the Middle East.

Let me say something about China. Here, we know all about the somewhat ill-framed “pivot” or rebalance, the strategy of simultaneous engagement and containment, with efforts to reassure allies in the Asia Pacific, to negotiate trade deals that reaffirm our involvement in the region. This is a project that is as yet unfinished and the relationship has become more fraught, but that is as much to do with China’s rising regional ambitions and choices. I would say that if it were not for being bogged down in the Middle East and Afghanistan, the Obama administration would likely have done more, but I concur with observers like Tom Christensen that this hedging strategy is the right one.

On the question of climate change, we are now poised with the recovery of the global economy and the careful cultivation of bilateral agreements with China, India and the other major emitters to be on the cusp of a new global agreement on climate change that will begin the slow and painful process of reorienting the global economy away from fossil fuels and to prepare for the inevitable consequences of some climate change we are slated to endure. I don’t want to count chickens before they are hatched, but again, this is a strategy with which I concur.

My next post (technically the final one of my prepared remarks) will talk about Russia, defense spending, and US standing in the world. I may write a fourth post anticipating the critique of this argument based on Dueck’s book.