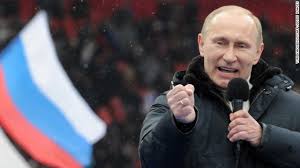 The problem of authority

Josh’s excellent tripartite (1, 2, 3) discussion of the Obama Administration’s foreign policy record in conjunction with with the narratives of Putin’s strategic leadership accompanying Russian military involvement in Syria have me thinking about the concept of authority. Specifically, I do not think we as academics (and as a result, policymakers) have a very good set of tools for thinking about leadership and authority in the international system. In large part I suspect the materialist foundations of much of IR theory are central to this gap, and indeed are reflected in the narratives surrounding Putin’s action.

As the story goes, Putin is exhibiting global leadership and building international authority by dint of the fact that he is doing something in a very specific way—bringing to bear Russia’s military capabilities to bomb the enemies of the Assad regime. This produces very optical and material action and as such seems to satisfy an assumption that leadership and global authority are based on military, material impact (with healthy dose of masculinity). Remarkably absent, however, are feasible claims about how Putin’s actions will produce global authority and with whom. How does bombing Bashar al-Assad’s enemies produce a collective shift in how Russia is understood vis-à-vis the hierarchy of the international system?

These questions remain unexamined and unanswered for the most part, and where they are there is usually a recourse to credibility—Putin is coming to the aid of his ally, thus demonstrating his credibility as an ally to others and building his/Russia’s global authority. But this claim seems nonsensical. The idea that Putin is standing steadfast by his ally by waiting four years to intervene in a civil war that has destroyed much of the country, displaced millions of people, and beggared the Syrian regime seems farcical. An alternative analysis would point to Russia as predatory: Putin has assessed that the Assad regime is so weak that, by intervening now, Putin can either ensure Assad’s subservience should his regime survive or likewise with any successor regime. But that is hardly reassuring to future potential allies, and seems unlikely to lead large numbers of states or their societies to turn to Russia for guidance or leadership in the international system.

The idea that Putin is demonstrating leadership or building global authority through military power projection—and the incoherence of that argument—demonstrates that academics and policymakers have little in the way of theoretical or analytical tools for coming to terms with international leadership and authority beyond the materiality of ‘doing something’. In particular, we do not have a good basis for understanding the socio-political foundations of authority in international relations. In this regard, we stand to gain much from the work in other fields like organizational sociology (here I am thinking of Mark Suchman, but there are others).

The absence of these tools prompts questions as to why IR scholars have generally neglected the concepts of leadership and authority. In fairness, Foreign Policy Analysis has a robust tradition of leadership analysis, but my reading of that literature is that it tends to focus on the relationship between foreign policy makers and their domestic constituencies, which leaves a substantial gap in terms of thinking about international authority. Some obvious reasons for that gap point to the predominance of materialist perspectives in IR. Structural approaches in both liberal and realist traditions have relatively little room for the concept of authority in the jostle of self-interest and power balances. Likewise, rationalist approaches conceive of authority in terms of the provision of material benefits (e.g. Lake’s transactional approach to authority).

Missing from many of these accounts are conceptions of authority as a socio-political phenomenon rooted in social interaction, collective belief, and conceptions of legitimacy. If the end of the US unipolar moment is upon us and with it the end of the overdetermined nature of US global authority, these matters take on increased urgency. If what passes for analysis in the past few weeks of Putin’s actions are any indication, IR scholars have a lot of work to do.

What’s Going On in the Sinai?