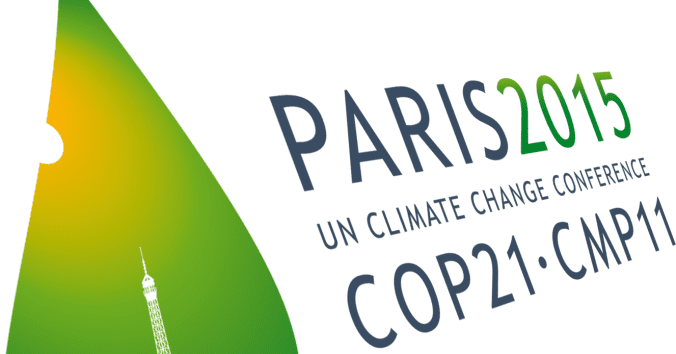 Last week, at the invitation of colleagues in the Center for European and Transatlantic Studies and the Center for International Strategy, Technology, and Policy I participated on a panel discussing the 21st Conference of Parties (CoP21) of the UN Framework Convention on Climate Change (UNFCCC) and the resulting Paris Agreement. My comments focused on thinking about the nature of success in international negotiations over climate change.

In a number of ways, if we go by the standard of previous environmental pollution treaties the Paris Agreement does not look like a notable success, hedging as it does in terms of a binding commitment on the part of the signatories. It calls nationally determined contributions (NDCs) but these are voluntarily set by signatories. Nothing in the agreement stipulates levels of carbon emission (or equivalent, e.g. methane or hydrofluorocarbons) reduction by signatories, so in principle the United States could commit to reduce emissions by a single ton of carbon dioxide or equivalent. This feature of the agreement is a source of concern, and is reflected in language noting the large difference between cuts climate scientists argue are necessary to avoid a 2 degree Celsius increase in global temperatures (in case you missed it, 2015 was the hottest year on record, surpassing 2014 by a stunning ~.29 degrees Celsius) and the intended nationally determined contributions submitted by the CoP21 participants. Even the NDCs are not enforceable within the Agreement; the mechanism for compliance consists of a committee that will be facilitative in nature—non-adversarial and non-punitive.

This is a far cry from the model of the Kyoto Protocol, which sought to set quantified and enforceable reductions to be achieved primarily through the cap-and-trade market mechanism like that of the European Emissions Trading System (EUETS). In turn the Kyoto Protocol bears similarities to other environmental pollution agreements such as the Montreal Protocol (which addressed ozone degrading chlorofluorocarbon pollution), the so-called acid rain treaty between the U.S. and Canada, or the Helsinki Protocol that cut sulfur emissions in Europe. By these standards, the Paris Agreement is a substantial disappoint.

Yet, the question for me is whether these are appropriate standards, or even if we have any experience or theory by which we can measure international climate change policy. I am not sure we do. Unlike historical precedents, climate change emerges from nearly every economic activity humans undertake because it is tied to the energy infrastructure that enables the modern political economy. That means that a climate treaty touches on almost every human activity as well as—to a substantial degree—social and political relations. To my knowledge, human political systems have never attempted to address a problem of such scale, which suggests that our historical role models do not fit, and indeed that our theories of international relations may not be up to the task (a subject for another post).

If we abandon existing standards, how then to judge the Paris Agreement? As with a number of commentators, I see substantial promise in the agreement. My optimism is based on the Agreement’s dramatic departure from existing models. Specifically, it seems to be built on the idea that an international accord can only facilitate action on climate change rather than drive it. As Janelle Knox-Hayes and I have written elsewhere (here and here), the meaning(s) of climate change and how to respond to it are deeply rooted in national socio-political contexts. The expansive nature of climate change sets it apart from other pollution issues (in which pollution arises from a small subsector of the economy or touches on a limited aspect of daily life) and makes broad-based public acceptance of the problem and the policy response crucial to success. The Paris Agreement seems to recognize that reality and gives policymakers tools to move their states and societies forward.

Crucial to the facilitative nature of the Paris Agreement are the ‘ratchet’ mechanism and transparency. The ratchet mechanism is housed within a five-year review cycle, under which signatories revisit their NDC to update progress and shrink their carbon emissions goal over the next five years. The benefit here is that it provides a trajectory and horizon for policymakers—the carbon bill comes due in 5 years, not some vague point in the future. This in turn has the potential to build momentum both by generating more consistent political pressure at the international level and regular opportunities to calibrate political and economic policy at the domestic level. While this has a number of benefits, one of the more important is that publics can begin to reimagine climate change not as an insurmountable challenge but rather something that can be tackled through policies that change over meaningful timeframes.

Transparency is generated by the requirement that the signatories submit their NDCs to the UNFCCC, which in turn makes them publicly available on the UNFCCC’s website. Some commentators have highlighted this will allow political leaders to shame those who do not meet their commitments—giving them an impetus to foster climate-friendly political and economic changes at home. We know from social identity theory that identity groups seek positive self-distinctiveness, priming potentially powerful social pressures in favor of climate change if political actors are able to use NDC commitments as a rallying point.

Transparency also provides national leaders an opportunity to take a visible international leadership role regardless of the size of their country. Setting and then meeting (or exceeding) ambitious NDC commitments will no longer be locked behind the doors of international negotiations, but instead become part of the public political scene and thus a possible source of political capital and legitimacy domestically and internationally. The opportunity for international leadership (for both policymakers and publics) might also have the important ancillary benefit of diminishing the need to rely on logics of security to generate climate policy, for which it is spectacularly unsuited.

Other elements of the agreement also work with social psychology rather than against it. For example, dumping the Kyoto Protocol distinction between Annex I and Annex II (developed and developing countries respectively) reorients perspective toward shared burden (every ton of CO2 put into the atmosphere moves humanity a ton closer to the 2 degree Celsius break point) and away from damaging identity relationships oriented around the developed/developing duality.

By backing away from universalist neoliberal/market based prescriptions that were  embedded in the Kyoto Protocol, the Paris Agreement creates space for polities and societies to pursue GHG emissions in ways that are compatible with their political economic culture. For example, as detailed in a forthcoming Oxford University Press book, Janelle Knox-Hayes has found in interviews that Japanese political and economic leaders are deeply skeptical of financialized approaches to climate change policy like carbon markets. That skepticism emerges out of an economic materiality grounded in Japanese economic culture. By putting in place a framework that allows Japan to pursue a climate policy through technological development and transfer and opening a discussion on how different approaches can be commensurated in terms of standards and reporting, the Paris Agreement lays the foundations both for policy rooted in local political economic culture and for international accountability.

So is the Paris Agreement a success? Only time will tell. If it breaks (relatively) new ground through facilitation and actually produces outcome convergence, the answer is obvious. It goes almost without saying that the momentum-based approach of the Paris Agreement would have been better suited to 15 or 20 years ago when humanity had spent less of its carbon budget*. If it is a success, I think it should also prompt rethinking in international relations on how states relate to each other in a world where, as the Economist noted, politics are local but the effects are global.

*The Intergovernmental Panel on Climate Change (IPCC) in fifth assessment report calculated that for humanity to have a 66% chance of keeping temperature change at less than 2 degrees C, it can emit 800 billion tons of CO2 (this excludes effects from climate active gases like methane). From start of industrial revolution to 2011, human societies emitted about 530 billion tons, or about 2/3 the total budget. If emissions maintain current levels, humans will use up remaining carbon budget in about 20 years for 2 degrees C, and 6 years for 1.5 degrees C. For three degrees C, by all estimates a disastrous degree of warming, about 56 years.

Bringing Iran in From the Cold