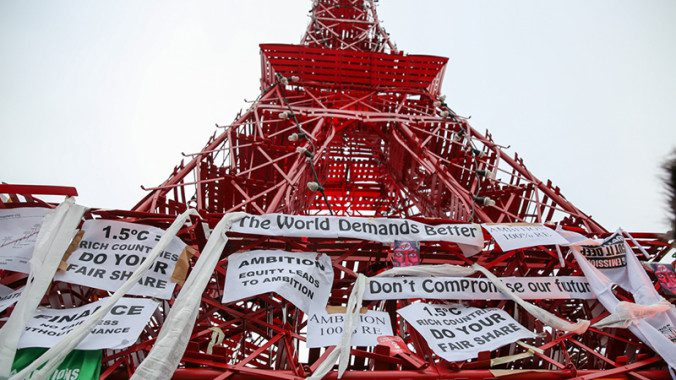 What Role for Non-State Actors in the New Climate Governance?

This is a guest post from Jennifer Hadden, an Assistant Professor at the University of Maryland’s Department of Government and Politics. I had the pleasure of editing a reviews exchange on her new book,  Networks in Contention. The exchange just came out in the latest issue of International Politics Reviews  and features reviews from me (Josh), Thomas Hale, and Johannes Urpelainen, as well as a response from Hadden herself. Ungated access here.

World leaders adopted a global agreement on climate change in Paris last month, as was widely reported. Less well know is that in parallel to the inter-state negotiations, the Paris conference included a high-level “Action Agenda” to recognize the commitments of non-state actors to reducing greenhouse gas emissions. The Action Agenda raised the profile of non-state actors within the UNFCCC, highlighting the critical role of cities, regions, businesses, faith groups, and NGOs in raising ambition, building knowledge, and supporting implementation.

The warm reception for non-state actors in Paris differs dramatically from the highly contentious environment of the Copenhagen climate summit, which I describe in my recent book Networks in Contention: The Divisive Politics of Climate Change. How has the role of non-state actors in climate governance evolved from Copenhagen to Paris? 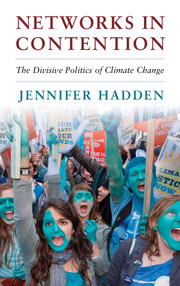 This week, International Politics Review published a review forum (ungated) amongst Josh Busby, Johannes Urpelainen, Tom Hale, and myself on this topic. In our exchange we use my book as a springboard to discuss recent developments in this area. Some main themes we discuss include:

The Agency of Multilateral Organizations