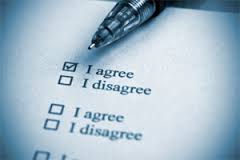 This is a guest post from Michael C. Horowitz (@mchorowitz), Associate Professor of Political Science and Associate Director of Perry World House, University of Pennsylvania

Last week, Charli Carpenter published an important piece advancing the conversation about public attitudes, public conscience, and autonomous weapons. Her post critiqued my recent article in Research & Politics on public opinion and autonomous weapons. As a former Duck contributor, I am excited to return and further the dialogue (for a longer version of this post that contains more detailed responses to some other parts of Carpenter’s piece, go here).

My paper demonstrates what Carpenter says it shows: that public attitudes about AWS will vary depending on the “primes” or “frames” used to provide context for the discussion. In particular, when AWS are presented as more necessary, defined in several different ways, public support rises. This is consistent with decades of political science research on how elite framing of issues shapes public attitudes. It is different from measuring public attitudes in a vacuum, and I hope that my original paper did enough to highlight this distinction. As I state on page 1, the article’s takeaway is that “public opposition to autonomous weapons is contextual.” (additional quotes on pages 2 and 7 say similar things). This type of inquiry is straight from the standard playbook on public opinion survey and field experiments, as research by Jamie Druckman, Diana Mutz, and others shows.

The use of experimental conditions to better understand important humanitarian topics includes studies on drones, climate change, same-sex marriage, race and tolerance, poverty, immigration, health care, and torture, among other topics (the links above go to research that uses experimental conditions to evaluate public attitudes; the torture pieces even build on the Gronke et al. research Carpenter cites). My results similarly show that public attitudes concerning autonomous weapons vary based on the frames used in the discussion.

I then conclude that “More directly, from a policy perspective, these results suggest that it is too early to argue that AWS violate the public conscience provision of the Martens Clause because of public opposition.” The logic behind my statement is that, since presenting AWS in a positive light leads to significantly more public support for their development, it means public opinion on this topic is still malleable. If context shapes attitudes in the case of autonomous weapons, as it does in so many other areas, then we need to be careful when asserting what public attitudes “are.” More research is necessary.

Thus, my paper did not make the claim that Carpenter objects most to – that I was directly measuring the public conscience. I was instead testing whether context shapes attitudes in the case of autonomous weapons by comparing experimental frames to an unframed condition, as scholars do in many other areas. What Carpenter and I disagree about most, it seems, is actually survey methodology.

More broadly, highlighting context in surveys of public attitudes is important because, in the real world, as Baum and Potter show, public opinion on foreign policy issues does not exist in a vacuum. Individual citizens tend to know little about (and pay little attention to) foreign policy issues. Cleanly measuring publicly attitudes is also tricky, especially on an issue such as autonomous weapons, which are not a hot button issue for the American public. Survey respondents are likely to have low degrees of information, meaning their opinions may represent what John Zaller calls non-attitudes. How elites (whether government, NGO, or other) raise and discuss issues, due to their informational advantage over the public, shapes public attitudes. Public attitudes are essentially formed in a process that involves framing.

In an environment where survey respondents have low levels of information, one can measure the public’s instinctive reaction with a “clean” survey and get a snapshot of public attitudes. However, public attitudes on many topics also change over time due to exposure or information (for example, same-sex marriage). Thus, experimental conditions that reflect potential elite argumentation show how real world debates may influence public attitudes (for another example on drones, see this). This is also one reason why my paper tested how the level of information respondents have about autonomous weapons influences their opinions (see Figure 2).

Moreover, there are limits to clean surveys with open-ended prompts, the type Carpenter prefers, as well. Nearly all survey questions, including Carpenter’s, also bias respondents in their framing. And asking people about autonomous weapons, for example, means the responses conflate survey respondent views on autonomy with survey respondent views on weapons. Someone that is opposed to all weapons, for example, might oppose the development of autonomous weapons not because they are autonomous, but because they are weapons.

Additionally, since many people have unformed opinions, open-ended prompts can lead to response instability. A lack of eloquence or sufficient frame of reference to answer an open-ended question can complicate the results. In particular, moral attitudes are often unconscious, making them particularly hard to articulate. Methodological pluralism is therefore helpful to get multiple takes on public attitudes.

It is also important to note that my study was not, as Carpenter states, “biased in favor of killer robots” because the experimental conditions are “drawn purely from pro-AWS hypotheticals. The experimental conditions focus on issues such as protecting US troops and military effectiveness, with some respondents, for example, told that AWS are more effective than other weapons, and others told they are not more effective (all question wording, data, and replication information is available here).

Given Carpenter’s finding of public opposition to AWS, my experimental design attempted to test the scope of that opposition. After all, if frames where AWS were more effective than other weapons or would protect US troops did not lead to greater public support for AWS, that would be especially strong evidence about the level of public opposition. Instead, the results show that context matters.

The next step could be follow up research looking at how pro and anti AWS moral, humanitarian, and military frames influence public attitudes about AWS (as well as more representative surveys outside the United States, building on research by the Open Roboethics Initiative, and surveys comparing attitudes about AWS to other weapons). Our understanding of public opinion in this area is still limited. Combined with the open-ended survey prompts that Carpenter prefers, this could further build knowledge. This is consistent with my conclusion that “[M]ore research is necessary to scope out how the context influences public support for and opposition to autonomous weapons.”

Carpenter concludes that “Horowitz’ own data on autonomous weapons proves his assertion wrong.” Since I only claim is that public opinion is context-dependent on the topic of autonomous weapons, and that Carpenter agrees with that point in another part of her post, I actually think we agree more than we disagree. Interestingly, my baseline results replicate, in part, Carpenter’s initial findings of baseline opposition to AWS, as she states. This should increase confidence in the experimental results, because it means that, even though the study utilized a convenience sample, not a representative population sample, it generated similar results to Carpenter’s survey.

My paper does not support or oppose a ban on autonomous weapons. It is social science research – survey results that attempt to better understand the conditions in which the very opposition Carpenter identifies may or may not hold.

If policymakers can present AWS in ways that make them seem more (or less) attractive and by doing so impact public support, this has policy and empirical social science implications. The bar for speaking for humanity by claiming any weapon violates (or does not violate) the global public conscience should be high. As stated above, if public opinion was not malleable even when respondents were presented with information suggesting the effectiveness and utility of AWS, it would say something unique about the level of public opposition. My results show, however, that as with many other issues, public opinion on AWS depends on the way the issue is presented.

For those who support a ban on “killer robots,” these results also have implications. There may be nascent public opposition to autonomous weapons, but political reality is fragile. Public conscience, of which public attitudes are a part (as Peter Asaro argues), might not be manifest in the moment societies decide whether to develop or use autonomous weapons, depending on the scenario. If the goal is to “ban killer robots,” therefore, my results show it is useful to better understand the interaction between elite framing and public attitudes.

Finally, Carpenter’s piece also raises crucial methodological questions. Do normative beliefs exist in a vacuum, and what is the best way to measure them? Carpenter prefers “clean” surveys with open-ended prompts for respondents to report why they have the attitudes they have. Yet open-ended surveys are not perfect, as I describe above. Moreover, as autonomous weapons become more politically salient, elite discourse will shape viewpoints more. It therefore makes sense to also understand the way different approaches to explaining the issue of autonomous weapon systems may influence those public attitudes. Methodological pluralism is critical, therefore, to move the discussion forward and build scholarly knowledge about public attitudes on autonomous weapons.