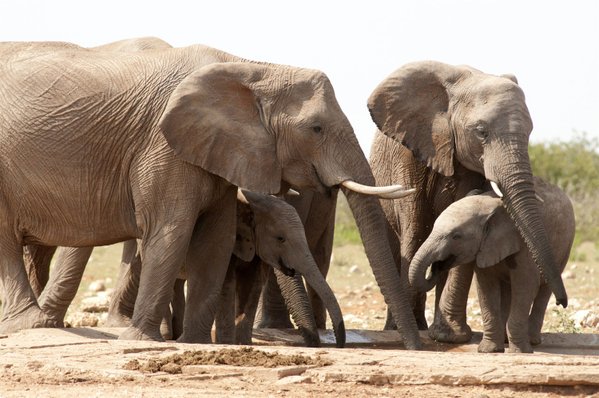 The Anthropocene and the End of Large Fauna? Will Political Scientists Show Up?

Geologists now say that humans have had such an impact on the earth that we have entered in to a new age, what has been termed the Anthropocene. On some level, this is a political statement, but on another level, it could be an observable layer in the physical surface of the earth that future generations will excavate to find plastics and garbage.

This era, and soon, may also spell the end of large fauna. Elephants. Rhinos. Giraffes. Vultures. Lions. Tigers. Leopards. Polar bears. These could be all be extinct before I die. And that would be an unimaginable travesty against nature.

I’ve written about this topic before on this blog, but in this post, I want to lay down a marker for why this is an important area for political science that extends well beyond scholars of environmental politics.

Yesterday was World Wildlife Day, and governments around the world are in a frantic race to crack down on the poaching crisis that has emerged, largely but not exclusively in Africa, where some of the last great populations of incredible creation remain. The poaching crisis is fed by demand, mainly from Asia, where increased purchasing power has accelerated the capacity for consumptive appetites for decorations and folk medicines.

International criminal syndicates have jumped into the business to make vast sums of money trafficking in rhino horn and ivory, taking advantage of local poverty to encourage locals to poach for meager rewards while they capture rents for their own ends. This has been enabled by corrupt officials in animal-rich countries like Tanzania who have turned a blind eye to such malfeasance in exchange for a cut.

This unrelenting poaching crisis has been under way for well over a decade. It’s stimulated by the greatly expanding demand for animals, plants, and wildlife products particularly in China, East Asia, and among East Asian communities around the world. The crisis has been enabled by extensive and increasing corruption among park rangers and customs officials in many wildlife source countries, including in Southern and Eastern Africa and Southeast Asia. The problem has also been exacerbated by the complicity of local communities living near parks, and facilitated by the sheer scale of legal trade among which wildlife contraband hides. The growing firepower of poachers and desperation of policies adopted in response—such as to shoot poachers on sight—have multiplied the violence levels associated with poaching and wildlife trafficking.

To put the situation in perspective, here is a tragic story out of South Africa this week about an elephant that was poisoned, shot, and then its ivory tusks removed, leaving the contaminated carcass to kill other animals:

The park’s managing executive Glenn Phillips said: “It seems poachers have resorted to wildlife poisoning in the national parks and other protected areas in Southern Africa.”

Investigators said the elephant was shot in the head, its tusks removed and its carcass laced with poison.

Two lions, 110 white-backed vultures and two jackals died after feeding on it.

The remains were found by rangers over the weekend, although it is not known when the animals were poisoned.

The end game could be a dramatic decline if not outright extinction of large fauna. We should accept that as a species, and as a vaguely policy-relevant discipline, we should not be absent from that conversation, but I fear we are.

Where is Political Science on Wildlife and the Environment?

I am struck by these developments which in my mind are as significant as some of the most important political events of our time, and yet, where is our discipline on these questions in the mainstream IR journals?

There are critical questions that our discipline could help answer in terms of transnational collective action and the challenges of supplementing state regulatory capacity. We could examine how changes in the global economy facilitate consumption of these and other goods. We could also explore messaging and framing campaigns, why what has been tried has not worked and what kinds of appeals might convince consumers to change their behavior. The efficacy of the CITES wildlife trade regime would be a fantastic area for study.

I typed “wildlife” in to the search engine for International Organization and the last article that came up was from M.J. Peterson in 1992 on whaling. I found one wildlife-related article in Perspectives on Politics from 2009 and one book review of a wildlife related  in APSR – from 2002.

I typed “climate change” in to the search engine and came up with one explicit article in IO from 2009, with a couple of theoretical articles by Johannes Urpelainen and Tana Johnson that I suspect may have some environmental content. I did the same for APSR, Perspectives, and PS, and there is a prominent Keohane and Victor article on the climate regime complex in Perspectives and a Keohane piece in PS but not much beyond a few book reviews in POP.  The Keohane PS piece is largely a lament that the discipline has ignored climate change. There is one 2014 article in POP literally called, “The Most Important Topic Political Scientists Are Not Studying: Adapting to Climate Change.”

I typed “environment” and nothing came up that was explicitly environmental-related in IO for about 100 articles. There was a 2010 piece by Cao and Prakash on pollution.  The only other one that came up fairly early was a 1994 piece by Sprinz and Vaahtoranta. 1994! (Perspectives was a little better on environment-related articles with several pieces over the last decade). *Postscript1 – As Arun Agrawal pointed out to me on Twitter, he does have a piece on sustainable development in APSR that focuses on how monetary rewards can undermine nonmaterial reasons for supporting the environment, based on motivational crowding theory.

A quick scan of “climate” and “environment” in ISQ brought up a few more pieces, several by Aseem Prakash, but two of them were mine.

There may be other more recent ones, and this was hardly an exhaustive search. Scholars have published important environment-related scholarship in other general IR journals (Alexander Thompson in EJIR for example on climate, Jana von Stein in JCR on climate for example). Certainly, there has been an important emergent discussion of climate, natural resources, and security that has taken place in Political Geography, International Security, and the Journal of Peace Research.

However, when we look at APSR and IO, it’s pretty slim pickings. IO used to have a lot more environmental work from Marc Levy, Robert Keohane, Ronald Mitchell, Peter Haas, Oran Young, among others. What happened to environmental scholarship in top journals?

Did people stop studying the topic or did the journals stop publishing them? Or both? Whatever the cause, it is a shame these discussions are largely absent in our central disciplinary journals. It sends a signal to graduate students that to get ahead in the field you should study other things. In twenty years, people will look back and say why didn’t political scientists engage more on the greatest threats to life on this planet?

Is it possible to be a realist?

How (Not) to Measure the “Public Conscience”