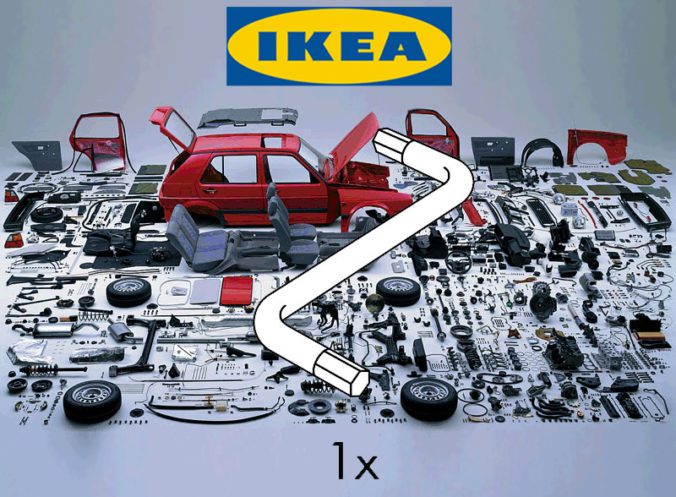 Adaptability or Compliance? Modular Weapons and the Rules of International Law

As many who read this blog will note, I am often concerned with the impact of weapons development on international security, human rights and international law.   I’ve spent much time considering whether autonomous weapons violate international law, or will run us head long into arms races, or will give some incentives to oppress their peoples.   Recently, however, I’ve started to think a bit less about future (autonomous) weapons and a bit more about new configurations of existing (semi-autonomous) weapons, and what those new configurations may portend.   One article that came out this week in Defense One really piqued my interest in this regard: “Why the US Needs More Weapons that can be Quickly and Easily Modified.”

The article’s author, Andrew Hunter, is director of the Defense-Industrial Initiatives Group at the Center for Strategic and International Studies. He has a history and tenure dealing with US weapons acquisitions in the Defense Department, and has worked for the House Armed Services Committee. In short, we should probably listen to his sage advice. Or, perhaps we should question it and give pause to the potential consequences of it, particularly as it relates to obligations states have to review new “weapons, means or methods of war” under Article 36 of Additional Protocol I to the Geneva Conventions.

In the study, development, acquisition or adoption of a new weapon, means or method of warfare, a High Contracting Party is under an obligation to determine whether its employment would, in some or all circumstances, be prohibited by this Protocol or by any other rule of international law applicable to the High Contracting Party.

In essence, Article 36 obliges states to undertake a review process whereby they consider whether the new weapon, means or method violates core principles of international humanitarian law—such as distinction, proportionality, environmental considerations, or superfluous injury—or other treaty obligations. Article 36 reviews can take place through operational analysis or demonstration or through scrutinizing a concept of use, manufacturer, scientific, or medical reports. However the review is completed, there is an assumption that the acquisition process of a new weapon, means, or method will allow time for a state to consider whether it complies with international law. New weapons take years to develop, and they require testing, validation and verification, as well as initial slow adoption to work out any “bugs.”

Yet Mr. Hunter argues in his article that technology is developing too quickly and that the acquisition process “is far too slow,” and the US needs “dedicated rapid-acquisition lanes” that can use “flexible funding accounts, rapid reprogramming, and rapid acquisition authority.” Rapid increases in acquisition aside, the real worry with Hunter’s proposal is here, where he states:

Also needed: a modified requirements process. The standard approach focuses on system-level attributes, extended analysis, and inflexible performance parameters that become pass/fail criteria. Adaptable systems need dynamic requirements that can be revisited and modified constantly, as well as a recognition that system-level attributes will often be less important that the subsystem attributes they enable.

In plain terms, he wants modular systems that can be reconfigured to enable new types of weapons that the potential to deliver new effects. If one buys a missile, one might also want it to be adaptable to carry submunitions, or if one buys an airframe, one wants the option of making it manned or unmanned, combat or for intelligence and surveillance. One can think of it like an Ikea catalogue for weapons: cheap, easy to assemble, reconfigurable and compatible with everything else in the store.

The problem is twofold, however. First, it is unclear to me whether existing systems patched together in various ways would be “new” systems that require Article 36 reviews. One could try to skirt one’s international legal obligations by claiming that they are not really “new” weapons, means or methods. Yet even if one granted that such new modular configurations were “new” in their effects, and thus subject to legal review, the notion of rapid acquisition and deployment would undermine the review process.

This is dangerous. It is dangerous because one could field new configurations of systems without understanding the potential interactions of new complex systems. It is also dangerous because incentivizing “fast lanes” and “rapid acquisition” also creates incentives to field things and may undervalue or penalize more cautious approaches to development or deployment. This may result in corners cut, or just plain negligence when it comes to foreseeing adverse consequences for both combatants and civilians. Tightly coupled systems could result in fratricide or mass casualties.

The result of this modular Ikea based approach to new weapons systems would be one where Article 36 reviews are under even further strain, and states are pushing ahead without understanding the full ramifications of their actions. To be sure, the acquisitions process is not easy and may be “broken” but to do away with it in favor of something that runs counter to the presumptions of review, testing and verification is risky at best. At worst it is to rush headlong into even more frustrating or dangerous waters.  The potential costs of increasing development and deployment tempos are not merely in dollars spent, but in the lives of men, women and children.