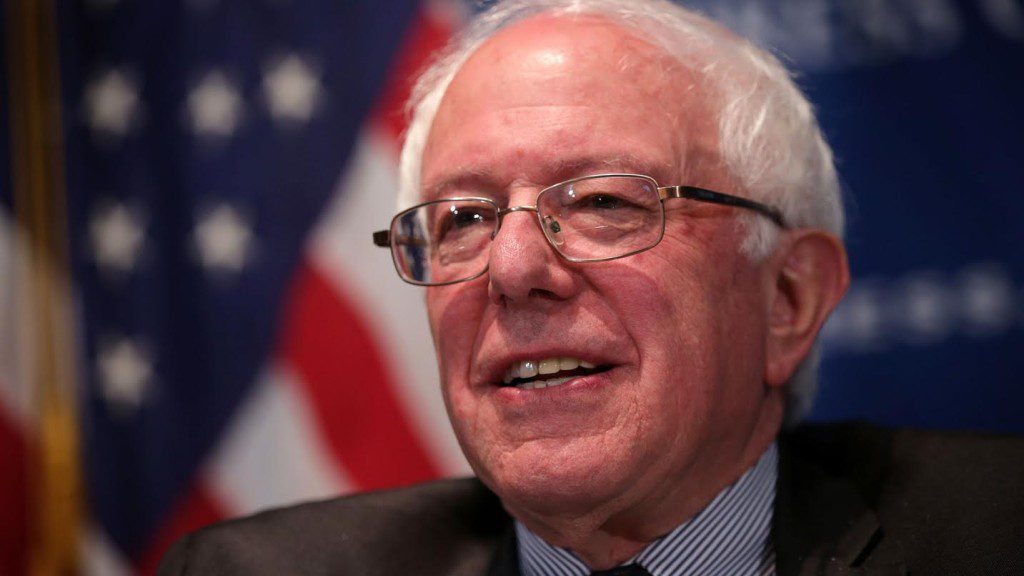 On April Fool’s Day, Presidential Candidate Bernie Sanders did an interview with the New York Daily News, perceived by many to have been a botched performance.  Yesterday, the New York Daily News followed up with a piece entitled “Bernie Sanders Doesn’t Know Enough About Foreign Policy, Pros Say.”  (The ‘pros’ cited  were not some representative sample of beltway illuminatis but rather various Clinton foreign policy advisers who will reportedly be circulating a letter saying as much in the next days.) As an IR educator I’m delighted that foreign affairs is looming large in a national primary – for once! But this also raises fascinating questions about how we evaluate Presidential candidates.

The need to do more homework on foreign affairs is a fair critique of Sanders, even if you’re not a Clinton endorser. But then again, it’s a fair critique of anybody seeking national office. None of us “knows enough” about foreign policy, not even the experts. Heck, I’m a Full Professor of International Relations and still consider myself only a true expert in a few areas, where I constantly work, like any specialist, to stay caught up with a rapidly changing world. If I were running for Commander-in-Chief I would surround myself, as all the candidates including Sanders have, with formal and informal advisers,* with different expertise, on different intersecting issues, to help weigh multiple foreign policy options and formulate agendas.

So on balance, I think it’s amusing that Sanders is taking such heat from foreign policy “pros” on his lack of early policy detail, for two reasons. First, the New York Daily News itself got a lot of details wrong, both in the way it reported on Sanders’ critics and the way it asked questions in the original interview. Second, Sanders’ answers – even on Gaza – were more appropriate and discerning than has been widely acknowledged, precisely because they hinge not on details but on the clarity of his wider principles and vision.

And that’s not a surprise: at an early stage of a Presidential campaign few candidates have sorted out all the details of their future policies. As James Joyner points out, it is unreasonable to expect a commitment to too much nuance too early on from Presidential candidates, due to the nature of the US electoral process and political system. President Bartlett may have played well on TV, but a US President in real-life does not need to be a walking encyclopedia of facts. In fact, voters don’t much like a know-it-all.

What matters more – and what should matter for any candidate in my mind – is a consistent and appropriate overall vision, and (crucially) a willingness to seek out and listen to her/his advisers about how to execute.  Sanders consistently demonstrated both these qualities in his NYDN interview.  Overall, this moment tells us more about his foreign policy chops than critics admit: that Sanders thinks before he decides, is not afraid to ask for information he doesn’t have, and sees foreign policy through a consistent lens of his core principles: restraint, diplomacy and shared humanity.

Consider Sanders’ much-maligned remark on the number of Palestinians killed by Israel in Gaza. The Anti-Defamation League criticized Sanders for inflating the number of deaths; former Israeli ambassador to the US Michael Oren accused him of committing “blood libel.” (In a diplomatic overture, Sanders quite appropriately apologized for his mis-statement.)

But note what Sanders actually said was not a statement of fact but a qualified statement of his best ‘recollection’:

“I don’t remember the figures, but my recollection is over 10,000 innocent people were killed in Gaza. Does that sound right?”

What the reporter later said was:

Okay, while we were sitting here, I double-checked the facts. It’s the miracle of the iPhone. My recollection was correct. It was about 2,300, I believe, killed, and 10,000 wounded.

So who was actually “correct”? In a sense, maybe both. One way to view this is that Sanders made a simple semantic mistake, referring to deaths instead of “casualties” (which include wounded as well as killed). That’s a common error among non-specialists – had he said “casualties” the 10,000 number would have actually been an understatement.

But there are other ways to look at this. Was Sanders referring only to deaths in Operation Protective Edge  in 2014, where best estimates are, as the unnamed NYDN reporter stated, in the range of 2,000 dead civilians depending on who you ask? Or had Sanders meant to refer to the total number of civilians killed in Gaza by Israel since the beginning of the second intifada in 2000, including Operation Cast Lead in 2008-2009, and Operation Pillar of Defense in 2012? Or, for that matter, going back to the first intifada in the 80s and before? Depending on how you measure it, that number may indeed be closer to 10,000 than to 2,000, according to statistics from B’Tselem, an Israeli human rights NGO widely considered to be the most neutral source on the subject.

Then again maybe neither of them had the right number. The real truth is, civilian casualty estimates are always disputed – even the most neutral number crunchers disagree on who the real civilians are, for one thing – and there is no international authority on this, so there is no “true” number.  What struck me about the difference between Sanders and the NY Daily News reporters was not that one of them had the “right facts” and the other didn’t, but that the reporters were willing to claim they had the “correct” facts (or could find them easily by Iphone, in a cyber-sea of disputed statistics), whereas Sanders was willing to admit he might have the number wrong.

Ultimately, haggling over exact death tolls is a distraction, because the exact number doesn’t actually matter to Sanders’ larger (and largely uncontroversial) point: that disproportionate use of military force is both unethical and counterproductive.

I think most international observers would say that the attacks against Gaza were indiscriminate and that a lot of innocent people were killed who should not have been killed… I believe 100% not only in Israel’s right to exist, a right to exist in peace and security without having to face terrorist attacks. But from the United States’ point of view, I think, long-term, we cannot ignore the reality that you have large numbers of Palestinians who are suffering now, poverty rate off the charts, unemployment off the charts, Gaza remaining a destroyed area. And I think that for long-term peace in that region, and God knows nobody has been successful in that for 60 years, but there are good people on both sides, and Israel is not, cannot, just simply expand when it wants to expand with new settlements. So I think the United States has got to help work with the Palestinian people as well. I think that is the path toward peace.

The point is, Sanders’ strength and moral compass – like any Presidential candidate’s – come from his larger vision, not his command of brute detail. And that vision in this case surely makes some sense, in terms of articulating a progressive foreign policy, whether 2,000 or 10,000 civilians died or were killed+wounded in Gaza, in 2014 or between 2000-2016, or whether Sanders is talking about Israel or any other country. Indeed, in his remarks on drones, Sanders applies the same standard to US military power as he does to our allies:

Drones are a modern weapon. When used effectively… that’s pretty impressive. When bombing wedding parties of innocent people and killing dozens of them, that is, needless to say, not effective and enormously counterproductive. So whatever the mechanism, whoever is in control of that policy, it has to be refined so that we are killing the people we want to kill and not innocent collateral damage.

Overall, this is a doctrine emphasizing restrained and lawful use of force, an emphasis on diplomacy, and a recognition of the interdependence between human security abroad and national security at home. These are important principles that fit with what many experts know about how to achieve the kind of long-term goals all the candidates espouse.

Yes, he’s still vague on details. But if Sanders doesn’t know enough about foreign policy (yet) at least he’s willing to say so. Ultimately Sanders is taking most heat because he refused to bullshit his way through places where he felt out of his depth. But as a foreign policy expert, I was heartened by his willingness to say, “I haven’t thought enough about that yet,” and his comfort in acknowledging and correcting mistakes of fact or semantics. I see this as a strength, not a weakness – in my students, in my colleagues, in people generally and certainly in a Presidential candidate. The world is a complex place and none of us are or can be experts on everything. Indeed, as someone who lived under the rule of George W. Bush – a President who also knew precious little about the world but acted as if he didn’t need guidance from experts – this foreign policy “pro” finds the humility of Sanders’ stance, coupled with the sensibility and morality of his vision, not a little reassuring.

Cross-posted at Lawyers, Guns and Money

The Paris Agreement: When is a treaty not a treaty?