Drones Kill More Civilians than Manned Aircraft Do. That’s Because of How We Use Them. 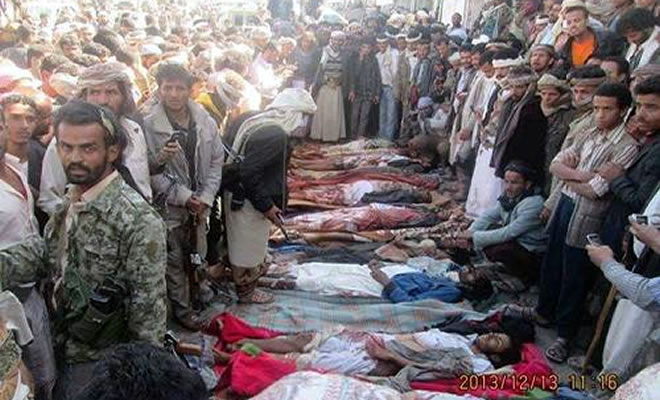 At Foreign Policy, CFR’s Micah Zenko has examined the best civilian casualty data available for both manned airstrikes and drone strikes between 2009-2015 and concluded, pretty damningly, that “Drones Kill More Civilians Than Pilots Do.”

According to the best publicly available evidence, drone strikes in non-battlefield settings — Pakistan, Yemen, and Somalia — result in 35 times more civilian fatalities than airstrikes by manned weapons systems in conventional battlefields, such as Iraq, Syria, and Afghanistan. There are sound arguments that can be made in favor of U.S. drone strikes, but their supposed precision should not be one of them.

As Zenko notes, this is an important corrective to the Obama Administration’s frequent claim that “drones are precise weapons.” But the article begs the question of how to explain this finding. And Zenko (or more likely the FP editors) make a few important mistakes here that, if attended, to, might lead to some potential answers to that “why” question.

1) Drones are piloted. The distinction isn’t between drones and piloted aircraft, it’s between manned and unmanned aircraft. And that difference is not just where the pilots sit – in a cockpit or a military shed in Nevada – bu also with who the pilots are – manned fighters are piloted by members of the armed forces, but some drones are piloted by CIA agents: civilians themselves not trained in the laws of war. A classified study of USAF manned strikes v. drone strikes in Afghanistan found similarly that manned strikes yielded fewer collateral deaths, and argued that the difference could lie in the laws of war training received by USAF pilot but not by the CIA.

2) It’s the Non-Battlefields Settings, Not the Drones. While the study is telling, note that Zenko compares apples and oranges: manned strikes in battlefields, v. drone strikes in non-battlefield settings. To really tell whether drones are more or less precise than manned craft, you’d need to study them in battlefield settings where manned strikes are also used.  What this study can tell us with some certainty however is that we are killing more civilians outside battlefields – where frankly the civilian/combatant distinction doesn’t even make sense! – than in wars. And that is certainly something to be reckoned with. While drones can likely be used at least as lawfully and discriminately as other aircraft in actual war zones, attempting to insert them in non-conflict zones as law enforcement tools is another thing entirely.

3) In Non-Battlefield Settings, Suspected Terrorists are Civilians Too. And this leads to the final conceptual problem with Zenko’s article: like so many writings on drones, it seems to take for granted that the problem, even in non-combat zones, is “collateral damage” – the fact that we might kill a few civilians as well as those we’re actually targeting.  But since war law only applies in situations of armed conflict, and the strikes he examines are by definition in non-battlefields settings, it’s more accurate to stay that even those we are targeting for execution are rightly understood as civilians. Criminal suspects to be sure, but under peacetime rules, summary execution of criminal suspects is a violation of human rights law. Blowing up neighborhoods in order to kill them, to avoid the trouble of capturing them, would be considered an atrocity if it happened in Paris or New York. And treating these acts as somehow comparable to what goes on in conventional battlefields may be part of the problem.

In short, it may not be the drones. It’s likely how we use them.