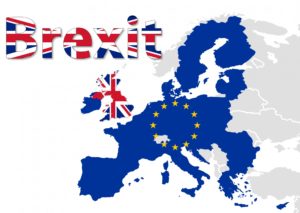 It is the election of Sadiq Khan that gives foreign friends of Britain a little hope, as fears of immigration and alleged shenanigans in Brussels have heightened and thereby tempted Britons to exit from the most successful large-scale political experiment in history, aka Brexit. But the success of Mayor Khan bodes well for the British people keeping in mind the global leadership role the UK plays, and remaining forward-looking in voting to do what is best for Britain and stay engaged as a leading member of the EU.

Elite members of the “Leave” campaign have charged that the U.S. would never remain subservient to a foreign court or a supranational government above its own. Touché, for they are right—in part. The U.S., it is true, in its current state would not go down such a road, for it is the world’s sole superpower. But, were it in Britain’s shoes at present it most certainly would—just as the UK wouldn’t if it were the world’s reigning colossus keeping the shipping lanes open in the East and South China Seas and so forth.

But one hopes that the UK will do not simply what is profoundly in its interest—particularly in economic terms—but also fully in the spirit of what is best about British society and culture. As one of my former boss Sir Edward Heath’s colleagues memorably put it, in world affairs Britain punches above its weight. However, this critical stature will be considerably diminished were it to pack up and politically retreat back across the Channel.

The UK would also ipso facto become less valued by the United States. In short, the cherished “special relationship” would lie in tatters. Quite simply, Britain would be less geopolitically useful to America. Moreover, the admiration Americans hold for Britain would falter, as the openness and tolerance of our British cousins would increasingly be called into question. The UK would be less recognizable, and a whole lot more bewildering.

“Leave” campaigners claim they can easily stich up a free-trade deal with the U.S., but this is not on the cards either—not with Americans in a foul mood these days, with average Americans buffeted by the downsides of globalization and temporarily more nationalist and less tolerant than they normally are. What is more, France has begun to look more reliable, for not only has Paris continued to take on global leadership—from Mali to Middle East peace—but a prominent Frenchman recently reminded Washingtonians that France was America’s “original ally.”

With conventional deterrence in Europe eviscerated by Vladimir Putin’s annexation of part of sovereign Ukraine and propping up the barrel-bombing Assad regime, the U.S. needs the UK leading in the EU and keeping the sanctions regime fully in place against Russia. Inside the Beltway we tend to view Britain as a useful counterweight to Germany, for we are acutely aware of how many German firms do business in Russia and the degree to which the continent remains dependent on Russian gas. We also need our most reliable ally in dealing with an increasingly aggressive China—in particular the suppression of democracy in Hong Kong and threats against Taiwan. The UK is also playing a leading role taking on the remnants of al-Qaeda and taking the fight to ISIS in Iraq and Syria, not to mention the efforts of its troops and civilian experts in places like Afghanistan.

Moreover, the British people must be beginning to watch the financial turmoil that is already occurring around the world in response to their being tempted to leave. The run on the pound has already begun, and currency and stock markets on a global scale are beset with volatility and depressing values. All of this is a sign of things to come inside the UK, were a majority of its populace to go forward with Brexit next week.

But on another level, Britain closing off and giving in to its worse impulses is not an attractive sight. Racism, intolerance, closemindedness, fearfulness, and acting contrary to one’s own interests are not recognizable to us. The UK we know and revere is the opposite of these less than desirable attributes, a culture not of bloody mindedness but of remaining steady and getting on with it—providing timely leadership, and all with a wisp of irony (for not taking oneself too seriously is something we on this side of the pond are still getting acquainted with).

Britain actually needs immigrants at this point and time, with its low unemployment rate and less than chipper GDP rate. Like America, it needs a regular supply of the energy, dynamism, and reinvigoration that comes with newcomers. Britain’s internal security forces are among the finest in the world, and the UK is rightfully allowing itself just a bit of pride in having the world class city of London led by a sturdy Londoner who just happens to be Muslim.

When I worked for the man who led Britain into what was then the EEC, I quickly came to respect Sir Edward for his repeated polite refusals of offers to “retire” to the House of Lords—I was there when he got to sit in the Speaker’s chair as he became the Father of the House (of Commons). The man quite simply wanted to keep on fighting for his country, in the arena in which he had the most influence—not unlike that same country’s position at this present historical juncture.