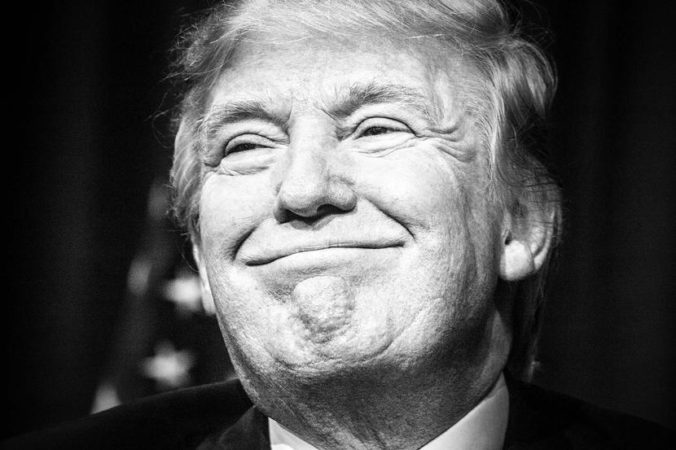 Is there such a thing as blogger’s block? I suppose there must be. I’ve found the whole Donald Trump saga to be emotionally exhausting. It’s hard to write more than 140 characters about this presidential race. How is it possible that he could or will be the nominee of a major party?

Which groups has he not offended?

This weekend it was the Jewish community’s turn after Trump retweeted an anti-Hillary picture that featured a six-sided star and a background of dollars. A news organization tracked down the origins of the image on a neo-Nazi thread on a message board.  This is not the first time. On Facebook, we debated whether it was incompetence or anti-Semitism. Probably both.

As James Fallows argued, either is bad on its own:

So you can take your pick: negligence, or malice. Either a presumptive major-party nominee is spending his time, as he “pivots” toward the general election that happens just four months from now, sending out personally insulting tweets without having anyone check their provenance and implications; or someone in the campaign is doing this on purpose, dog-whistle style. I think the former is more likely, but either one is bad.

It’s hard to believe that he’ll make it to the convention, or that he could possibly still be in this race. While polls show a pretty wide lead for Hillary,  Dukakis also had a big lead at this point. 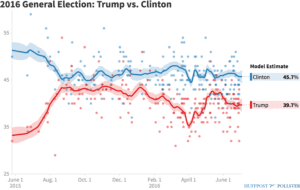 The Brexit vote in the UK raised fears that perhaps there is a misread of the public mood and that there might be a populist revolt in the US that would put Trump over the top  (though polls in the UK weren’t all terrible and demographic diversity in the US makes the cases very different).

Still, how is that more than 30% of the electorate can even be flirting with Trump?

His first reaction to the shooting in Orlando was an unseemly self-congratulations:

Appreciate the congrats for being right on radical Islamic terrorism, I don’t want congrats, I want toughness & vigilance. We must be smart!

His first response to Brexit was to crow that the decline in the value of the pound would mean more business for his golf course.

Trump lies so much that it took 12 fact checkers from the AP to get through a Donald Trump speech. He loaned his campaign $50 million with 20% of his campaign expenditures going to Trump businesses or family. While he says he repudiated the loan to the campaign, he has yet to file the paperwork, meaning that donors to his campaign might be just allowing the Donald to pay himself back.

His Trump University and Trump Institute both appear to be scams, reinforcing the conclusion that Trump is a serial scam artist and inveterate grifter.

I could go on and will. In my next post, I’ll try to move beyond my disbelief that Trump is actually a major party presumptive nominee to say something more about what arguments and messengers might be able to stave off a Trump presidency, something analysts regard as one of the top global threats.